In March 2020, Zimbabwe’s National Army Commander Edzai Chimonyo said that the military would soon start prying into private communications between citizens to “guard against subversion”.

Speaking at a military graduation course held at Zimbabwe Military Academy in Gweru, Chimonyo expressed satisfaction that the course had laid a proper foundation in the area of cybersecurity, telling senior officers:

Social media poses a dangerous threat to our national security. Social media is one of the tools that is being used for misinformation and I believe that your training has been an eye-opener to the rigors and realities of technological advancements.

This declaration by the military has sparked outrage among Zimbabweans, many of whom are concerned over the increasing deterioration of freedom of expression in the country.

Last year, President Emmerson Mnangagwa’s Cabinet gave the nod to the Cyber Crime, Security and Data Protection Bill and set it to be tabled for debate in parliament. The Bill, which was drafted in 2016, is designed to fight cybercrime — but if passed, it will also give the government the latitude to snoop on citizens’ private communication.

The bill contains a number of problematic provisions that would further restrict Zimbabweans’ right to freedom of expression online, if adopted. Section 17 prescribes a prison sentence of up to five years in jail against those convicted of speeding ”false” information with the with the intention  ”to  cause  psychological or  economic  harm.”

Harris Dakwa, a teacher by profession, suggested that if the Bill were to pass, it would prompt self-censorship on such a large scale that it would be tantamount to the nation regressing to a time before the concept of freedom of expression even existed. In an interview with Global Voices, he noted:

This [statement] instills unnecessary fear amongst the populace. I think the government needs to be clear on what constitutes a threat. […] Government and intelligence agencies need to be more transparent about surveillance and not abuse it and people’s rights, or use it to further their insidious activities.

Patrick Goteka told Global Voices that unfettered access to the internet and social media goes along with good governance:

The government of Zimbabwe […] wants to control the people in everything. […] The advent of social media alerts everybody to know exactly what is wrong and what is right. It [allows] people to be aware, to understand themselves, their society and to be able to fight for their rights. Once citizens are empowered through social media, they know where to go and who to confront should their rights be violated.

Misa Zim director @TabaniMoyo said- “The issue of regulating the digital space should be done in a structured manner whereby there is a law that comes into effect…”#HandsOffNetZW #digitalrightsZWhttp://bit.ly/32LvH6n 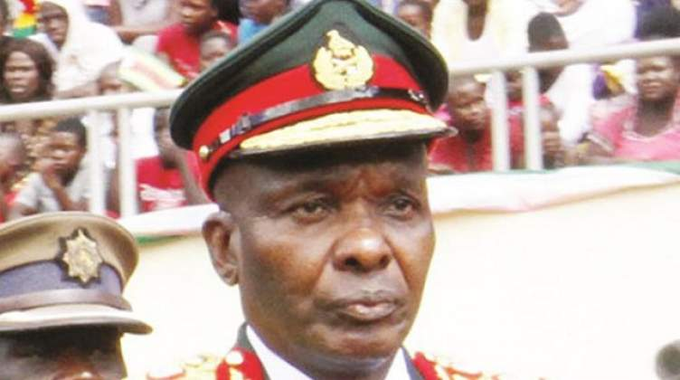 The military, like other security services stakeholders, has a mandate to maintain national peace and security. If citizens like @hwendec @hwende & @JobWiwaSikala continue to abuse the social media they will be fished out and they will have no one to blame. 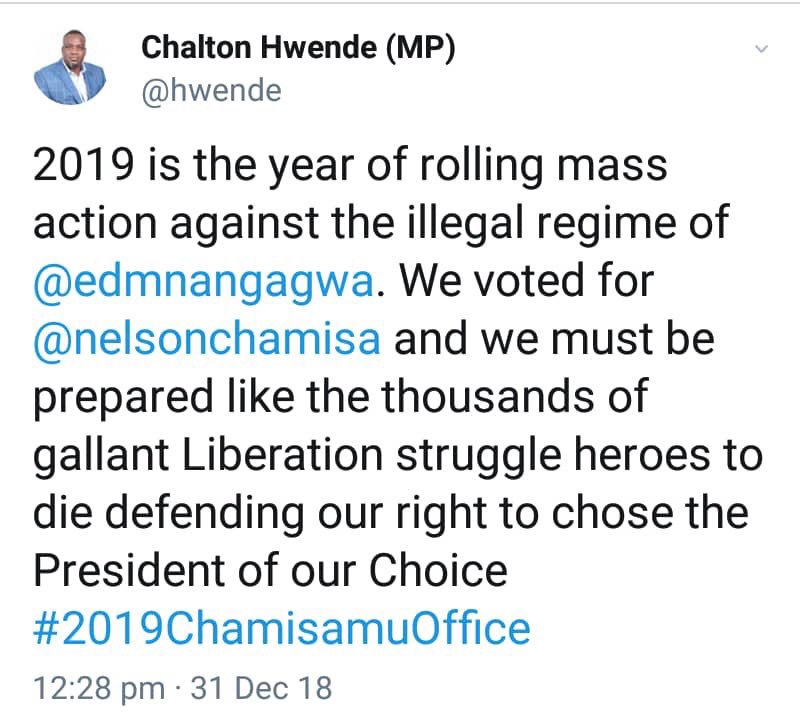 Newsday, an independent daily, posited in an editorial that Zimbabwe may be “hurtling toward being a military state”:

What is currently circulating on social media platforms are public secrets and citizens are largely debating, commenting and expressing their disgust as well as anger at the state of affairs in the country.

While the army has its own intelligence service, citizens hardly ever know what it does — and when the military comes out in the open on such issues, it is bone-chilling and vindicates assertions that the southern African nation is now hurtling toward being a military state.