The 47-year-old rapper was honoured with the degree from the Berklee College of Music in Boston on Saturday, alongside the ‘Say Something’ hitmaker and Grammy-winning composer Alex Lacamoire, who also received an honorary degree for his work on the Broadway musicals ‘Hamilton’, ‘In The Heights’ and ‘Dear Evan Hansen’.

In a statement, Berklee said: “This year’s honorary doctorate recipients are being recognised for their achievements and influences in music, and for their enduring global impact.” 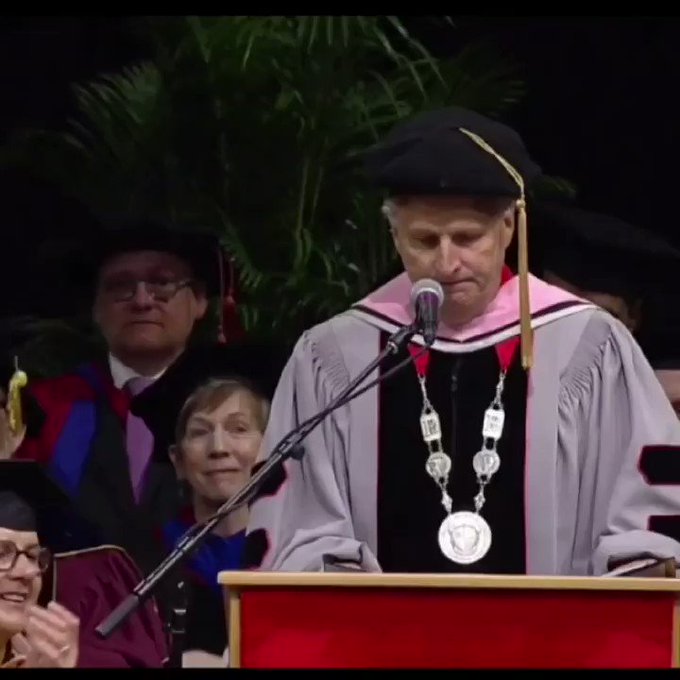 What an introduction for @MissyElliott at @BerkleeCollege.

Congratulations on your award Missy. A cap and gown suits you! #MissyElliott #SupaFriends

The ‘Work It’ hitmaker – who is the first hip hop artist to receive this honour from Berklee – took to Twitter to share her excitement to get the prestigious academic honour along with a video of her dressed in cap and gown, dancing with her framed certificate.

And Missy broke down in tears before offering some pearls of wisdom that she has learnt throughout her long musical career to Berklee’s graduating class,

She said: “I don’t even know how I’m standing here, but I thank y’all, I thank God. I just want y’all to know, there will be ups and downs. Prepare for that, but don’t give up. I know you may hear that all the time, but if I had given up long ago, I wouldn’t be standing here today. You have come too far to quit.”

The ‘Get Ur Freak On’ rapper also opened up about coping with Graves’ disease, which is a swelling of the neck and protrusion of the eyes resulting from an overactive thyroid gland, after she was diagnosed with the condition in 2011.

She said: “I became ill where I couldn’t even write. My nervous system shut down on me. I thought, ‘This was it’ – is no need for me to keep going. But something in my spirit, the drive, and the patience, as long as you are breathing, it is never too late. People will tell you you’re too old. People will tell you it would never work. Don’t believe that, because I’m standing here today.”

Justin logged on to Instagram, wearing his cap and gown, to thank Berklee college for the “incredible honour”.

He captioned a picture of his diploma: “No Dream is too big!!! Keep chasing!!! Trust me… I’m a DOCTOR!! But, for real… THANK YOU to @berkleecollege for this incredible honour – I’m very humbled and grateful.(sic)”