Home affairs announced on Wednesday that it would extend the operating hours at some border posts during the Easter holidays.

This was to ensure the smooth movement of people and goods at the country’s ports of entry during this busy period.

Preparations for the readiness of ports included extending operating hours at selected ports, installing temporary infrastructure to help with the faster processing of travellers and increasing capacity of staff deployed at the country’s ports of entry. 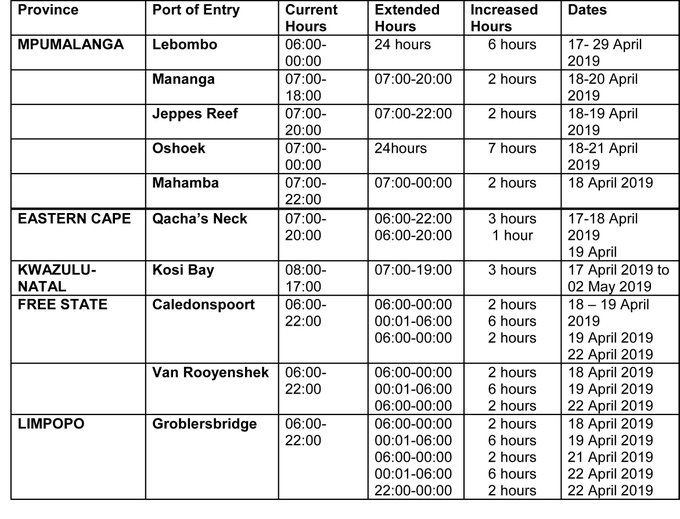 An additional 237 staff members will be deployed at selected ports.

“All departments and agencies have provided for officials at ports to work overtime in order to deal with the expected increase in traveller movement and to avoid congestion,” the department said.

The Lebombo border post between South Africa and Mozambique will operate all day and night from April 17 to April 29.

The Oshoek border post between South Africa and Swaziland will also operate around the clock from April 18 to April 21.

Other busy border posts will have extended operating hours – from between one and six hours.