IT is 5am, the grass is covered in morning dew and cool temperatures are biting, but to multitudes of MDC supporters it is just another time to celebrate their late leader, Morgan Tsvangirai.

For some, it is time to cash in on party regalia and various merchandise with Tsvangirai’s face as preparations for the memorial service for the late opposition leader got underway.

The road leading to Humanikwa village, Buhera, was littered with cars ferrying MDC supporters and his homestead was already packed with his followers who had spent the night singing and dancing while waiting for the break of dawn to start the memorial.

At a school ground adjacent to the Tsvangirai homestead, hordes of police officers assigned to provide security were also checking in and some could be seen sharing smiles and humming to MDC songs, praising the late opposition leader. 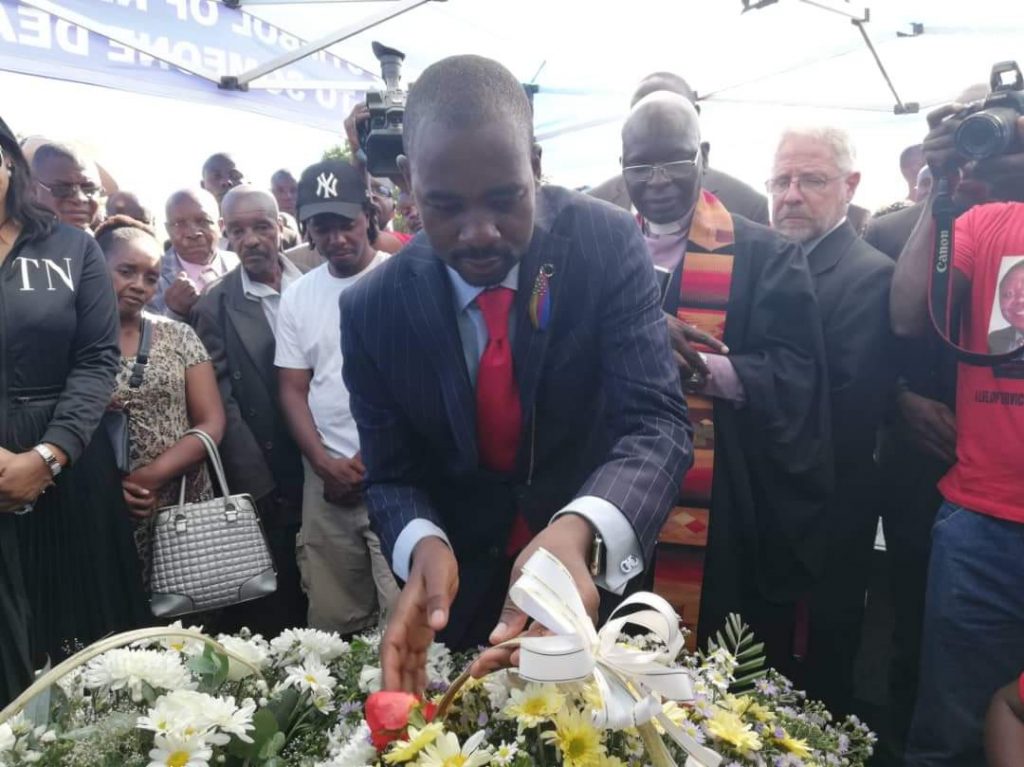 Whenever the name of the new MDC leader Nelson Chamisa was mentioned in some party songs, some police officers looked aside and seemed bored.

They were probably avoiding getting into trouble with their superiors, some of whom were watching from a distance.

At sunrise, more and more supporters arrived with some of them looking intoxicated and others had the audacity to utter demeaning words against President Emmerson Mnangagwa, whom they accused of ineptitude shown by the economic crisis facing by the country. 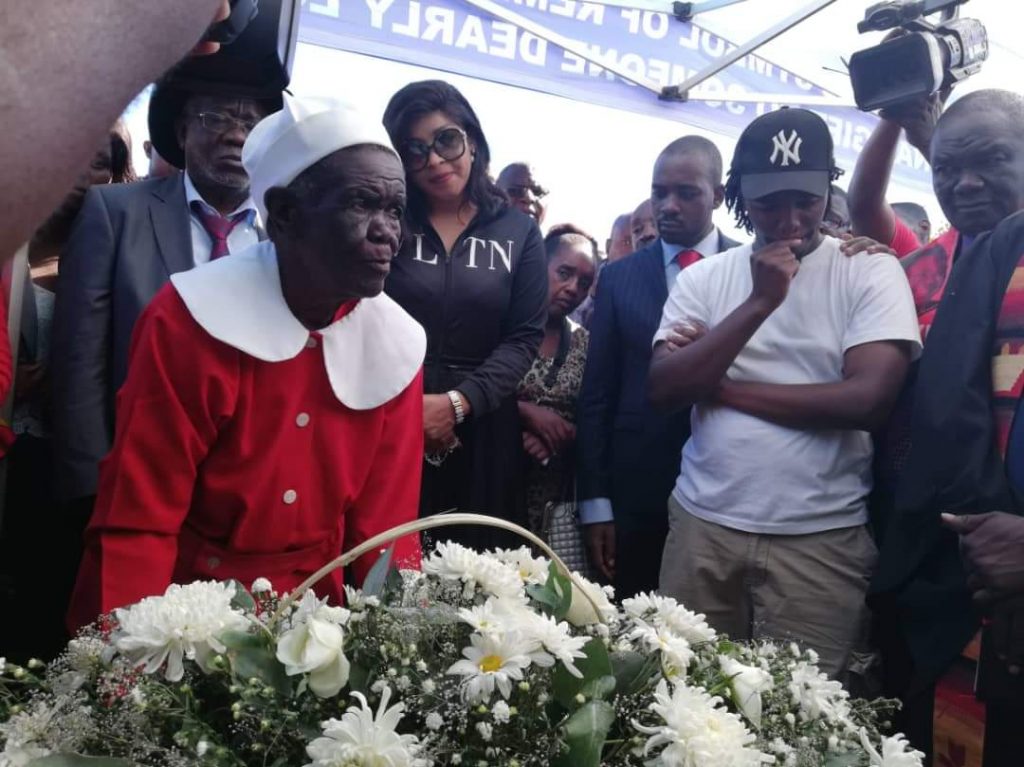 One old but visibly drunk MDC supporter had the guts to shout “Mnangagwa is evil,” in front of a police officer, who could not help but just smile at the man.

At the memorial procession that was held at Makanda Primary School, speakers took turns to eulogise their hero.

Tsvangirai’s family had advised against people coming in party regalia, but the school grounds were a sea of red and MDC regalia was on sale.

From the scarf carrying Tsvangirai’s face to some with Chamisa’s face, berets and T-shirts, the dealers were aiming to cash in.

However, the journey leading to Humanikwa was not for the faint-hearted. 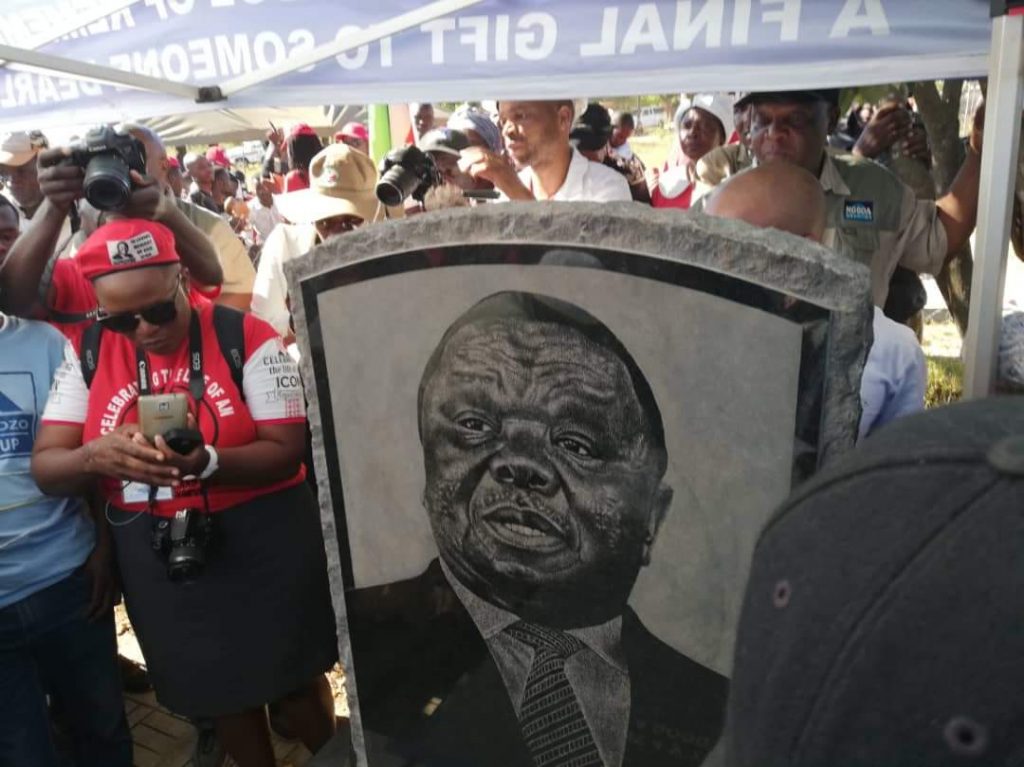 The tarred road to the vilagr was not a joy ride.

It is a neglected road that branches off from the precarious Masvingo Beitbridge highway, which has claimed many lives.

It has potholes that have become a part of the driving experience and it had its fair share of motorists that slept in their cars after hitting one too many potholes.

By 10:49am, the ground was electric with red painting Makanda Primary School grounds and MDC slogans being the language. 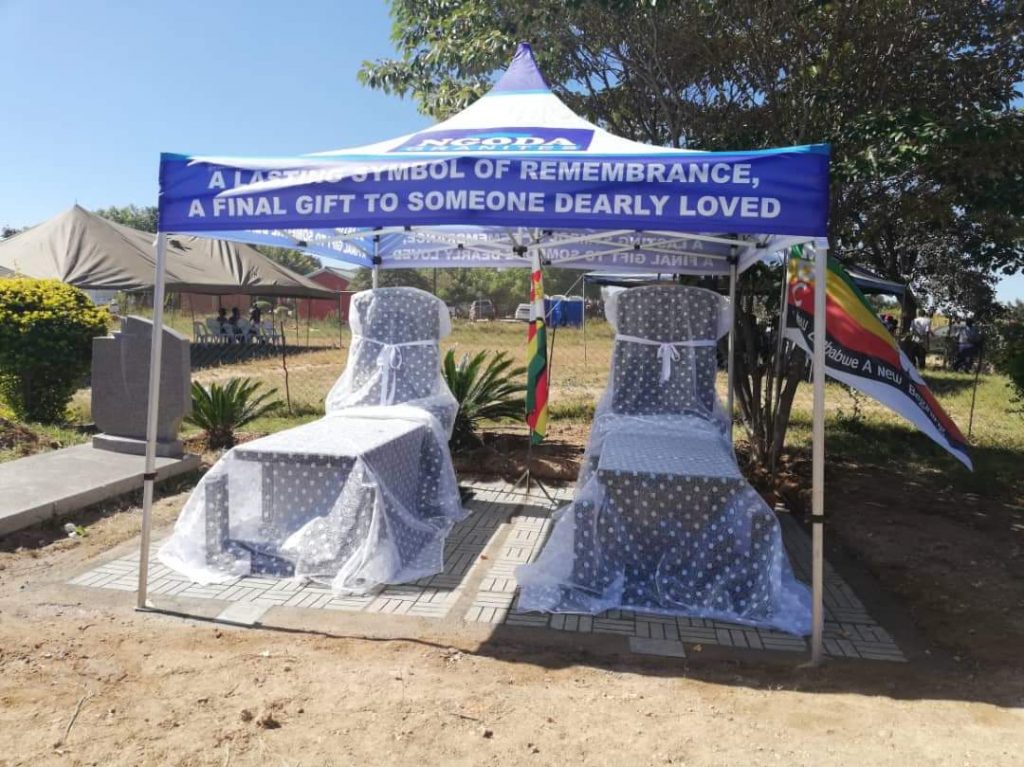 To allow the church to lead the memorial service, MDC organising secretary Amos Chibaya announced that former Zimbabwe Congress of Trade Unions secretary-general Wellington Chibebe would lead the session. All this happened in the absence of Chamisa, who was yet to arrive.

By 11am, Chamisa’s convoy made its way to the ground, interrupting the entire programme as the director of ceremonies could not contain the ecstasy that had engulfed the area. 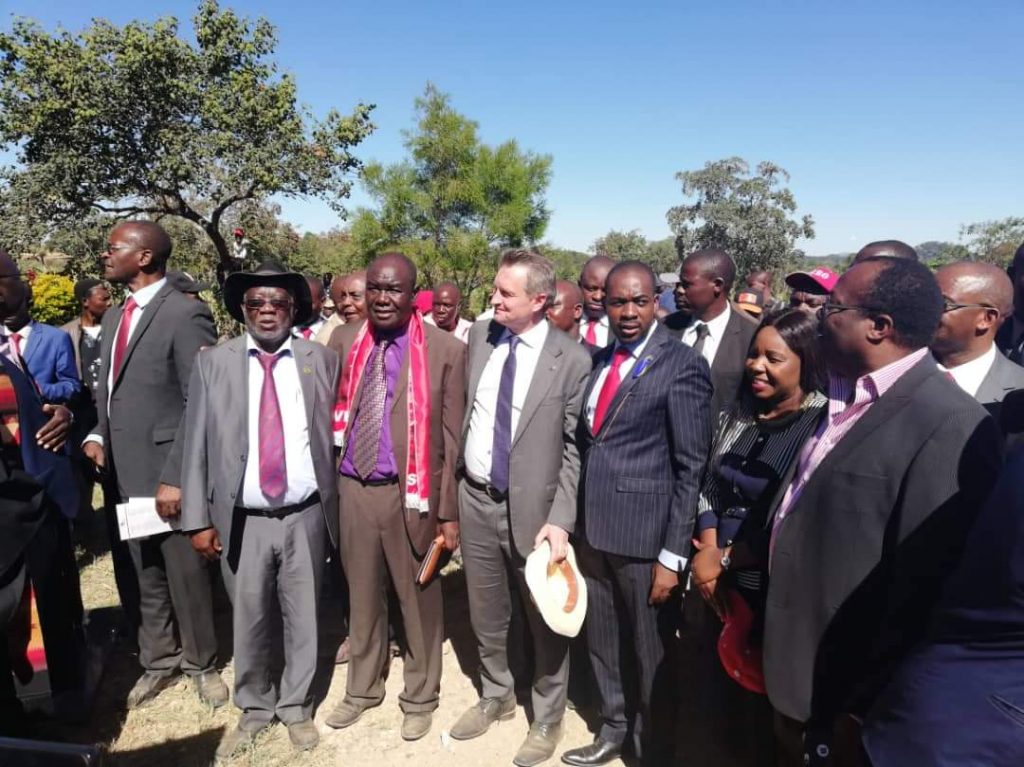 Chamisa embraced those at the top table, some with hugs, but for others like one of his deputies, Elias Mudzuri, he gave a handshake.

For the first five minutes, the two did not share a word although they sat next to each other.

Tsvangirai’s son Edwin had a torrid time thanking Mnangagwa for helping the family with finances for the memorial. 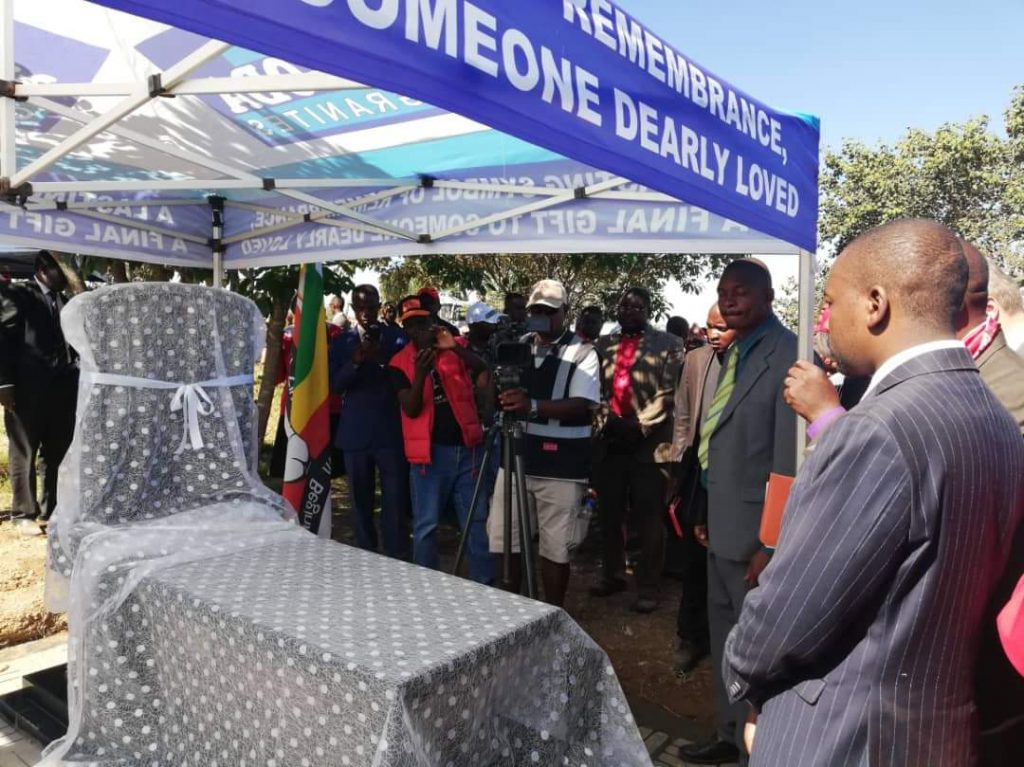 The crowd jeered him through out until Chibaya had to intervene.

The crowd did not take his statement lightly and shouted: “It is our money!” 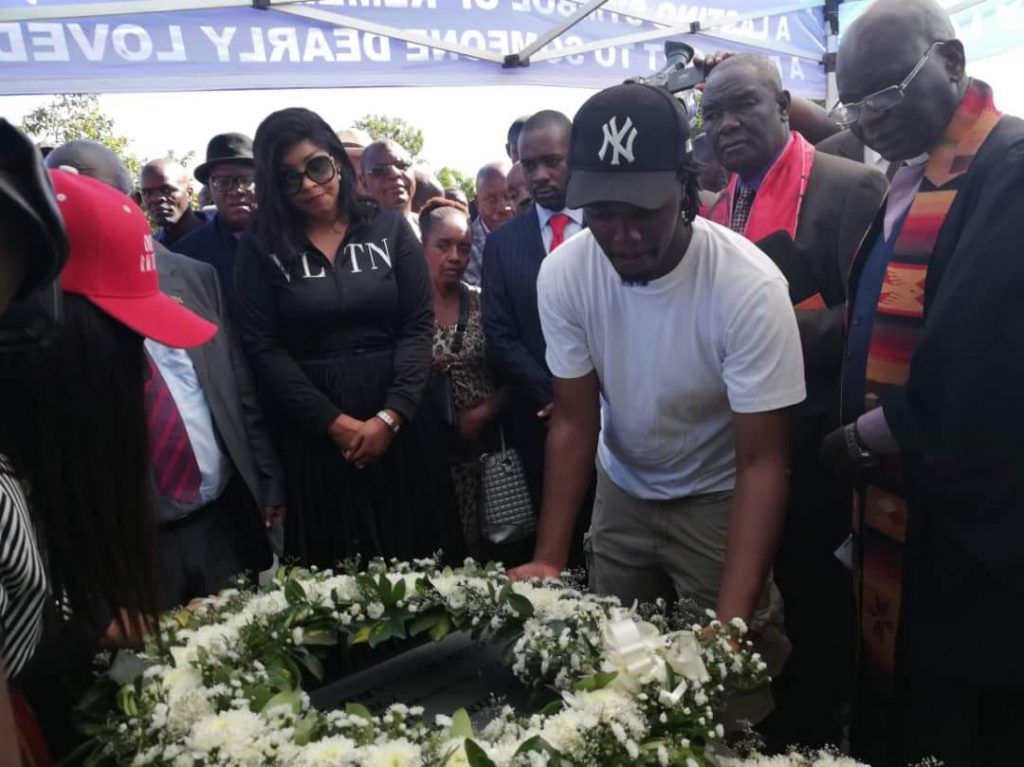 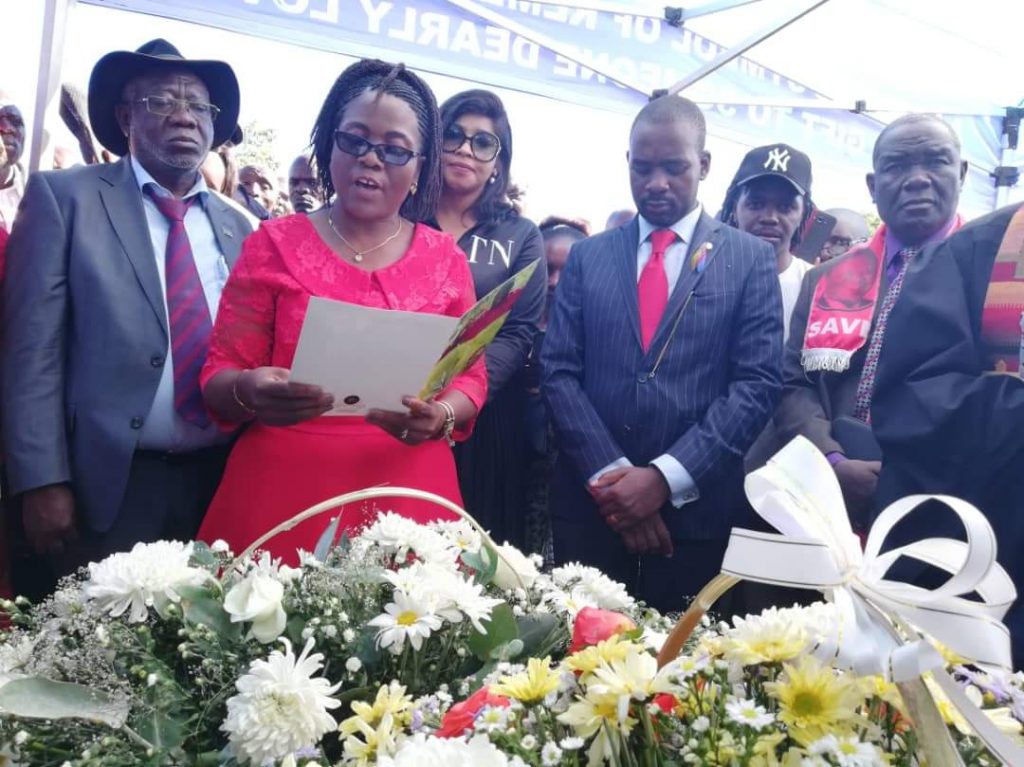