US President Donald Trump has been forced to deny claims about his mental health and intellect after an explosive new book suggested his staff view him as a “child” who is dyslexic or “semi-literate”.

In a series of tweets Trump said his “two greatest assets have been mental stability and being, like, really smart”.

He added: “I think that would qualify as not smart, but genius….and a very stable genius at that!”

Michael Wolff’s immediate bestseller – “Fire and Fury: Inside the Trump White House” – has depicted a chaotic administration and Trump as someone who isn’t fit for the Oval Office.

It claims the president barely reads, his comprehension is limited, his attention span and focus are lacking, and he doesn’t bother to listen to staff, instead relying on his own expertise. 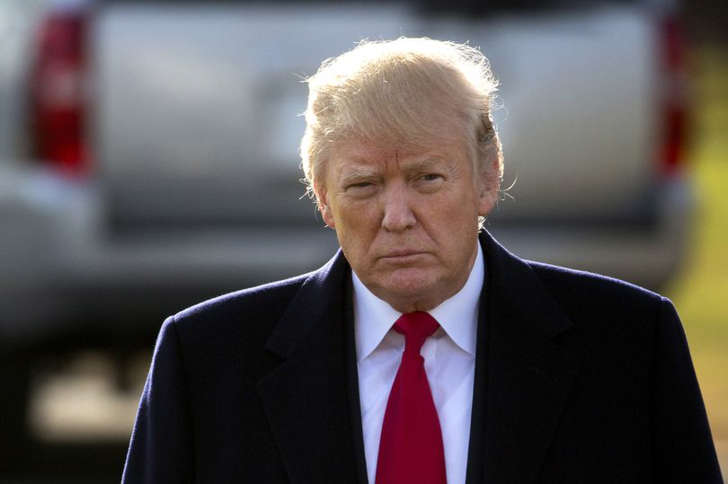 Pitching policy to him is “like trying to figure out what a child wants”, one aide, deputy chief of staff Katie Walsh, was quoted as saying.

In response to questions about his mental state, Trump wrote on Twitter: “Now that Russian collusion, after one year of intense study, has proven to be a total hoax on the American public, the Democrats and their lapdogs, the Fake News Mainstream Media, are taking out the old Ronald Reagan playbook and screaming mental stability and intelligence.

“Actually, throughout my life, my two greatest assets have been mental stability and being, like, really smart.

“Crooked Hillary Clinton also played these cards very hard and, as everyone knows, went down in flames.

“I went from VERY successful businessman, to top T.V. Star to President of the United States (on my first try). I think that would qualify as not smart, but genius….and a very stable genius at that!

The deeply critical book claims Trump – who has boasted about groping women – surrounded himself with “office wives” because he believes they are “more loyal and trustworthy” than men.

Wolff’s behind-the-scenes account of Trump’s first year in the White House was published ahead of schedule after excerpts set off a political firestorm.

The book’s juicy claims suggest Trump’s inner circle has questioned his fitness for office and viewed him as a “child”.

Wolff alleges Trump didn’t believe he would win the 2016 election, and lacked ideas and interest when he assumed the role in January last year. 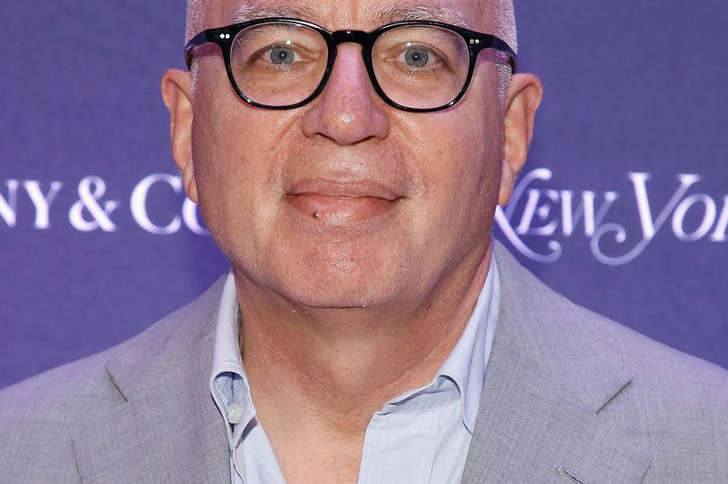 The journalist wrote: “Here, arguably, was the central issue of the Trump presidency, informing every aspect of Trumpian policy and leadership: He didn’t process information in any conventional sense.

“He didn’t read. He didn’t really even skim. Some believed that for all practical purposes he was no more than semi-­literate.

“He trusted his own expertise ­- no matter how paltry or irrelevant – more than anyone else’s. He was often confident, but he was just as often paralyzed, less a savant than a figure of sputtering and dangerous insecurities, whose instinctive response was to lash out and behave as if his gut, however confused, was in fact in some clear and forceful way telling him what to do.

“It was, said Walsh, ‘like trying to figure out what a child wants’.

Some staff members thought Trump was dyslexic, the book claims. 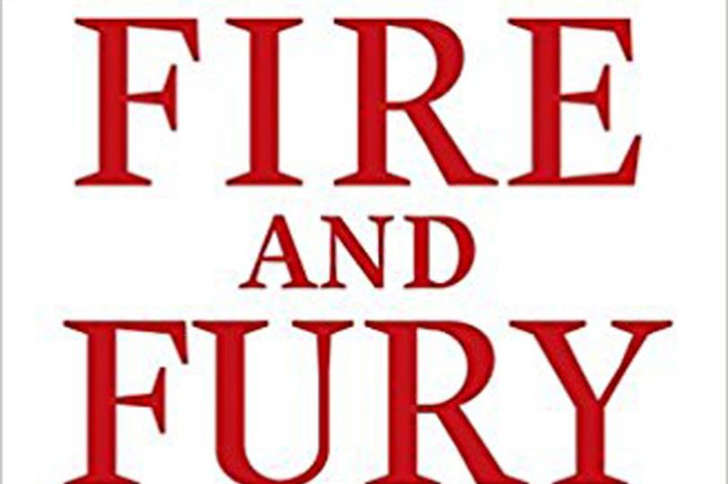 During the election campaign Trump admitted he hadn’t read biographies of previous presidents because he was busy, and he had told reporters that he doesn’t read much.

Wolff claims Trump “was in most ways a conventional misogynist” and prefers working with women over men, surrounding himself with “office wives”.

He alleges Trump held men “at arm’s length”, adding: “He liked and needed his office wives, and he trusted them with his most important personal issues.

“Women, according to Trump, were simply more loyal and trustworthy than men.

“Men might be more forceful and competent, but they were also more likely to have their own agendas. 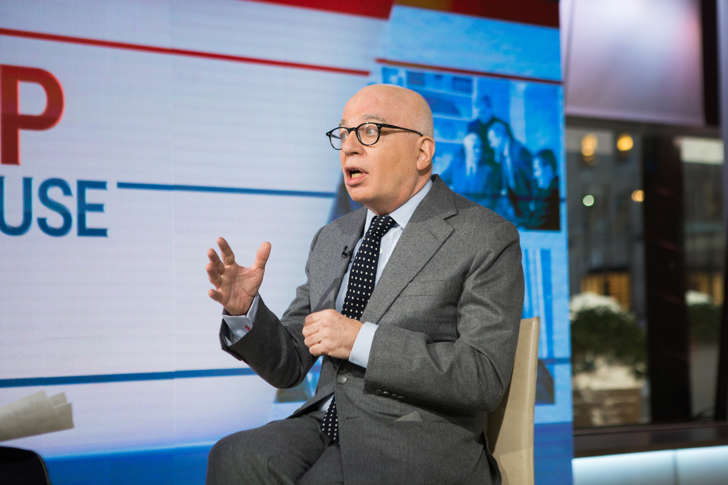 “Women, by their nature, or Trump’s version of their nature, were more likely to focus their purpose on a man. A man like Trump.”

Wolff claims to have interviewed Trump and members of his inner circle for the book published on Friday.

He said his revelations are likely to bring an end to the president’s reign, and his conclusion that Trump is not fit to do the job was becoming a widespread view.

The author told BBC Radio 4’s Today programme: “I think one of the interesting effects of the book so far is a very clear emperor-has-no-clothes effect.

“The story that I have told seems to present this presidency in such a way that it says he can’t do his job.

“Suddenly everywhere people are going ‘oh my God, it’s true, he has no clothes’.

“That’s the background to the perception and the understanding that will finally end … this presidency.” 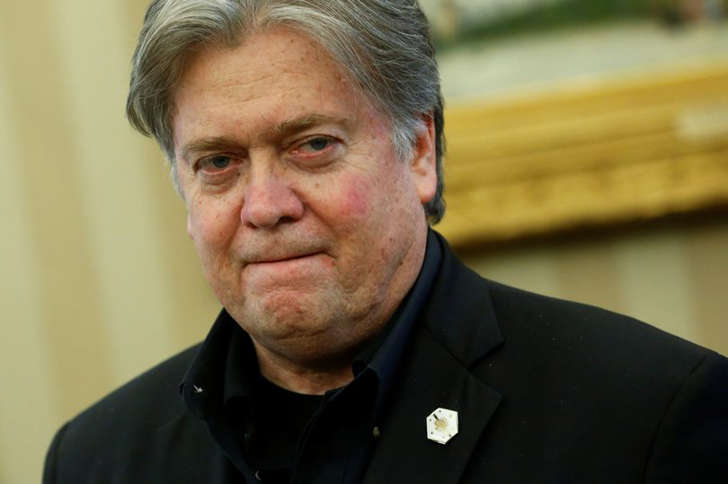 Trump’s lawyers had made threats of legal action and tried to stop Henry Holt & Co from publishing the book which the president has dismissed as full of lies.

Trump, 71, attacked Wolff and former top aide Steve Bannon, who was quoted in the book, on Twitter on Friday night.

He wrote: “Michael Wolff is a total loser who made up stories in order to sell this really boring and untruthful book.

“He used Sloppy Steve Bannon, who cried when he got fired and begged for his job. 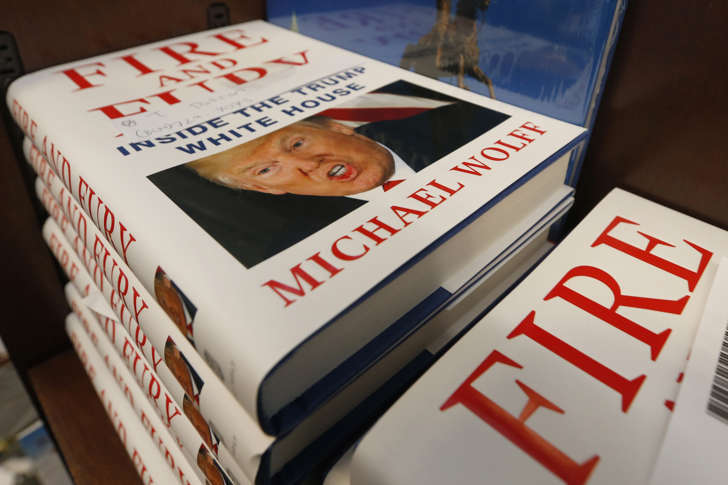 “Now Sloppy Steve has been dumped like a dog by almost everyone. Too bad!”

The meeting is being probed as part of an investigation into possible collision between Trump’s presidential election campaign and Russia.

After the comments attributed to Bannon were made public, Trump said his former strategist had “lost his mind”. 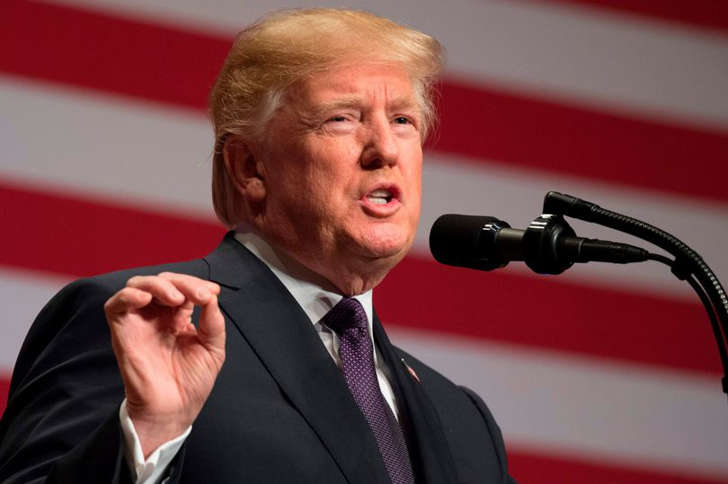 Trump’s lawyer has said that legal action is “imminent” against Bannon.

Wolff, 64, told the BBC that he believed Bannon thought Trump was unfit to serve as president and would try to bring him down.

The New York journalist has defended the claims in his book and insisted he spoke to Trump and people close to him in on-the-record conversations.

Wolff has also said he has recordings and notes to back up his claims, and shrugged off claims that he has no credibility.

He told NBC’s Today programme on Friday: “My credibility is being questioned by a man who has less credibility than, perhaps, anyone who has ever walked on earth at this point.

Trump had claimed that he had never talked to the journalist for the book and had not authorised any access to the White House.

His spokeswoman, Sarah Sanders, said Wolff had talked only briefly to Trump for about “five to seven minutes” – but not about the book – and he did not have unfettered access to the White House. 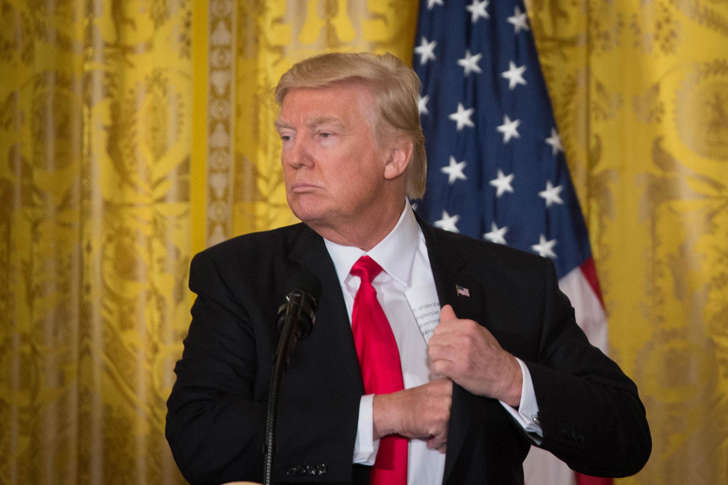 Among the explosive claims, Wolff told NBC that Trump’s aides had all told him they viewed him as child-like.

The author said: “I absolutely spoke to the president. Whether he realised it was an interview or not, I don’t know, but it was certainly not off the record.”

Asked if he “flattered” his way into the White House to gain access to Trump, Wolff said: “I certainly said what was ever necessary to get the story.”

He said “100 percent of the people around” Trump questioned the president’s fitness for office, adding: “They all say he is like a child.”

The White House has since denied claims about Trump’s mental health and Secretary of State Rex Tillerson has told CNN that he has never questioned the president’s “mental fitness” and has no reason to.

Tillerson has reportedly called Trump a “moron” in the past.

The book depicts Trump as lacking attention and focus, and claims he has abruptly left early during meetings with foreign leaders. 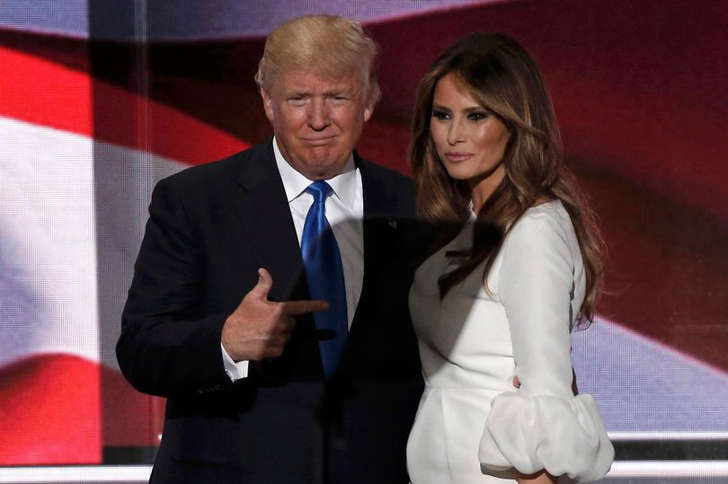 It also claims he has failed to recognise close friends and was prone to repeating comments.

Wolff’s book also explores Trump’s relationship with his wife Melania, and his children.

It accuses Trump of being a “chronically unfaithful husband” who barely speaks to his “trophy wife” and is more or less an “absentee father”.

The book also claims that Melania wept when Trump won the election – and they weren’t tears of joy.

Wolff has previously been accused of suspect reporting, including in his book “Burn Rate”, published in 1998, NBC reported.

Thirteen people depicted in the book claimed Wolff invented or changed their quotes, and they didn’t recall him recording their conversations or taking any notes.