Posting on Twitter, Hwende said his office has not written to Honourable Tsvangirai and the letter is the work of “Varakashi” (ZANU PF online activists).

The letter in question warns Tsvangirai that he faces suspension if he fails to retract his remarks within 24 hours.

Below is the letter which Hwende has dismissed as fake news:

RE: RECENT UTTERANCES IN PARLIAMENT

We have noted with dismay your utterances in the National Assembly on 17 March 2020 in which you claimed that American sanctions on Zimbabwe hurt the ordinary people.

As a member of the MDC, you are expected to adhere to the party stance regarding sanctions, which is that they are helping Zimbabweans to overcome the ruthless Zanu PF tyranny.

It was therefore reckless and misguided for you to go against this position in public without consulting President Chamisa.

You are hereby ordered to retract the statement publicly within 24 hours or face suspension. 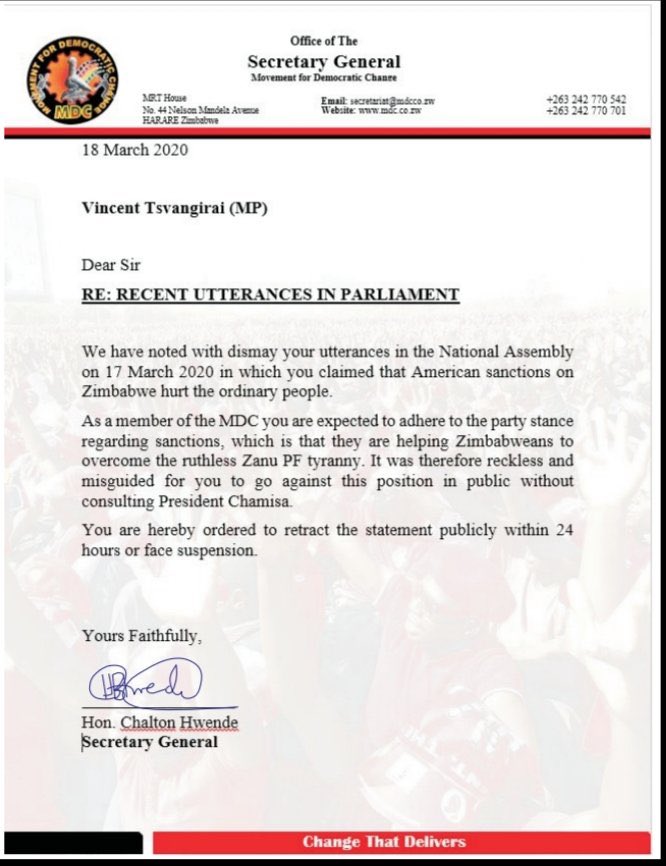