A three-day stayaway called by the country’s largest labour union, the Zimbabwe Congress of Trade Unions (ZCTU), descended into clashes between police and demonstrators in Harare and Bulawayo on Monday.

Initially, it appeared the stayaway call would be ignored in Harare as commuters went about their business, with shops and schools opening as usual.

The only unusual sight in the city centre was the closing of roads near the court precinct, where a ceremony to mark the official opening of the 2019 legal year was scheduled.

But by mid-morning, heightened tensions in the townships forced schools and some businesses in the two cities’ CBD areas to close.

Army helicopters hovered over Epworth, a poor suburb in the east of Harare, after protesters barricaded roads with stones. Police also clashed with protesters in Mabvuku, Kuwadzana and Chitungwiza as tyres were burnt and roads barricaded. The police fired teargas canisters and water cannons at the crowds.

Images shared widely on social media showed large groups of protesters singing in solidarity and barricading roads. One video showed CCTV footage of a Choppies supermarket, reportedly in Mabvuku, being looted by protesters.

In Bulawayo, a bank teller at an FBC branch in the city centre said they had closed  as it was unsafe to continue operating.

“Riot police are dispersing people and we have just had to close the bank. The situation is not safe,” he said.

Images of military police patrolling the CBD in Bulawayo were also extensively shared on social media.

Parents who had dropped off their children at private schools were called to collect them. The private Dominican Convent was among the schools that closed, after opening earlier.

A pupil at the school said she had to use a different route to get home, as transport was not available. Commuter omnibus operators have hiked fares to cushion themselves against the fuel price hike which caused the protests. 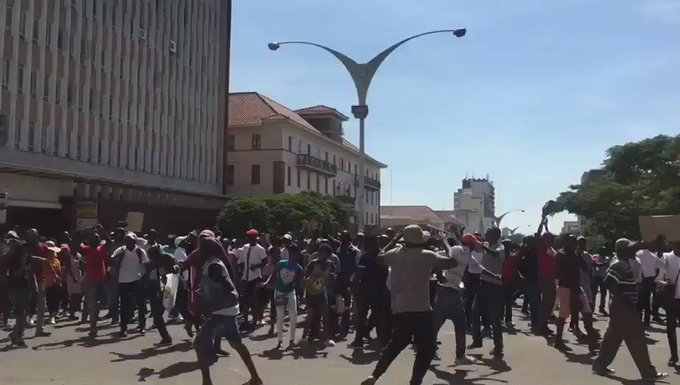 The hike was announced at the weekend by President Emmerson Mnangagwa. 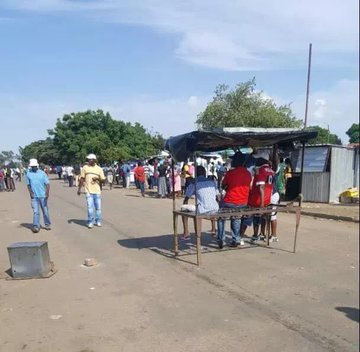 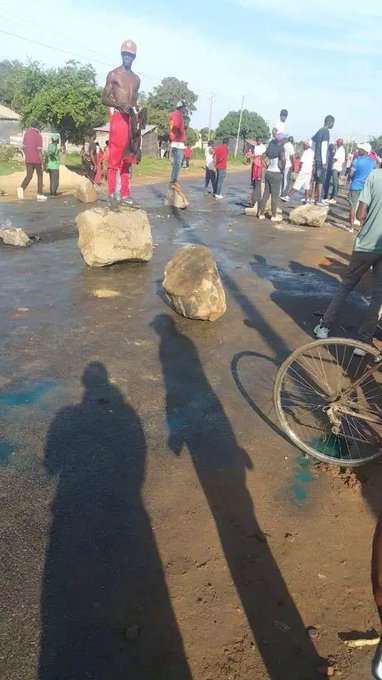 Mnangagwa, who left the country on a five-nation visit on Sunday, said his government was aware of certain elements that were bent on taking advantage of the current fuel shortages to cause unrest and instability in the country.

“Such politically motivated activities will not be tolerated,” he said, indicating that security structures would step in to curb the misuse of the fuel price increase.