A musical memorial service in honour of the late Oliver Mtukudzi was held at the Joburg Theatre.

On Tuesday, musicians, fans and family members came together one more time to celebrate the life of the legend at an intimate memorial at the Mandela Theatre.

Speaking at the event was T Musicman’s Peter Tladi who brings together the annual Joy of Jazz Festival.

“This is a difficult moment for me because I just lost two friends within a month. These were my true friends,” said a visibly shaken Tladi.

He quoted several Bible passages that gave him comfort.

“Oliver – soft spoken and down to earth and Bra Hugh – always full of energy.” 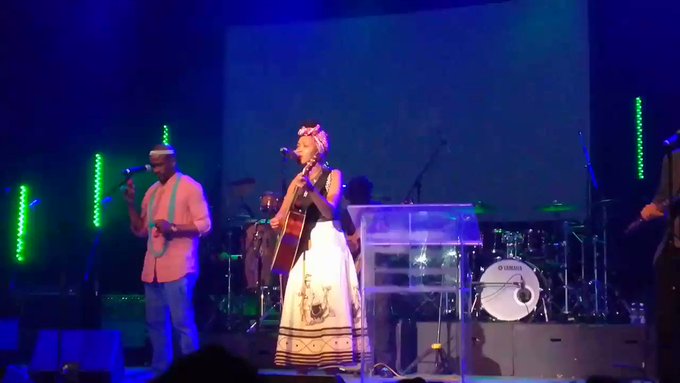 Tladi said he met the tall giant through his musical genius which enticed him to get him to perform in Limpopo during the early 1990s.

“First time it was through a friend from Germany and since then we never parted ways. We have lost a great musician who graced our festivals with amazing performances that kept audiences dancing.”

Tladi said the loss of such great musicians meant that the economy of the country was becoming thin.

“He contributed to the economy of this country. My plea to the president of Zimbabwe is (for him) to invite Thomas Mafumu and all other exiled musicians to come back home to ignite the arts and culture sector of Zimbabwe. That will be part of trying to help the economy of that country.” 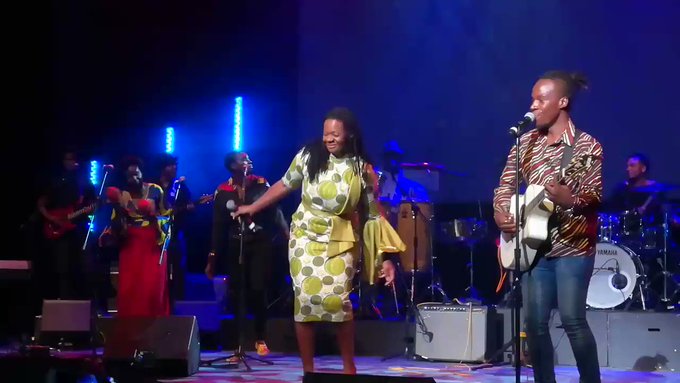 Steve Dyer also had a lifelong friendship with Mtukudzi and introduced him to many musicians and producers in the country.

“He was always an entertainer and a performer. Beyond that, he was a proud human and African. He would always say if you want to do something, do it right away.”

Dyer said people could take away many messages from Mtukudzi.

“He had a busy performance schedule. His last message to me on WhatsApp was ‘God Bless you Ntate’.”

Mtukudzi’s recording company team also shared their favourite memories of him and how they pushed to get Mtukudzi onto the South African scene.

Vusi Mahlasela, who did a tribute performance, said in his culture when a giant has fallen, all musicians have to hang up their instruments on the wall while they cry and mourn. 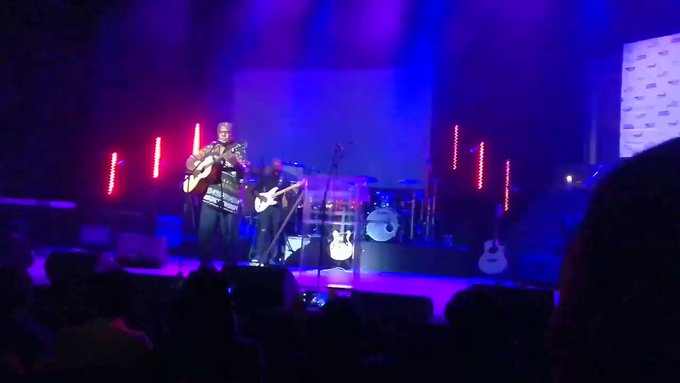 “The memory of having this brother was a gift to a lot of us. Whenever we were performing at the same venues, we would leave notes for each other spreading the cultural evangelism. The brother is no more but his spirit will live among us.”

“He was daddy to us. He changed our lives for the better. It’s a difficult time because we thought he would still be with us. We had so many plans for this year, for Cape Town jazz. We want to celebrate the time and lessons learnt (from him). He brought such a vibe in our lives,” Njekesa said. 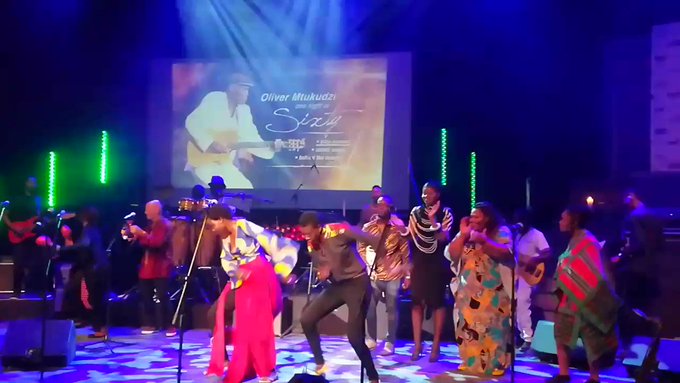 Gwena said the biggest lesson she learnt from Mtukudzi was that there’s no culture inferior to another.

“The other lesson was that there is no better you than you.”