Chris Brown and Rita Ora have been teasing a relationship for a few weeks now – now its official, the two are dating. MTO News has confirmed that Chris and Rita are a COUPLE now.

The pair were spotted partying all night together in Milan yesterday. And their night was captured on video by multiple people.

The two started off by attending a few fashion shows – as it’s currently Fashion Week in Milan. Then the couple moved on to the club, where they danced and drank together.

The pair left and went back to Chris Brown’s hotel, where the pair spent the night together. 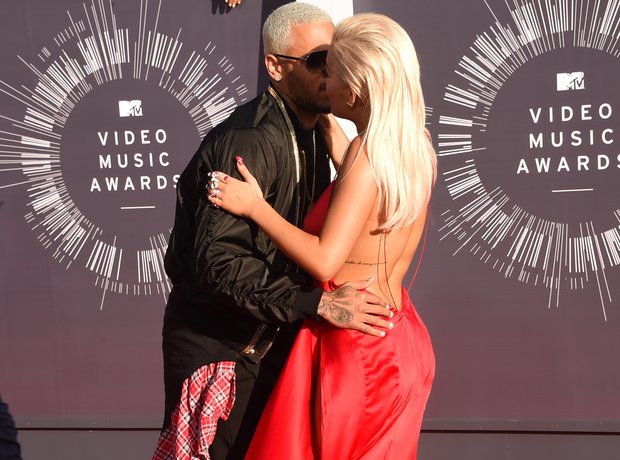 Rita posted a pic in August, showing her posed in the middle of a swimming pool wearing a two-piece black bikini with the bra giving her some serious underboob. Rita captioned the image: ‘Run the roads. #restinbitchf

“I love him [Chris] on different levels. I see how he treats his people and he’s a good person with a good heart and a lovely family,” Rita told The Sun newspaper back in 2015.

Chris and Rita have been close friends and go way back, collaborating on the 2015 track Body On Me. The sultry ballad peaked at number 22 on the UK charts and the pair spent weeks promoting the single, including a performance on Jimmy Kimmel Live!

Speaking about their steamy collaboration, Rita told Rap-Up TV at the time: ‘It’s definitely the most intimate video I’ve done so far. Chris is so fun to work with and being friends with someone and working with them, it kinda takes the pressure off, so it made it much easier actually and we were doing our job, we were doing a role, and we just created this concept and we acted out our roles.’