International advocacy organisation Global Citizen officially announced on Monday that Beyoncé and Jay-Z will headline the first Global Citizen Festival to be held in Africa, a free-ticketed event on Sunday, December 2, 2018 at the FNB Stadium in Johannesburg.

The December event is the culmination of Global Citizen’s Mandela 100 campaign in partnership with the House of Mandela; a series of global events honouring the life and legacy of Nelson Mandela in his centenary year. 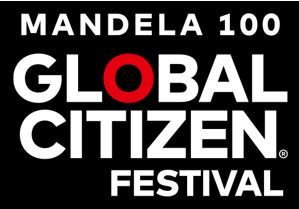 will be performing at Global Citizen Festival: Mandela 100 on 2 December!

Tickets for the concert are not for sale and are acquired through charitable acts and here’s how you get tickets:

Activists and music fans can begin to earn their free tickets starting on August 21and can sign up today at www.globalcitizen.org.za, demanding world leaders make major investments to end extreme poverty and take a stand for women and girls.

The “Mandela 100” campaign seeks to mobilise $1 billion in new commitments for the world’s poorest, with $500 million set to impact the lives of 20 million women and girls worldwide.