Chart-topping pop star Justin Bieber had been planning to propose to Hailey Baldwin for weeks, according to a source.

The 24-year-old pop star and Hailey, 21, are poised to tie the knot after Justin reportedly proposed at a Bahamas resort, and according to a source close to the ‘Sorry’ hitmaker, it’s something he’s been thinking about doing for some time.

The insider shared: “Justin decided to propose to Hailey in front of a group of people in the Bahamas, but had been planning to ask her for a couple weeks now.

“The ring is gorgeous and Hailey is over the moon with joy. The two can’t stop telling their friends and family how excited they are for their journey together. The two have always had a great bond, and it is stronger now than ever.” 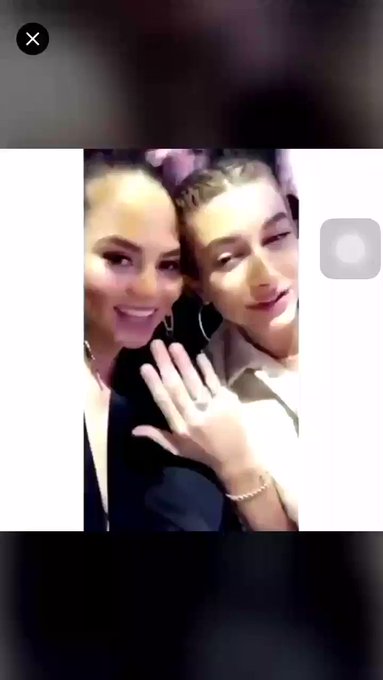 The loved-up couple were seen at a restaurant where everyone was salsa dancing shortly before the proposal.

Then, Justin asked that the other guests put their phones away just as he was about to get down on one knee.

The source told ‘Entertainment Tonight’: “Justin got down on one knee and asked Hailey to marry him.

“Before he asked, he requested everyone watching respect their privacy and not take photos or video. Justin wanted it to be special.”

Hailey – who has previously starred in a number of modelling campaigns, music videos and TV shows – wasted little time in accepting the proposal.

And the couple’s happy news was warmly greeted by the other guests at the restaurant.

The insider added: “Hailey was smiling for ear to ear and said, ‘Yes!’ The two then embraced and the crowd erupted with cheers.”

Justin and Hailey first dated in 2016, and last month, Hailey revealed they had “moved past” the “weirdness” of their original split.

She shared: “I met him when I was really young and he was one of my best friends. Everybody knows that at a certain point in time that turned into something else, but that just happens when you’re 18, 19. It was what it was.

“We went through a long period of time when we weren’t friends. We didn’t speak for quite some time and there was a lot of weirdness that went on. We’ve moved past that. I’d never been through [a high-profile relationship] like that.

“But it brought both of us to the realisation that we just work much better as friends. He’s somebody I really cherish. Now it’s a very mature situation. It’s good.”