In crisis-stricken Zimbabwe, where prices are soaring, the local dollar is plummeting and time is always short, even a trip to the gas station can be an adventure in the struggle to survive.

Filling a tank used to require just a few minutes. Now it takes a day of patience and some ingenuity at the gas station. Even then, success is not guaranteed.

As the sun sets on Harare, Tinashe Magacha is about to spend the night in his car, like hundreds of motorists in the queue, hoping to refuel the minibus he uses for work.

“While I am queueing, my bus is on the road with my driver transporting passengers. If I fill up this car, I will drain the fuel with a hose pipe to the commuter bus.”

All that effort comes with a hefty price tag. Fuel prices more than doubled in January, triggering protests suppressed in a bloody crackdown by President Emmerson Mnangagwa’s regime. 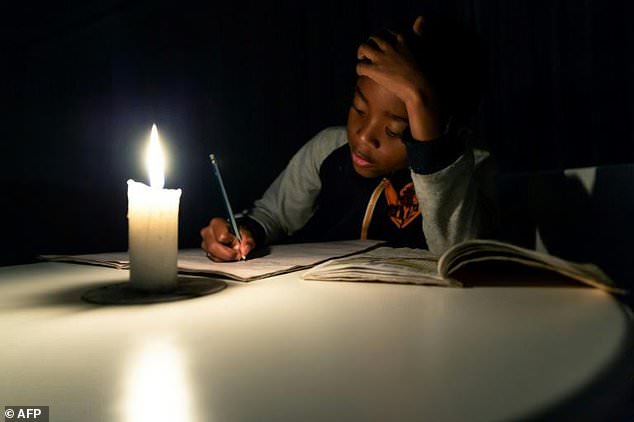 For months, lines of cars stretching for several kilometres at petrol stations have become the latest manifestation of the economic ruin left by Robert Mugabe, who died on September 6 almost two years after a coup ended his 37-year rule.

Zimbabwe has been mired in the crisis since the early 2000s after Mugabe’s controversial land reform programme that saw the violent seizure of white-owned farms and investors fleeing the country.

Zimbabwe never recovered. Today there are shortages of everything. From fuel to washing powder, to license plates and passports. Even local currency is in short supply.

Ruined by hyperinflation and the plummeting Zimbabwean dollar, the country and its banks are desperately short of currency. 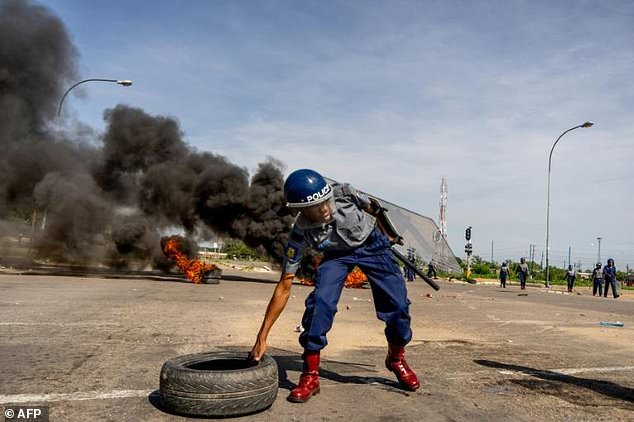 Forced to pay his bus tickets in hard currency to go to work, Crispen Mudzengerere must spend hours at his bank to withdraw, if he is lucky, at best 100 dollars (about 8 euros) in cash.

He could buy some from street traders, but the service is “taxed” at least 30 percent commission.

To cut back on transportation costs, Mudzengerere got creative. He now does double shifts at his restaurant, which allows him to have four days of rest, and travel less.

In Zimbabwe, resourcefulness and patience have become indispensable weapons for dealing with daily survival. 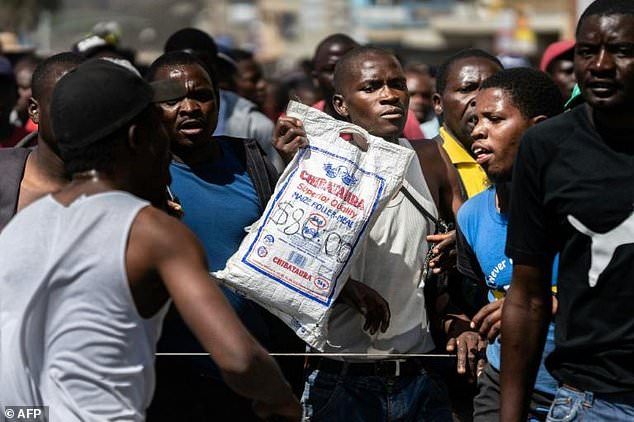 A protesters have rallied over the cost of living, some brandishing basic goods with high prices written on them

But hustling cannot solve everything. The first victim of the crisis has been the value of wages, destroyed by hyperinflation — 175 percent in June — and the depreciation of the local currency.

Within a year, Zimbabweans say, the value of their salaries has been divided by fifteen.

The toll has been harsh. Wakanai Murambidzi, a cleaner in a bank, was unable to pay her children’s school fees. They were forced out of school earlier this month.

“I did not pay the full last school fees. I don’t know what to do. I am stuck,” she said.

“We regret removing Mugabe,” she said, referring to the military coup that ended the former president’s reign in 2017.

Amidst the economic ruin, a new type of market has emerged in Harare, in the poor district of Mbare.

Shoppers here won’t find any fresh vegetables, fruit or meat, but only non-perishable foods like rice, sugar and bars of soap, all illegally imported from neighbouring South Africa.

Prices, untaxed and sold without intermediary, are unbeatable here.

“We are smuggling,” shopkeeper Blessing Chiona says, with all her goods laid on a wooden pallet in the mud. “The prices change up to three times a day.”

Beside her, dozens of her colleagues wait for customers under the sun. Here, two litres of cooking oil go for 24 dollars in cash, compared with 34 dollars in supermarkets.

Sheltered under an umbrella, Chiona sends text messages of shopping lists to delivery drivers, known as “malayitsha” or couriers in Ndebele language, who travel back and forth between Zimbabwe and South Africa with minibuses full of passengers and goods.

As if these struggles were not enough, Zimbabweans also have to work around the country’s interminable power cuts, sometimes up to 18 hours a day.

Street seller Misheck Masarirevhu has found his solution: with a mini solar panel, he charges a car battery during the day, which he uses to charge his phone once at home.

Jocelyn Chaibva, a 59-year-old pharmacist, gets up in the middle of the night, when the electricity is back on for a few hours in her neighbourhood, to put on the washing machine.

“It requires a PhD to survive here,” said Luckmore Bunu, one of her colleagues. “If you come from abroad, you don’t survive a month here but we are used to it.”