It’s the final countdown to Zimbabwe’s landmark elections on July 30, the first without Robert Mugabe. The run-up to this election hasn’t been without its colourful features, including church prophecies, banned symbols of the occult and claims of legions of ghost voters.

The hugely-popular Johane Marange Apostolic church has prophesied victory by President Emmerson Mnangagwa on July 30. Mnangagwa, dressed in the flowing white robes of the church, attended its annual festival in diamond-rich Marange district this month.

The 250 000-strong church is a useful constituency for any politician to court. In Mnangwagwa’s case, this church’s prophesy that his victory in the July 30 polls is “guaranteed”, as reported by the state-run Sunday Mail, may give him a boost.

Nelson Chamisa and his Movement for Democratic Change (MDC) Alliance have done their bit in getting the spiritual support of Christians, from using the online hashtag #Godisinit, to holding a fast this week and a national day of prayer on Sunday.

An ordained church minister, Chamisa told his supporters at a rally in Gweru: “We want to ensure a smooth cross-over (of power from Zanu-PF to MDC).”

The “cross-over” term will resonate with many here: it’s synonymous with popular local “prophet” Emmanuel Makandiwa – who holds “cross-over” services for his church’s followers at New Year.

The talk of “ghost voters” has come back to haunt Zimbabweans. The opposition-aligned Team Pachedu claims the names of 900 000 “potentially deceased voters” have been moved from the 2013 roll onto the new one.

Electoral commission chair Priscilla Chigumba dismissed any claim of ghosts on the roll. In a statement last week she said it’s hard to imagine how dead people “resurrected” to have their photos and fingerprints recorded for the new roll, compiled between September and June. 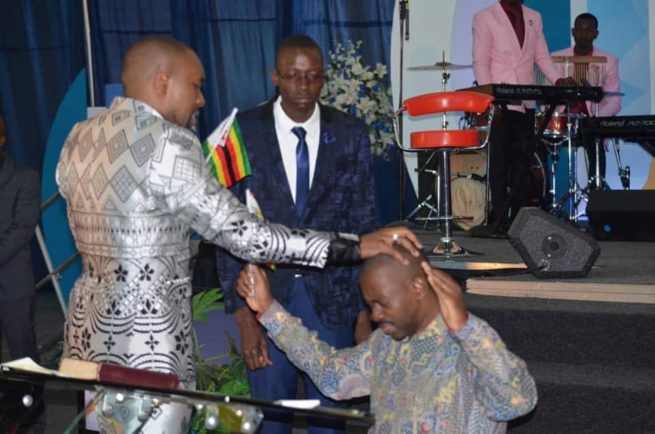 Chigumba says the names of more than 8 000 people who died after registering on the new roll have been removed.

The electoral commission says the use of certain symbols by political parties and candidates has been outlawed. These include ones that denote the Big Five (elephants, leopards, lions, buffaloes and rhinos) as well as owls, snakes or birds of prey. They’re also banned from using the flame lily (Zimbabwe’s national flower), axes, swords and laurel wreaths, according to a list on the commission’s website.

The reason for the ban isn’t stated, but prominent Zimbabweans historian Pathisa Nyathi says animals like owls and snakes are intertwined with a local belief in witchcraft or ancestral spirits.

Other animals and plants have a national significance that are off-limits to parties, Nyathi told the state-run Chronicle.