ZIMBABWE is waiting on election results to decide the country’s next president – but why are the results taking so long and when will they be announced?

The country’s election commission was due to start announcing results at 3pm local time (2pm BST) but has yet to release any information on the presidential race.

Incumbent president Emmerson Mnangagwa, 75, of the ZANU-PF faces a challenge from Nelson Chamisa, 40, who leads the Movement for Democratic Change (MDC) party.

The country’s citizens are voting to elect a president for the first time since former ruler Robert Mugabe was ousted from power in November 2017.

Elections are also taking place for 210 members of parliament and more than 9,000 councillors.

Why are officials results taking so long? When will they be in?

Results are being counted and are slowly coming in at a parliamentary level.

However, none have been issued yet for the presidential race, with some people alleging vote rigging may be at play.

He suggested a “plot” may be at play to “subvert the will of the people”.

MDC supporters are already celebrating what they believe to be a win and leader Nelson Chamisa tweeted earlier: “Winning resoundingly…We now have results from the majority of the over 10 000 polling stations.

“We’ve done exceedingly well. Awaiting ZEC to perform their constitutional duty to officially announce the people’s election results and we are ready to form the next gvt.#Godisinit” 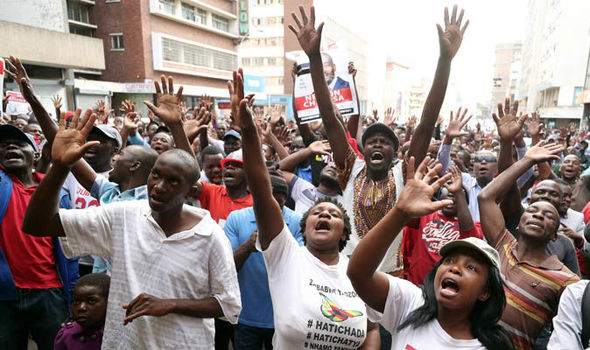 The election commission has denied any allegations of vote rigging and said it had five days to release the results.

ZEC chairwoman Priscilla Chigumba told journalists today: “We will not subvert [the people’s will].”

July’s elections mark the first time the European Union and US election monitors have been allowed into the country in years.

Voter turnout has been high at 75 percent and anticipation is high. 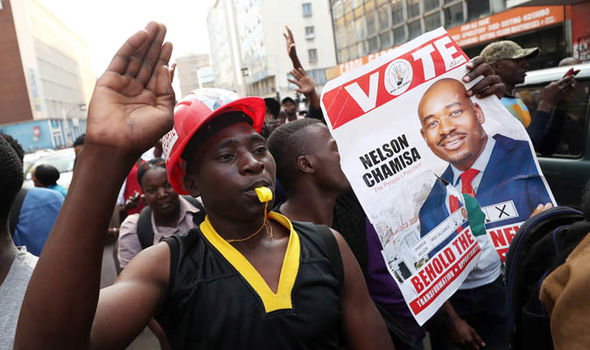 Zimbabwe elections results: A voter of Nelson Chamisa blows a whistle in the streets (Image: Reuters) 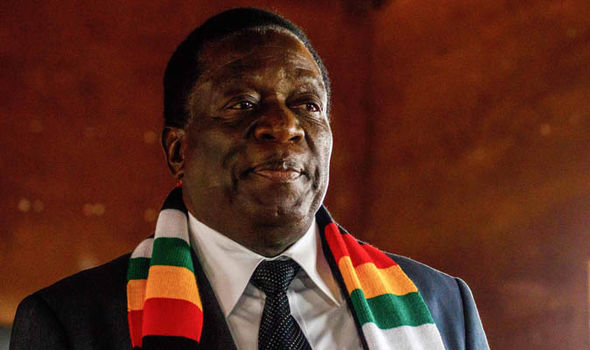 Mr Mugabe has himself thrown his weight behind Mr Chamisa, after denouncing his former party in a surprise move on Sunday.

Zimbabwean civil society groups said this afternoon they were working on a court application to force the electoral commission to get all polling stations to publish results.

The Zimbabwe Electoral Commission said it had so far released results for seven parliament seats out of 210.

A total of 23 candidates across 55 parties are running for the presidency.