The MDC was protesting against the lack of electoral reforms. In attendance was NPF secretary general Shadreck Mashayamombe and party spokesperson Jealousy Mawarire. Speaking at the rally, Mawarire chanted the MDC slogan, “tshisa mpama tshisa” before going on to declare that everyone should for Chamisa on the 30th of July.

Mawarire said that development was going to come through Chamisa and that the only hope for Zimbabwe was Chamisa.

Mawarire’s endorsement of Chamisa suggests that NPF leader Ambrose Mutinhiri may not be running for the presidency this election. 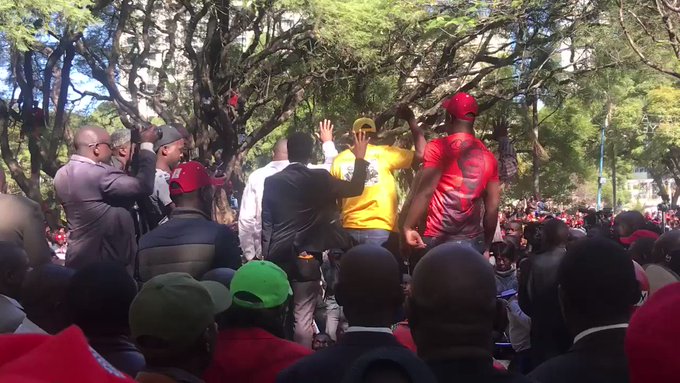