GWERU – An undercover Mirror reporter has been told of weird things that happened on the day that prominent Gweru lawyer Lucy Duve was murdered, allegedly at the hands of her pilot boyfriend.

Contrary to the common line, The Mirror is told  that Duve   (32)who died at 3am on Monday was allegedly assaulted and killed by her boyfriend Tashinga Musonza (29) in the presence of a second girlfriend (name supplied) who also works for the Airforce of Zimbabwe.

It is also understood that Duve who worked for an NGO died in the hands of a neighbour at Windsor Park and not at Tungamirai Airbase in Gweru as widely believed.

Duve’s neighbours told The Mirror that the three; Dube, Musonza and Musonza’s second girlfriend spent most of the day together on Sunday and the three even had a nice time in Duve’s bedroom that afternoon.

Duve allegedly told her neighbour who was also her close friend that Musonza wanted to have sex with the two girlfriends in her bedroom as a condition to get her pregnant. The neighbour suspects that indeed on Sunday afternoon, the day that Duve was eventually killed, the three had sex together.

The Mirror has whatsaap chats which show the involvement of the girlfriend from the Airforce in Duve’s relationship with Musonza. The chats also indicate that Musonza who cohabitated with Duve used to take the Airforce girlfriend to Duve’s place whenever the latter was out on duty. 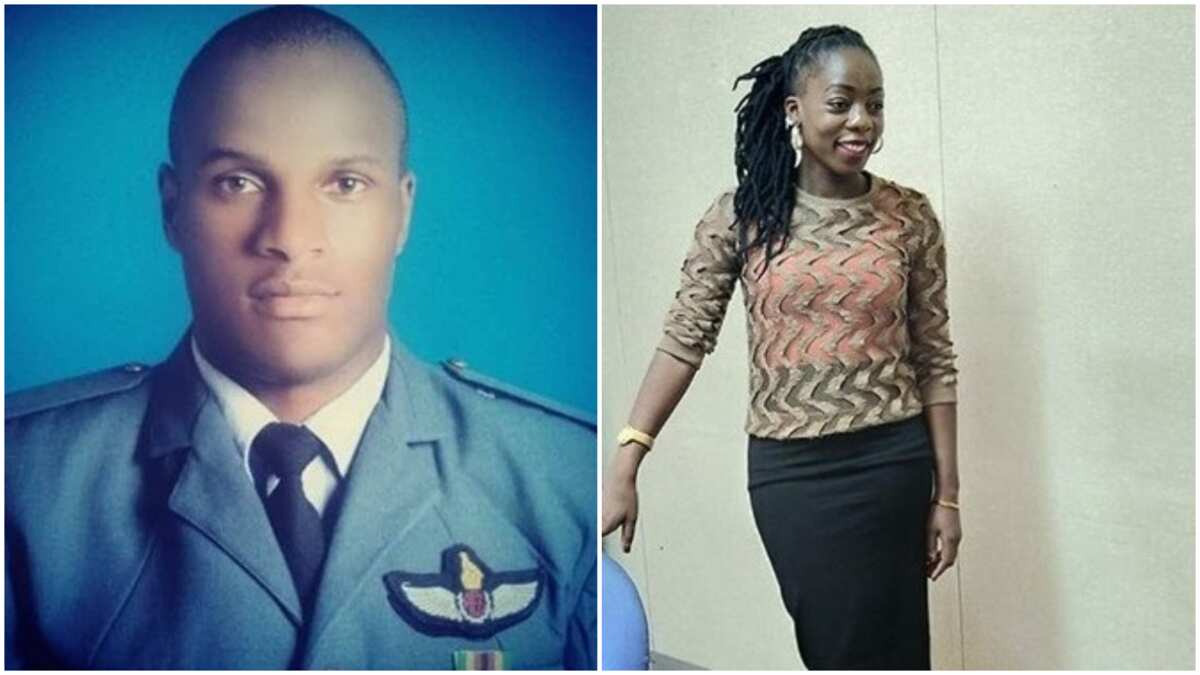 Duve rented a cottage in Windsor Park while Musonza stayed at Josiah Tungamirai  Air base but spent more of his time at Duve’s place.

“On Sunday I talked to Dube and she told me that Musonza wanted to sleep with her and the girlfriend from Airforce in the same bed as a condition to get her pregnant. That day, Musonza went and collected the girlfriend from Airforce and indeed the three were in the bedroom for some hours and I believe that they had sex together,” said a neighbour.

The Mirror understands that later that day, Musonza drove the woman from Airforce back to the airbase. He came back to Windsor Park at around 10pm and there must have been fights in the house as most glass property was left broken, said a neighbour. Musonza was accusing Duve of having a relationship with workmate identified as lieutenant George Mangwenjere, one of his workmates at the Airbase.

The Mirror is reliably told that Musonza and his girlfriend from the Airforce were back at Windsor Park with Duve at around 3am. They knocked at the neighbour’s door and asked the neighbour to collect Dube from the back of a Vitz that they were driving.

“Musonza knocked at my door and asked me to collect Duve from the car. He actually said that Dube was a prostitute who was cheating on him. I went into the car but Duve was bleeding from the mouth and she could not talk. I refused to collect her and asked them to take her to hospital since she could no longer talk.

“Musonza said Duve was afraid to talk in his presence so the two of them got out of the car so that I could speak to Duve. However, as I held her head and tried to urge her to speak, she started kicking and I realised that she was dying.

“I called the two and asked them to immediately take Duve to hospital. Dube died in the car and in my hands,” said a neighbour.

She said Police can get important leads on Duve’s death if they talk to the girlfriend from the Airforce. The Mirror understand that Police took Musonza to Windsor Park for indications on Tuesday.

Burial arrangements for Duve have not yet been made but it is understood that these will happen in Bulawayo where he parents stay.

Duve was a devout Catholic who had spent the previous day with her parents at the national choral competitions of the church at Gweru Conference Centre in Gweru.