UTU – A Gutu man, Annanias Mambeu (26) stormed into a beerhall naked after he was allegedly caught making love to a married woman in Hwiru Suburb last week.

The married woman Rosemary Mushayi (28) also ran away naked in a different direction after the husband Onward Mudzinganyama unexpectedly arrived home from his base in Harare.

Gulamm Mukumba, a barman at Gulam Bottle Store confirmed the incident and said Mambeu arrived at the bar naked with only a pair of socks. He said revellers at the bar wanted to beat him up after Mudzinganyama arrived in hot pursuit and poured his heart out on the incident. 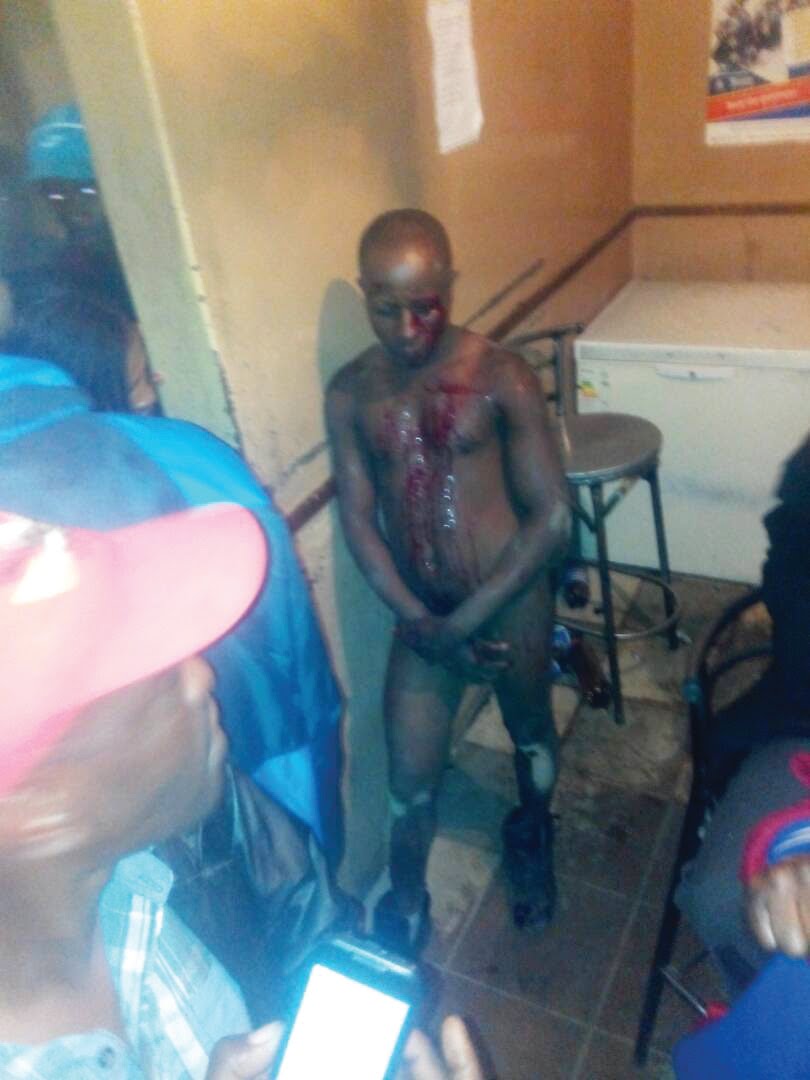 Mukumba said he had to lock away Mambeu in a storeroom to protect him from further assault.

The incident happened at around 9pm. Efforts to get a comment from Mambeu or Mudzinganyama were fruitless. Mushayi was also not available for comment.

Mukumba said he only released Mambeu after the arrival of police and a well-wisher provided him with clothes before he was taken to the Police station.

Mudzinganyama and Mushayi were released by police and Mambeu was detained and charged under Section 41 of the Criminal Law and Codification Act (Conduct likely to cause breach of peace). He was fined $20 and released.