Mashabane’s remarks come days after her ministry allowed Mugabe to return back home after she assaulted 20-year-old South African model Gabriella Engels with an extension chord on the forehead at a hotel after she allegedly found Engels with her sons.

“We are following the law. We have written to Parliament and we will follow up on this matter,” she said, adding Speaker Baleka Mbete, chairperson of the portfolio committee on International Relations and Cooperation Moses Masango were already informed.

And while the public has criticised the South African government for the manner in which it handled the Mugabe assault saga, Nkoana-Mashabane highlighted that she is very supportive of her children and that this has been a painful exercise for her at a mother.

The minister, who was joined by Cooperative Governance and Traditional Affairs Miniser Des Van Rooyen was speaking at a press briefing in Pretoria on Wednesday afternoon where she announced efforts by South Africa to assist the people of Sierra Leone following the Mudslides that have hit the West African country.

The death toll in the region stands at 500 with hundreds more still said to be missing.

Nkoana-Mashbane said while the government would not be dispatching a team of humanitarian workers to the country due to dangerous conditions, an amount of R8 million would be donated to the affected government.

She also called on the public and Corporates to come on board and help.

It is also thought similar conditions could hit the Democratic Republic of Congo.

“This is no longer about the God you believe in. It’s real,” Nkoana-Mashabane said on climate change saying the mudslides in Sierra Leone could have been spurred on by adverse changing weather patterns.

She also added a collective effort was needed in assisting African countries to deal with such disasters and for all The United Nations Framework Convention on Climate Change Conferences of the Parties (COP) agreements to be implemented.

Nigerian Foreign Minister Geoffery Onyeama has also visited Sierra Leone yesterday to show solidarity with the government and its people. 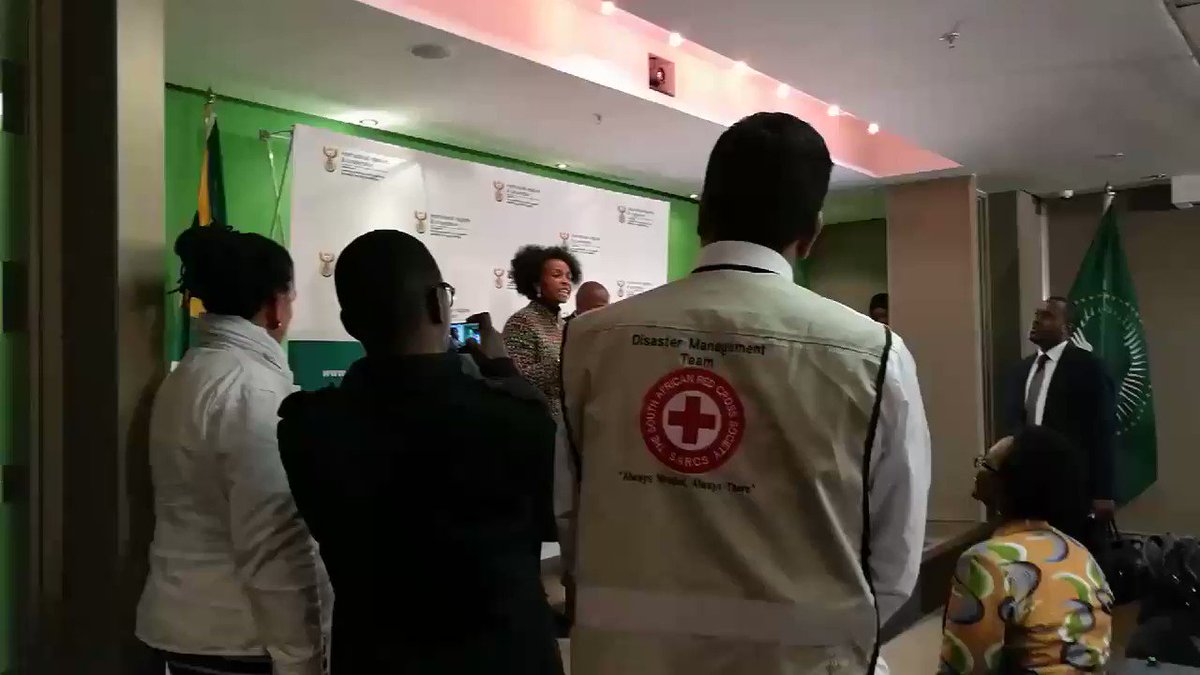 Nkaona-Mashabane stops shot to respond to the #GraceMugabeImmunity saga. Says she has written to Parliament @IOL @AfricanIndy