THE Nelson Chamisa-led MDC-T has dismissed over accusations that is followers prevented the rival Thokozani Khupe group from holding its manifesto launch rally in Harare on Sunday.

Khupe’s faction was forced to call off event after less than 30 reportedly turn up. 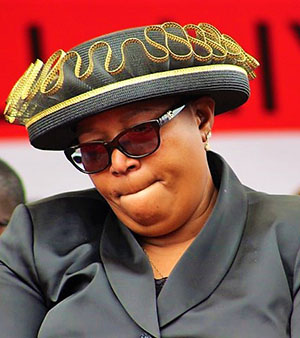 However, in an interview with NewZimbabwe.Com, Chamisa’s acting national spokespersonsaid Nyikadzino and Gutu should desist from tarnishing the image of her party by lying and making unsubstantiated allegations against her party.

“We have said this before and we will continue saying this; Khupe‘s faction has no support base in the country,” said Khumalo.

“In fact, the Harare flop has not only exposed them as liars, but it has also exposed the faction’s penchant for jealous and hatred against the real MDC-T.

“Surely, you cannot continue to blame your monumental failure to organise meetings on President Chamisa.”

Khumalo, who is also the outgoing MP for Bulawayo East, said Khupe and her faction should expect even more humiliation at future “rallies” in other provinces.

“What happened in Harare is just the beginning of more misery in terms of their support base.

“Unfortunately, this is the reality which is awaiting them in all the provinces. People only know the MDC-T led by advocate Chamisa.”

Khumalo also implored the media to be fair and balanced in covering the two MDC factions.

“I am shocked that some newspapers saw it desirable to carry only the allegations from Khupe‘s officials against us without even bothering to hear our side of the story,” she said.

“The MDC-T led by President Chamisa was busy with its party programmes throughout the country and did not have anything to do with madam Khupe’s activities.

“We are really concerned that our name was unnecessarily dragged in this whole charade   when our supporters were clearly not involved.”

Khupe’s faction was last month also forced to postpone its extraordinary congress claiming that the MDC Alliance wanted to attack their members.