Authorities had said earlier that government forces were in the final stages of an offensive in the region and would take care to protect civilians in Mekelle, a city of 500,000 people. There was no immediate comment from the Tigrayan forces in the northern region who have been fighting government troops.

Claims from all sides are difficult to verify since phone and internet links to the region have been down and access has been tightly controlled since fighting began on Nov. 4.

“I am pleased to share that we have completed and ceased the military operations in the Tigray region,” he said in a tweet. Less than an hour earlier, he said in a statement, “The federal government is now fully in control of the city of Mekelle”. 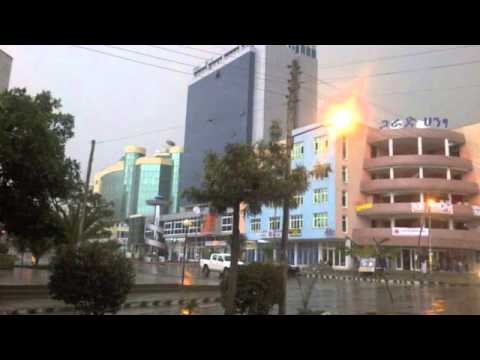 There was no immediate comment from the Tigray People’s Liberation Front (TPLF) forces, who have been fighting Ethiopian troops for the past three weeks in a conflict that has sent shockwaves through the Horn of Africa.

Abiy said police were searching for the TPLF leaders.

“Federal police will now continue their task of apprehending TPLF criminals and bring them to the court of law,” said the prime minister, who has called the government offensive a law and order operation.

Claims from all sides are difficult to verify since phone and internet links to the region have been down and access has been tightly controlled since the fighting began.

Authorities had said earlier that government forces were in the final stages of an offensive in the region and would take care to protect civilians in Mekelle, a city of 500,000 people.

Abiy said the army had secured the release of thousands of troops from the Northern Command, a military unit based in Tigray, who he said had been held hostage by the TPLF.

Federal troops had taken control of “the airport, public institutions, the regional administration office and other critical facilities,” Abiy said.

State television said that federal forces were in full control of the city by 7 p.m.

Earlier on Saturday, a diplomat in direct contact with residents, and the leader of Tigrayan forces said federal forces had begun an offensive to capture Mekelle.

The government had given the TPLF an ultimatum that expired on Wednesday to lay down arms or face an assault on the city.

Thousands of people are believed to have died during the fighting this month, and some 43,000 refugees have fled to neighbouring Sudan.

The northern region of Tigray also borders the nation of Eritrea and the conflict has stirred concern about an escalation around the country of 115 million people, or in the region.

Abiy accuses Tigrayan leaders of starting the war by attacking federal troops at a base in Tigray. The TPLF says the attack was a pre-emptive strike.

Abiy told African peace envoys on Friday that his government will protect civilians in Tigray. The prime minister has said he regards the conflict as an internal matter and his government has so far rebuffed attempts at mediation.