The Nottingham Forest right-back is sending boots and shirts from the City Ground to the southern African country, to help enable grassroots football to flourish.

“On behalf of all my teammates and everyone at #NFFC I will be sending a selection of boots and shirts to help grassroots level football in Zimbabwe,” he wrote on Twitter, which then drew appreciation from Zimbabweans.

Darikwa, who was born in Nottingham to Zimbabwean expatriate parents in 1991, made his competitive debut for the country in October’s African Cup of Nations win over DR Congo – a moment he said he was extremely ‘proud’ of. 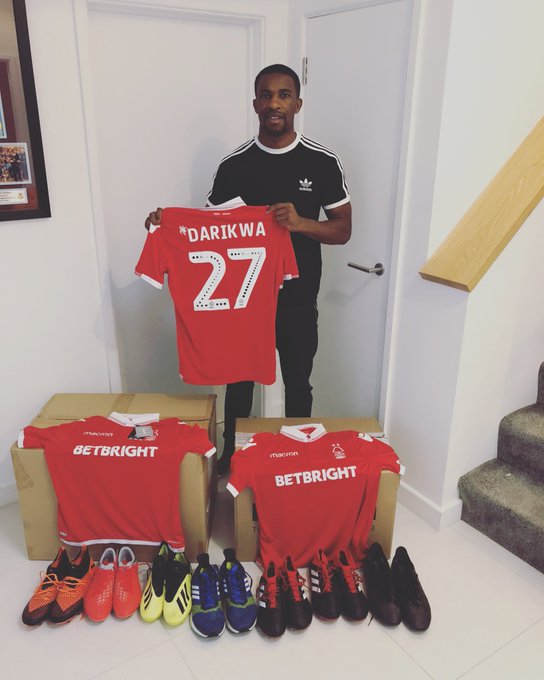 On behalf of all my teammates and everyone at #NFFC I will be sending a selection of boots and shirts to help grassroots level football in Zimbabwe.

576 people are talking about this

“Thanks Tendayi for such a good gesture. There is so much talent in grassroots communities with boys playing soccer without boots. This is a motivation to the beneficiaries.

“God bless you,” wrote Zacharia Mhuruyengwe, while another described him as ‘one in a million’ for the kind gesture.