The Blues defender struck on 81 minutes to settle a pulsating London derby at Stamford Bridge.

Pedro gave the hosts an early lead when he finished off a flowing move to slot home Alonso’s low cross.

Pierre-Emerick Aubameyang wasted a glorious chance to level when he blazed over shortly after. 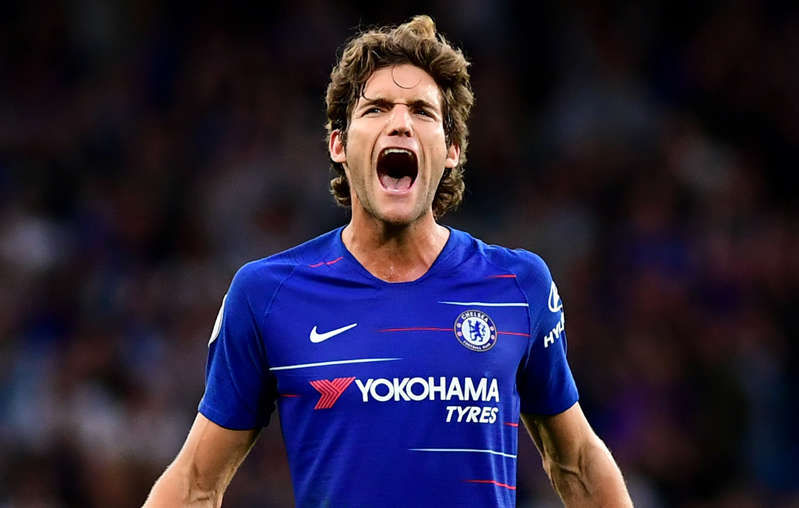 Henrikh Mkhitaryan made amends for a shocking miss to hand the visitors a lifeline with a fine finish from outside the box eight minutes before the break.

However, Alonso swept home the winner late on to earn the Blues the points.

Morata’s position in the Chelsea starting XI is under threat after the return of Eden Hazard to the fold.

© Credits: AFP The Spaniard fired a blank in last weekend’s win at Huddersfield but took just 20 minutes to open his account for the new campaign on home turf.

It’s surely a matter of time before Hazard is back in the starting line-up but Morata gave his boss food for thought with an impressive finish.

The Gunners’ defensive frailties were exposed by Manchester City last week and it was the same story at the Bridge.

© Credits: REUTERS Like City, Chelsea targeted Arsenal’s right-hand side and Hector Bellerin was caught out of position for the opening goal.

Alonso was sent clear down the left and put the ball on a plate for an unmarked Pedro.

3. Pedro starts the season on fire

The Spaniard signed a new long-term contract earlier in the summer and has hit the ground running.

© Credits: AFP While the likes of Hazard and Willian were in action at the World Cup, Pedro was watching the drama unfold from a far.

He has stepped up to the plate in Hazard’s absence and has found the net in both of Chelsea’s opening fixtures.

The Blues didn’t learn their lesson.

© Credits: PA They had a let off as the unmarked Aubameyang and then Mkhitaryan skied easy chances from the centre of the Chelsea box.

However, Iwobi made no mistake when he found himself free to slam home the leveller four minutes before the break.

It could’ve been even worse for the hosts as Aubameyang and then Iwobi squandered similar chances in the first half.

The new Arsenal boss has endured a difficult start to life at the Emirates.

Emery came under fire for his tactics in last weekend’s defeat to Manchester City and was trolled by Chelsea fans when the Gunners found themselves two goals down.

Arsenal sides in years gone by would’ve struggled to reverse the tide away to a top-six rival, but Emery’s men at least showed some character to get themselves back in the game before Alonso’s winner.