In an 11-page statement, Archbishop Carlo Maria Vigano said sanctions imposed on McCarrick by Pope Benedict XVI over sexual misconduct were lifted under Francis, despite reports about his “gravely immoral behaviour with seminarians and priests”.

Vigano said he informed Francis in person in 2013 of the sanctions and how McCarrick, ex-archbishop of Washington, DC, “corrupted generations of seminarians and priests”.

Pope Francis “continued to cover” for McCarrick despite the sanctions and even made him “his trusted counsellor”, Vigano alleged.

“In this extremely dramatic moment for the universal church, he must acknowledge his mistakes and, in keeping with the proclaimed principle of zero tolerance, Pope Francis must be the first to set a good example for cardinals and bishops who covered up McCarrick’s abuses and resign along with all of them,” he said.

The Vatican had no immediate comment on the allegations.

Vigano, 77, a conservative whose hardline anti-gay views are well known, has long been seen as a critic of Pope Francis, who is viewed as more moderate.

His letter also contained a lengthy diatribe about homosexuality and liberals in the Catholic Church.

Colm O’Gorman, an author, activist, and church abuse survivor, said the letter from Vigano was a “fairly shocking development”.

“In the 2,000-year history of the church, no senior church official has ever come out and called on a pope to resign,” O’Gorman told Al Jazeera.

“I think we need to be careful because Vigano has an agenda of his own. There’s an ideological battle going on inside the church – that’s part of what’s at play here… I am surprised it’s emerged from such a high level within the hierarchy of the church. But it’s something the Vatican is going to have to respond to.”

Vigano’s criticism came as Pope Francis made a two-day visit to Ireland, where he addressed sex abuse scandals and “begged for God’s forgiveness” for the “betrayal” by the church.

On Sunday, Pope Francis told tens of thousands of people gathered in Dublin: “None of us can fail to be moved by the stories of young people who suffered abuse, were robbed of their innocence and left scarred.”

Francis met privately on Saturday with eight victims of clerical, religious and institutional abuse, saying he would seek greater commitment to eliminate the “scourge”.

An investigation was launched after a man claimed he was sexually abused by McCarrick when he was 11 years old. Similar allegations were made against McCarrick by other men who were seminarians studying for the priesthood.

In July, McCarrick resigned as cardinal after he was removed from official duties in June.

A recent US grand jury report into sexual misconduct and coverups found 300 priests abused more than 1,000 children over 70 years in the state of Pennsylvania while senior church officials took steps to conceal it.

Vigano himself has had his own problems with allegations of trying to hide the truth.

The coverup accusation, which Vigano denied, concerned accusations he tried to quash an investigation into a former archbishop accused of misconduct. 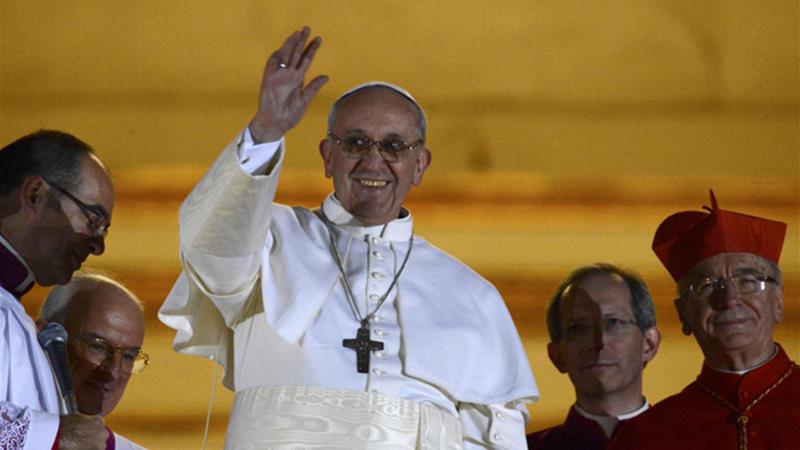