ZANU PF has told the visiting Commonwealth delegation that the ruling party is more than ready to rejoin the bloc, but expressed disappointment at the slow pace of the process.

Speaking after a closed-door meeting with the Commonwealth delegation led by Professor Luis Franschesci in Harare yesterday, Zanu PF acting Secretary for Administration Patrick Chinamasa said the discussions were fruitful.

The Commonwealth delegation is in the country for a week-long visit aimed at assessing progress made by Zimbabwe following an application submitted in 2018 for re-admission into the club.

Their visit dovetails with President Mnangagwa’s engagement and re-engagement thrust anchored on the policy, “a friend to all and an enemy to none”.

“We are very pleased that we had a very fruitful engagement with the Commonwealth delegation this afternoon. We discussed a number of issues mostly centered on our application for readmission into the Commonwealth.

“Zanu PF fully supports the application for readmission and we told them so. We do so because as our President has said on many occasions, we want to be a friend to all and an enemy to none.

“That’s what motivates our application for readmission. We have been a valuable member of the club in the past from 1980-2003.

“We have observed and informed the delegation that our application for re-admission was made in May 2018, four years later we have not yet succeeded. 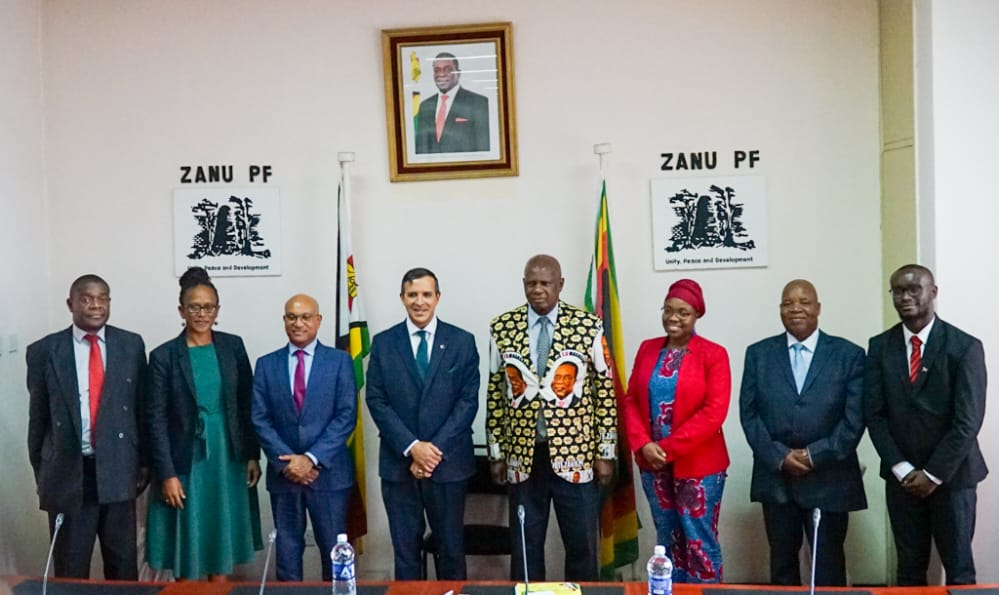 “Our observation is that the process is too slow, but also we observed that the bench-marking is skewed against Zimbabwe. It’s made too high to a point where it’s not applied to any new members who want to get into the Commonwealth or to those who want to be readmitted like us,” Chinamasa said.

He added that Zanu PF, under the leadership of President Mnangagwa, is implementing all the necessary reforms as it is committed to democracy, the rule of law and economic development.

Chinamasa said the impediments preventing Zimbabwe’s re-admission into the club should be coming from those countries who imposed sanctions against Harare.

“Our problem with re-admission should be coming from those countries which imposed sanctions against us and who are members of the club.

“They have to decide whether they want to lift the sanctions, if they agreed to have us re-admitted it would follow that they will lift sanctions. We think that is where the problem may be.”

The Commonwealth secretary-general, Mrs Patricia Scotland, was in South Africa early this month where she addressed the first ordinary session of the 6th Pan African Parliament and pledged to deploy a team in Harare to assess the situation on the ground.

She said several engagements had been made and the current stage with regards to Zimbabwe’s application to rejoin the club was to have an assessment team which will eventually report back before a position is taken.

Mrs Scotland said she was “delighted that Zimbabwe is putting a great deal of energy and commitment to be readmitted back into the Commonwealth”.

Prof Franschesci said they are impressed by their engagements so far with civil society, government, political parties, journalists and individuals.

“We have been engaging Government, media, civil society, opposition political parties and anybody who has anything to say about Zimbabwe. We are very pleased and impressed by the enthusiasm that everyone is showing for a bright future for this country,” he said. – Herald