The nomination is made a few days ahead of the party’s Supreme Court sanctioned Extraordinary Congress scheduled for the 31st of this month.

The development was announced by Witness Dube a former aide to MDC-T leader Thokozani Khupe in his social media post. He said: 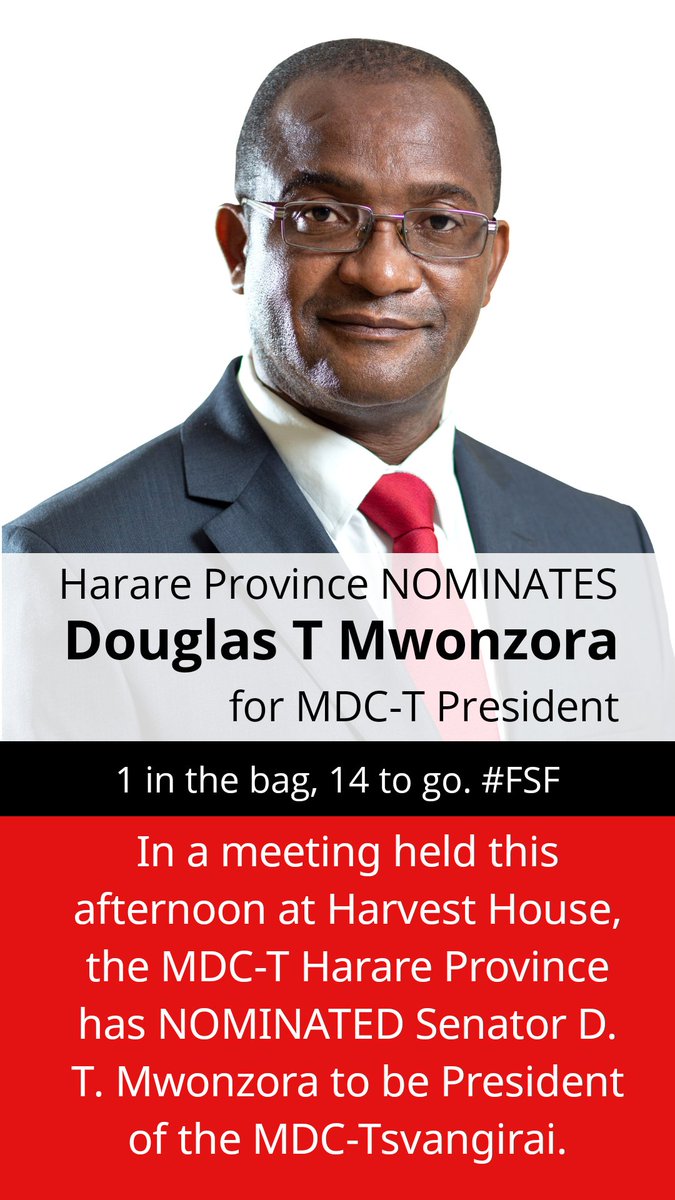 The extraordinary congress is meant to elect the successor to the party’s founding leader Morgan Tsvangirai who succumbed to cancer in 2018.

Since Tsvangirai’s demise, there has been a gruesome leadership crisis in the party, Thokozani Khupe and Nelson Chamisa have been leading the race to replace the late veteran leader.

Chamisa who now leads MDC Alliance was sacked from the party by the Khupe-led interim leadership suggesting that he may not be welcome to attend the congress.