In Nyatsime village outside Harare, European Union election observers go from home to home collecting detailed survey answers — their first mission to Zimbabwe for 16 years since being abruptly expelled.

In 2002, the head of the EU election mission was thrown out on the eve of a violence-tainted election that kept Robert Mugabe in power and was widely condemned as fraudulent.

The vote accelerated Zimbabwe’s isolation as the United States and EU imposed sanctions on Mugabe and his inner circle, and Zimbabwe pulled out of the Commonwealth after being suspended.

Mugabe’s ZANU-PF party are still in power — but this election on July 30 is different.

The former president was ousted in November, and his successor Emmerson Mnangagwa has promised a free vote, inviting back previously banned observers in an effort to show a renewed commitment to democracy.

The EU mission has a team of over 100 people, while the Commonwealth has 23 and a joint-US team from the National Democratic Institute and the International Republican Institute (NDI-IRI) is also present.

“I waited the whole day and the mother of my child is not registered because they said her ID was not in order. They told her to get it fixed in Makoni, which is very far away,” he said.

“They would come up with all sorts of excuses.”

Jinjika said several candidates visited the village during campaigning, sometimes handing out food, adding that it had been relatively peaceful except for one fight between supporters of ZANU-PF and the main opposition MDC party.

With Zimbabweans and the international community focused on whether the country will mark the end of Mugabe’s era by holding a credible election, the observer teams are under scrutiny.

As a result, analysts are predicting possible disparities between “western” observers and teams from the African Union (AU) and the Southern African Development Community (SADC).

Those organisations were never banned from the Zimbabwean elections and have more sway in the region.

“If the elections do go to ZANU-PF, the calling out of the freeness and fairness is going to sit with the AU and SADC,” said Kaajal Ramjathan-Keogh, director of the Johannesburg-based Southern Africa Litigation Centre legal action group.

“It’s going to be critical…. on whether things are regarded as free and fair to look at the disjuncture between what the AU and SADC say, and what the EU says,” said Piers Pigou, senior International Crisis Group researcher.

With the stakes so high and polls suggesting a close race, observers face a tough job given their limited powers — and the EU stressed that it could not play a refereeing role. 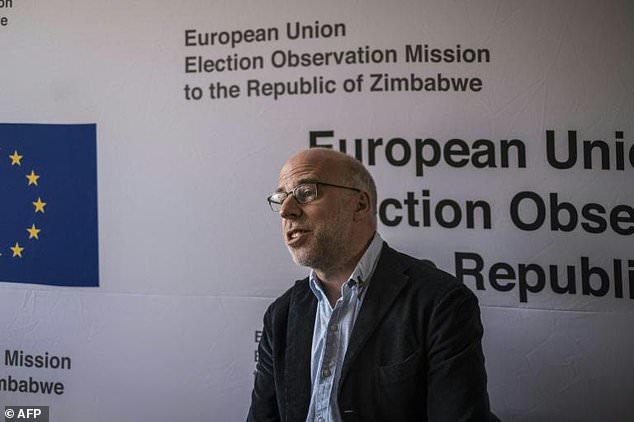 EU Deputy Chief Observer Mark Stevens has cautioned against over-expectations — election monitors by themselves cannot ensure a vote is credible, he says

“Election observers cannot ensure a credible election. The election is run by the authorities in Zimbabwe on behalf of the people of Zimbabwe.

“Our job is to observe and report what goes on and express our opinion afterwards.”

But the observers do believe they can be a deterrent to fraud, and encourage voters that they can cast a free ballot.

“The point of having observers is it raises the cost of trying to manipulate the process,” Larry Garber, co-director of the NDI-IRI team, told AFP.

“Ultimately it’s the people of Zimbabwe who have to decide on the credibility of the election.”

Monday’s elections are a presidential race pitting Mnangagwa against MDC leader Nelson Chamisa, as well as parliamentary and local votes. 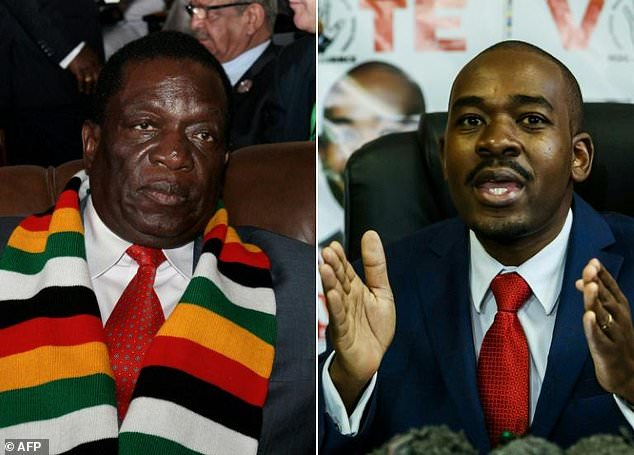 The EU will give its preliminary assessment two days after voting, with a full report published within two months.

Back in Nyatsime, Titus Machingauta, 45, a father of four who knits baby clothes on a sewing machine, was pleased by the visibility of observers because it “helps build confidence.”

But he recalled recently visiting Gokwe, a nearby ZANU-PF stronghold.

“People were gathered there and told to be aligned to one party,” he said.