The South African government on Wednesday “noted protest action in Zimbabwe” and said it was monitoring the situation. This comes amid reports of a clampdown on citizens by the military there.

“Consultations are taking place between diplomats. We’re confident measures being taken by the Zimbabwean government will resolve the situation,” said Ndivhuwo Mabaya, department of international relations and cooperation spokesperson.

This comes as Zimbabweans are protesting the collapse of their economy and the massive fuel hike imposed on them over the weekend.

An internet blackout was imposed by the Zimbabwean government on Tuesday, a day after a three-day national shutdown was called by the country’s largest trade union.

Under the cover of the internet blackout, the military have unleashed a campaign of terror. Soldiers are shooting people. bashing down doors, dragging people out of homes & beating them up, making ppl roll in the mud. No one is covering what’s happening. #shutdownZimbabwe

A brave soul managed to capture this photograph of the military operation currently underway in Harare’s high-density townships. Soliders are going door-to-door beating people. They’re taking people’s phones from them and detroying them. #Zimbabwe #ShutdownZimbabwe pic.twitter.com/Jwjfwsgg6v

Other Zimbabweans have also managed to tweet their concern at unfolding events.

212 people are talking about this 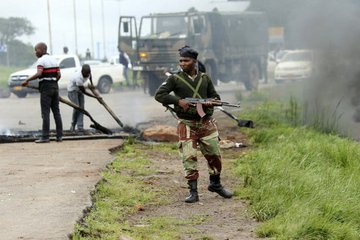 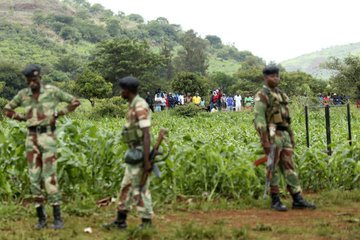 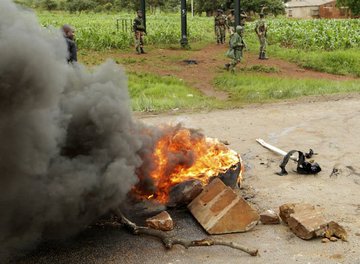 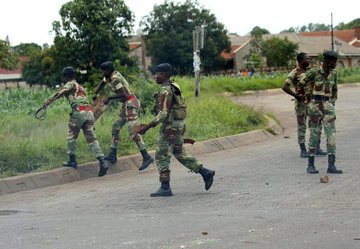 #ShutDownZim Day 3. They shutdown internet so they can set soldiers armed with AK47s on poor citizens. This is from @edmnangagwa so called 2nd Republic GVT.@toddjmoss @KateHoeyMP @ewnupdates @Wamagaisa @ProfJNMoyo @CoryBooker

Meanwhile, President Cyril Ramaphosa issued a statement on Wednesday, condemning the terror attack on a Kenya hotel on Tuesday afternoon.

“South Africa condemns in the strongest possible terms the attacks on the government and the people of Kenya. South Africa extends its condolences to the bereaved and wishes those injured a speedy recovery,” the presidency said in a statement.

No South African citizen has been reported injured in the attack.

The South African High Commission in Nairobi is monitoring the situation and interacting with authorities.