Hopewell Chin’ono has suggested an anti-Fadzayi Mahere campaign has been launched in the opposition MDC Alliance amid reports of a race to find a replacement to Tendai Biti who was recalled from Parliament recently.

Chin’ono’s views were shared by MDC Alliance activist, Pedzisai Ruhanya who claimed there was a determined group of people determined to block Mahere from taking the Mount Pleasant seat.

The @mdczimbabwe should protect its most valuable assets like @advocatemahere.

The ongoing attempts to attack her from within from a political fringe in the MDCA interested in the Mt Pleasant seat is not only detrimental to the MDCA, but to the struggle! 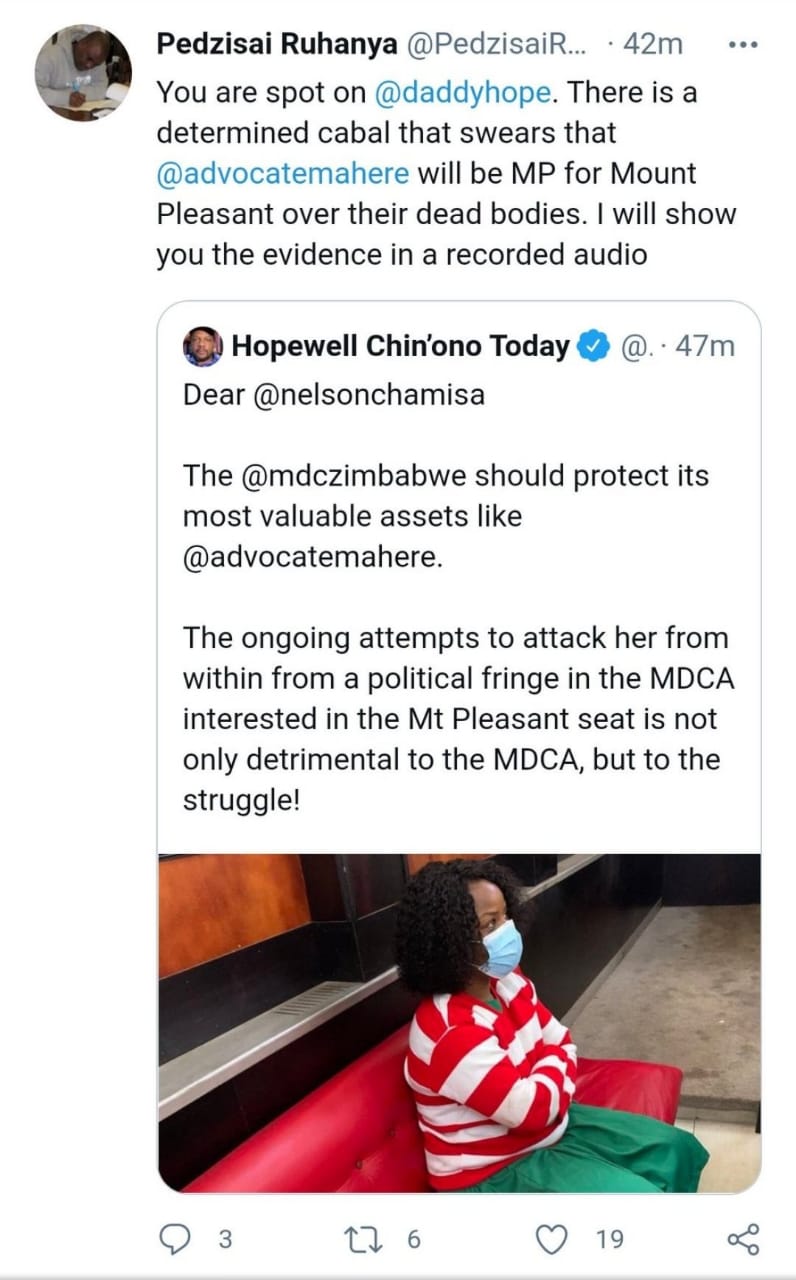 He added that there must be a distinction between the opposition MDC’s modus operandi and that of the ruling ZANU PF. Chin’ono said:

MDCA must distinct itself from ZANU PF by putting forward competent, and adding fairly young accomplished candidates for 2023! Zimbabweans are tired of useless career politicians in both ZANU PF & MDCA! The opposition must win votes on policies and not Protest and Sympathy votes!

In response to Chin’ono’s views, Ruhanya concurred that there was an anti-Fadzayi Mahere group determined to block her from being Tendai Biti’s replacement. He said:

You are spot-on @daddyhope (Hopewell Chin’ono). There is a determined cabal that swears that @advocatemahere will be MP for Mount Pleasant over their dead bodies. I will show you the evidence in a recorded audio.

Some MDC Alliance members believe Mahere who is the party’s spokesperson is a newcomer, therefore, she cannot have the seat ahead of some senior party members.

Her appointment to the spokesperson of the party post sparked controversy in the party.