HARARE – Vice President Constantino Chiwenga could be ready to move on even as his acrimonious divorce from Marry Mubaiwa is yet to go through, ZimLive has been briefed.

The 63-year-old former army general has recently been linked to several women following the collapse of his marriage to the 38-year-old former model after he accused her of attempting to kill him in a South African hospital last July.

One of the women, socialite Michelle Kawome, has come out to deny any romance after incessant social media rumours claimed she was dating Chiwenga.

“It’s not true,” Kawome told ZimLive. “I’m engaged to marry soon, how can I be dating the vice president when I have a fiancé?”

She declined to name her fiancé, although she has posted her engagement ring on Instagram with the caption: “Keep it private until it’s official. I said ‘yes’!” 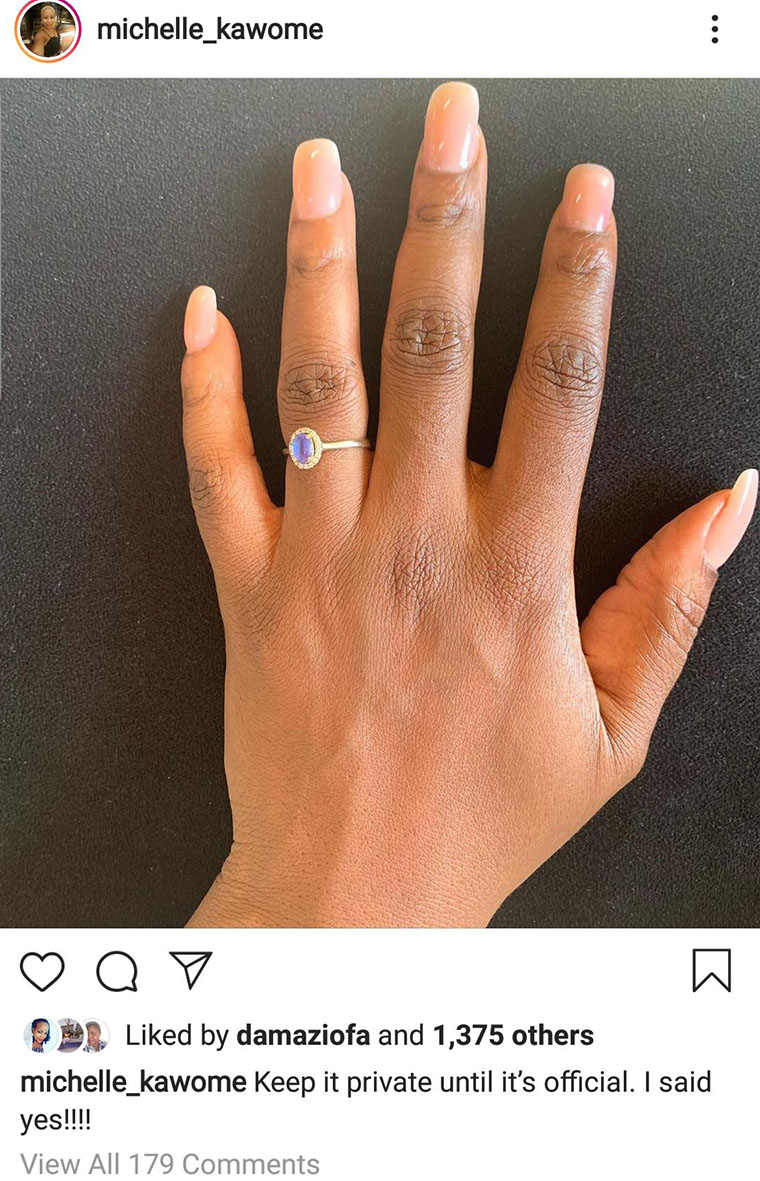 “She told me that she’s dating a top civil servant,” one of her friends said.

Military sources told ZimLive that the next Mrs Chiwenga – the third in 10 years – was likely to be Miniyothabo Baloyi, a soldier recently promoted to the rank of colonel.

Baloyi is reportedly in a long-term relationship with Chiwenga, and travelled to China last year – one of a handful of people allowed to visit the retired army commander during his lengthy treatment there.

Baloyi, thought to be originally from Nkayi in Matabeleland North, holds a degree in Chinese, and two master’s degrees – one in business administration and a second in international relations.

A source said Chiwenga was known to her family.

“The relationship has certainly helped her career on. She has had quite some success in academia, but she’s not a distinguished soldier,” the source said.

Mubaiwa and Chiwenga were customarily married in 2011 after he divorced his first wife, Jocelyn.

The divorce brought Chiwenga’s skeletons tumbling out of the closet, almost literally, after Jocelyn claimed he kept a coffin in their home and also had some voodoo paraphernalia like animal tails and beads locked away in a safe.

Accusing Chiwenga of being “abusive”, Jocelyn added: “He doesn’t know how to say ‘I’m sorry’, or ‘please’.”

Marry Mubaiwa divorced her footballer husband, Shingayi Kawondera, to be with Chiwenga.

Last week, after her release on bail following her December 14 arrest over the alleged murder plot and money laundering charges, she returned home to discover she had been locked out by soldiers. She has not been able to see their three young children either.

It is a fate that befell Jocelyn before her, when Chiwenga ordered soldiers to evict her from their farm without a court order after forcing through his divorce.

But far from scaring off potential brides with his past, Chiwenga appears poised to remarry with no shortage of eager partners. – Source: ZimLive