The Constitutional Court does not open on weekends and public holidays as per court rules – a fact that appeared to be lost on Mnangagwa’s legal team, whose vocal public face is Zanu PF’s legal secretary, Paul Mangwana.

They arrived at the Court in central Harare to find the gates firmly shut on Monday, which is Heroes Day. The earliest the court will open is Wednesday, as Tuesday is Defence Forces Day, also a public holiday.

The MDC leader says in court papers that ZEC manipulated the results through a combination of reducing Chamisa’s votes while inflating Mnangagwa’s tally to get him past the 50 percent plus one vote threshold by which to avoid a runoff.

Chamisa had seven days from August 3 to challenge the result – and he did so on August 10, chiefly to stop Mnangagwa’s inauguration which had been pencilled in for August 12.

Mnangagwa’s lawyers, in what appears to be their on-going confusion with Constitutional Court rules, thought his filing was out of time, because they had counted Saturday and Sunday – when in fact the deadline is August 16.

In their calculation, Chamisa had up to close of business on Friday, August 10, to file his election petition and also serve the papers on all the respondents.

In bizarre scenes last Friday, Mnangagwa’s office refused to accept service of the papers and referred his lawyers to the Attorney General. Later, Mangwana told state media Chamisa’s application should be thrown out because

Mnangagwa had not been served with the papers at his address registered with ZEC in Kwekwe.

That, too, appeared to be a failure to grasp the law as court rules provide that if the person to be served is occupying the Office of the President, Vice President, Speaker of Parliament, Prosecutor General, Attorney General or President of the Senate, delivery of the papers to their office should suffice. 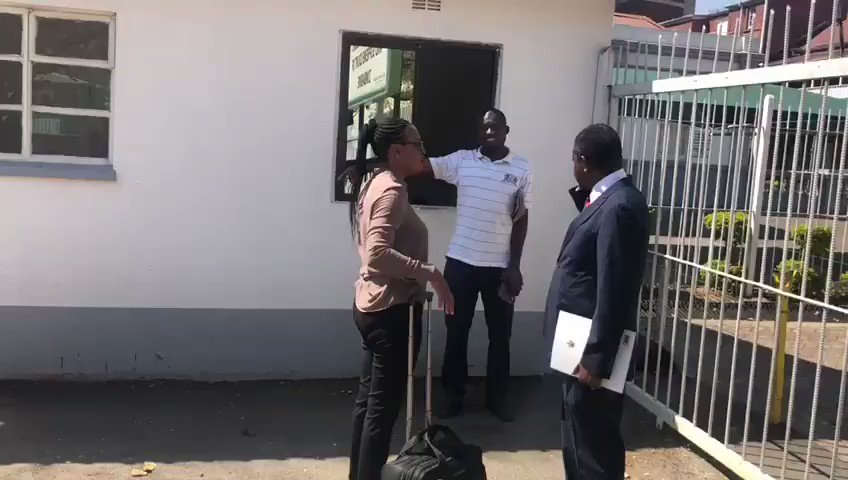 They can run but they cannot hide. Sights of Paul Mangwana looking bemused & at sixes & sevens this morning at the ConCourt. Mnangagwa’s lawyers are full of sound & fury; signifying nothing. A clueless lot. Clearly Mangwana’s chibarabada approach to 7 days is replete with danger!

MDC Alliance spokesman Professor Welshman Ncube, a constitutional lawyer, said Zanu PF were “desperate” to get the matter dismissed on technicalities because their petition had a good prospect of success.

Mnangagwa, along with the other 21 presidential candidates, ZEC and the Chief Elections Officer – all respondents – who were served with the papers on August 10, have three days to file their notice of opposition, meaning the clock only starts ticking on Wednesday, August 15, with a time limit of close of business on Friday, August 17.

After Chamisa is served with the opposing papers by any of the respondents, he has another three days to file an answering affidavit before filing his heads of argument – putting in motion the court process.

The Constitutional Court full bench of nine judges then has 14 days to deliver their verdict.

The court has a wide discretion – from ordering a recount, a re-run to declaring a winner.