MASVINGO – Two suspected robbers have appeared in court after they allegedly ripped part of the roof of Honeycomb Shop in Rhodhene and stole $680.
The Shop is run by Masvingo prominent businessman Ignatious Mazambani.
Tawanda Nyoni and Denis Gatsa both aged 24 were nabbed by Masvingo CID team that included Emmanuel Chiwedza and Takesure Bozo.
Nyoni and Gatsa appeared at Masvingo Magistrates Court. The court heard that the two removed an asbestos sheet from the roof at Honeycomb, gained entry and stole $680 during the night. 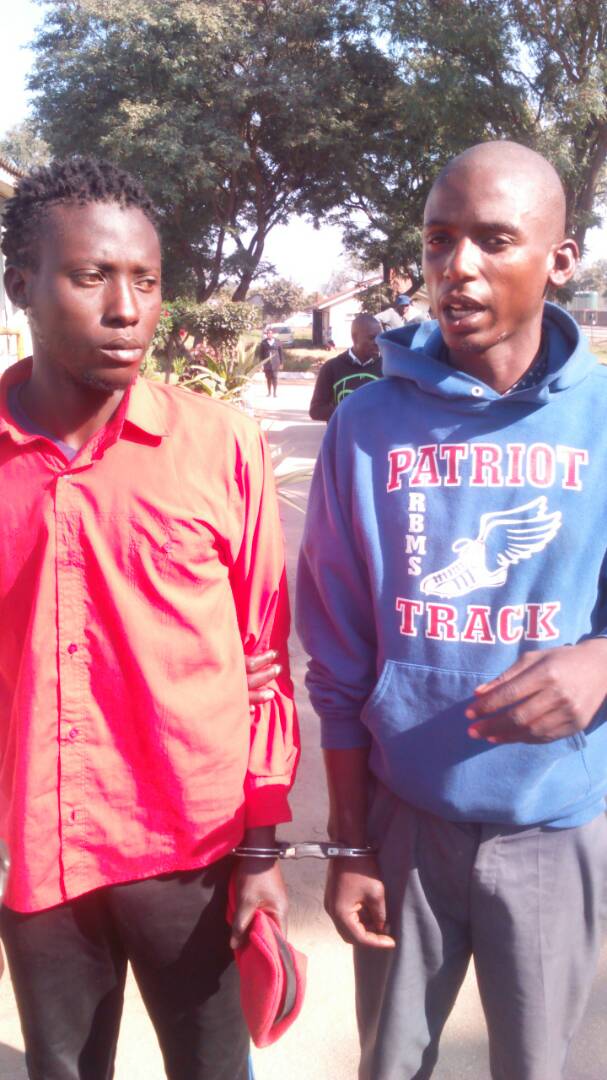 In a separate trial, Tawanda Nyoni was charged with 11 counts which included unlawful entry, theft and damage to property. The accused pleaded guilty to all the charges and admitted to stealing grocery  and liquor at different shops at Sisk Business Centre in Mucheke, laptops at Guni House and was sentenced to 34 months in prison and four months were suspended. Edmund Mapope prosecuted.