News Ticker
BIKITA – A ‘miracle’ happened on Saturday last week when a Bikita woman who complained that she was pregnant for 11 months gave birth three days after her mother-in-law untied a knot she had made with a red woolen thread.
The mother-in-law, Thonase Chinyan’anye of Village 10 Resettlement Areas who was accused of bewitching Susan Magada appeared before Chief Budzi’s traditional court on Saturday.  She pleaded guilty as charged and said she was removing the charm immediately.
She took out the red woolen thread which she had tied around three times and untied it. She also said that she had set up a mouse trap using a piece of a flat stone to kill her daughter-in-law together with her unborn child as the stone fell. 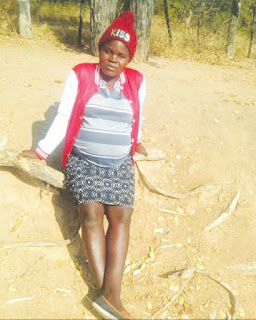 Paridzai Budzi who is the secretary to Chief Budzi confirmed the case in an interview with The Mirror.
“I am a witch my chief and it was my turn to provide meat to my colleagues whom I work with. I set a trap using a stone. My daughter-in-law was going to die the moment the trap fell. I stopped my daughter-in-law from giving birth by tying this thread and now she is going to give birth,” said Chinyan’anye.
She took a brick in front of the court and made a symbolic mouse trap and said by dismantling it she was also dismantling the trap she had set in the bush.
Miraculously Magada gave birth to a bouncy baby girl on Wednesday last week, two days after leaving the traditional court, said Budzi.
Magada had told the court that she was pregnant for 11 months and she visited doctors at Birchenough Bridge Hospital and they could not establish the cause of the problem. She said that some nurses advised her to try traditional healers for help.
She then went to a prophet who told her that she was bewitched by her mother-in-law. After the prophecy she reported the matter to Chief Budzi who summoned Chinyan’anye to court.
Magada went back to Chief Budzi to break the good news and get a letter to assist her get a birth certificate for her baby.
Magada said she was shocked when she heard that her mother in-law bewitched her. – Masvingo Mirror