Farmer Gilbert Butau appreciates his maize, but in recent years, he said, he has had to accept reality: Climate change is making it harder to grow enough maize for his family.

“In the past, if I planted 10 kilograms of maize seed, I would get at least 2 tons, but now we get 150 kilograms from the same amount of seed. The rain is now erratic — it is getting less every year,” said Gilbert Butau, who farms on several hectares of land in Mudzi, a hot, dry district in northeastern Zimbabwe. 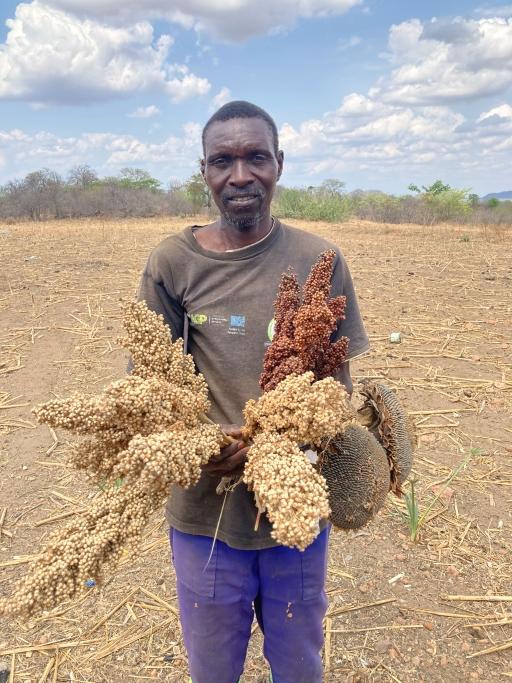 Zimbabwe has had to import maize, a staple food, for the past several years as the country struggles to produce enough to feed its population of 15 million people. Experts blame more frequent droughts and erratic rainfall, which has led to poor harvests and chronic food insecurity.

Over the past decade, the government has tried to wean Zimbabweans off maize in arid parts of the country, encouraging them instead to grow traditional small grains like sorghum and millet, which are more drought-resistant.

But making the switch has not been easy. Producing small grains is more labor-intensive, and most Zimbabweans still prefer the taste of corn to sorghum or millet.

Europeans introduced maize to Africa in the 16th century, and Africans quickly took to it because it was easy to grow. It could also be eaten on the cob before being harvested. Small-grain crops, on the other hand, attract pests, mainly birds, which means someone has to guard the fields against them. They also require more processing, including threshing, the act of separating the grain from the plant. Done on the ground, this often gets sand in the grain, making it unattractive to eat.

Subsistence farmer Zvanyadza Karima, also from Mudzi, owns one. He uses it to thresh his grain — and his neighbors’— for a fee.

“Using the thresher, we do not deal with bits of stone or sticks or sand; it is now clean,” he said.

He added that guarding the fields against the voracious quelea birds that can quickly destroy a whole field is now a shared community activity. 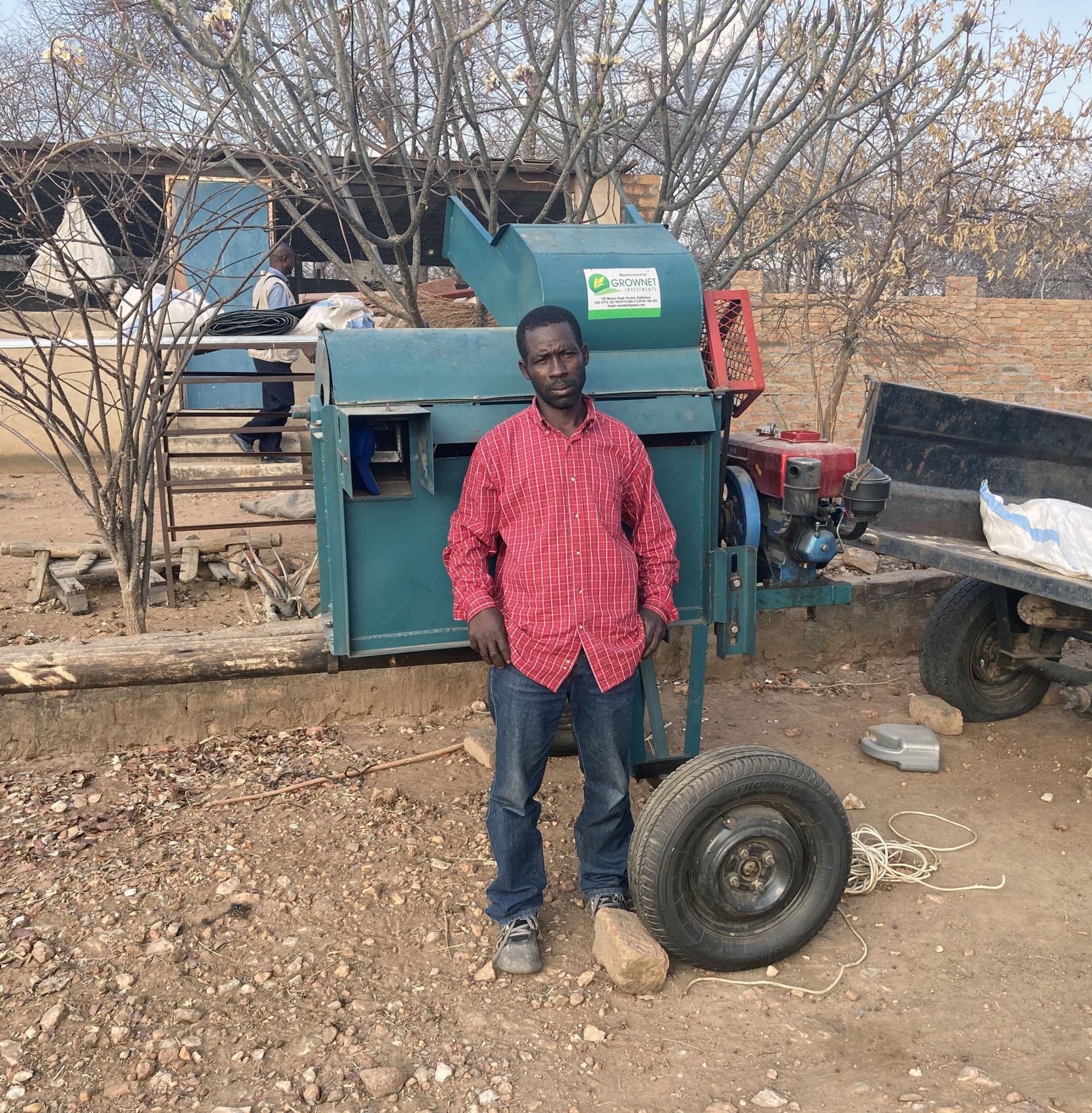 More farmers are turning to drought-tolerant small grains. But convincing Zimbabweans to make the switch is challenging: Most people favor ground white cornmeal to prepare a thick porridge, a staple dish eaten all over the country.

Gilbert Butau’s wife, Faina Butau, is originally from a predominantly maize-growing area. She said that developing a taste for the small grains was more challenging for her than it was for her six children.

“When I moved here after getting married, it was difficult for me, but I am now used to them and prefer sorghum and millet to maize,” she said. Sorghum meal on a supermarket shelf in Zimbabwe.

Many Zimbabweans also hold a common belief that maize is nutritionally superior to traditional gains, but UNICEF nutritionist Mara Nyawo dispelled this myth.

“They are higher in fiber, and the B vitamin, are good for immunity, and reduce the risk of chronic diseases like diabetes, heart disease, and high blood pressure,” she said, adding that small grains also reduce the risk of obesity, a growing issue in Zimbabwe.

The government has been working to persuade more farmers in drought-prone areas to grow small grains with incentives. This year, an agricultural program that targets some 3 million households is changing the contents of its free seed packs.

“Because of climate change, farmers in those [vulnerable] areas will get traditional grains that do very well in those areas,” explained Stancilae Tapererwa, a senior Agriculture Ministry official. 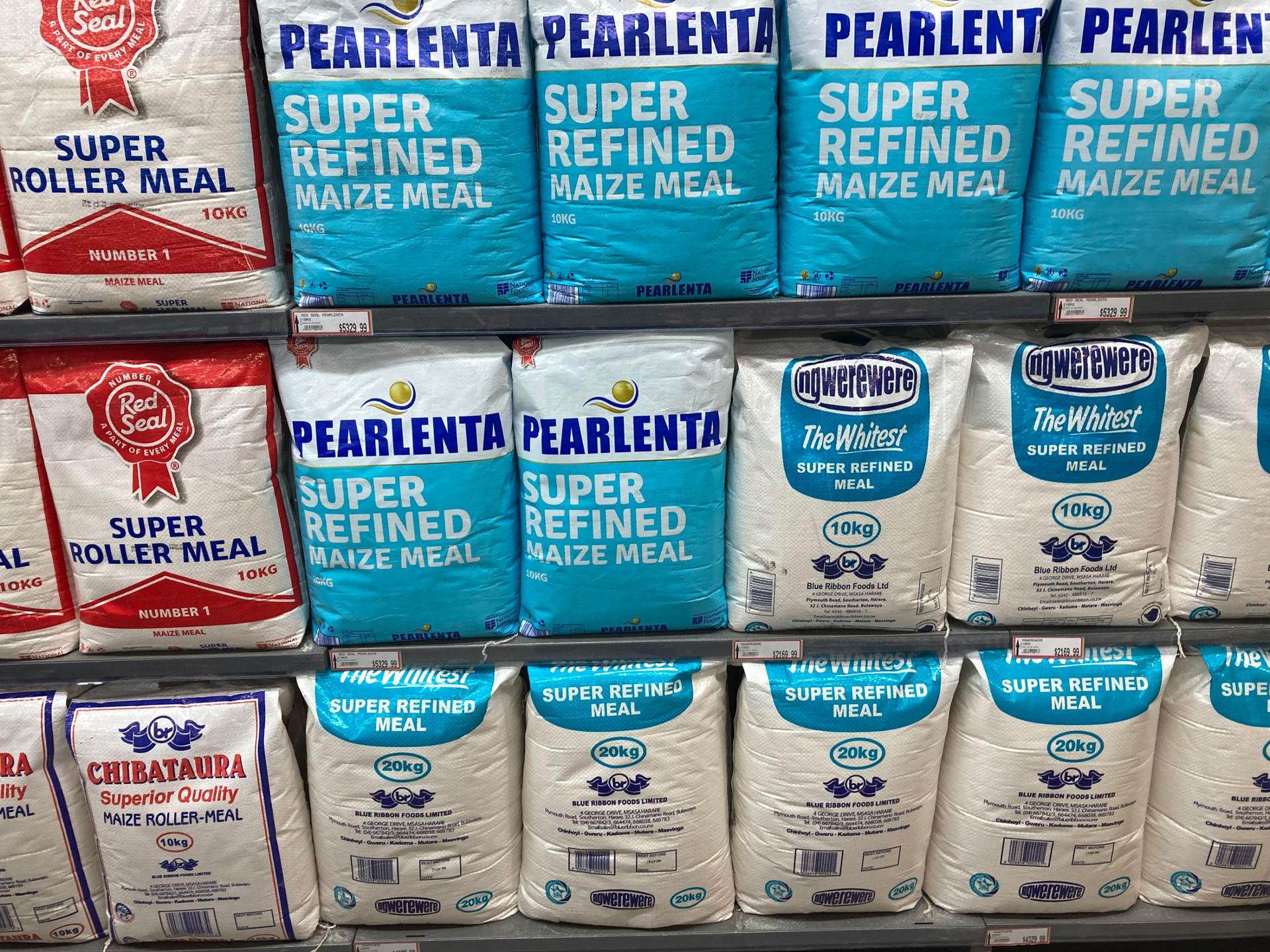 Maize is a popular meal for most Zimbabweans, but more are turning to sorghum and millet as alternatives.

The Ministry of Agriculture also encourages the uptake of small grains with a program that encourages farmers to sell their small grains and buy maize at Grain Marketing Board depots across the country, according to Vangelis Haritatos, the ministry’s deputy minister.

“So, we will take that burden away so that farmers can be confident that even though I have grown traditional grains, I can still get the bag of maize.”

With these efforts, attitudes toward growing and consuming small grains are slowly changing in Zimbabwe. These types of grains now appear on menus at most restaurants and they’re available at the supermarket alongside other so-called healthy foods.

They are, however, priced at a premium compared to cornmeal, putting them beyond the reach of the not-so-well-off. If prices come down, more farmers will grow more small grains and put them out into the market.