The ‘In Da Club’ hitmaker was fuming when The Carters dropped ‘Everything is Love’ so soon after the ‘I Can’ hitmaker dropped ‘Nasir’ on June 15.

In an interview with Dr Whoo Kid shared on Twitter, 50 – whose real name is Curtis Jackson – ranted: “That was f***ed up what they did to Nas.

The ‘Candy Shop’ rapper then accused Jay of slyly getting his own back on Nas following the pair’s infamous feud in the 90s.

He added: “This n***a still slapping him without everybody noticing.

“I ain’t heard neither of those records on the radio. Why the f*** you do that, man?” 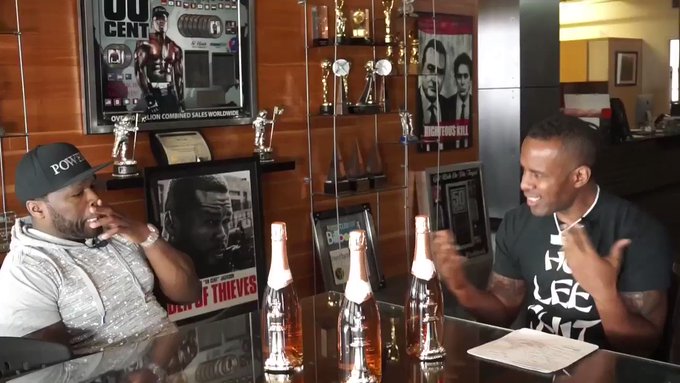 ‘Encore’ hitmaker Jay was left reeling when Nas didn’t turn up to the studio to lay down a verse for his 1996 LP ‘Reasonable Doubt’. As a result, the Roc Nation label owner hit out at Nas – whose real name is Nasir Jones – during his concert, saying: “Ask Nas, he don’t want it with Hov.”

Nas then released the diss track ‘Stillmatic (Freestyle)’, in which he branded Jay the “fake king of New York” and “rapping version of Sisqo [‘Thong Song’ hitmaker]”.

“I’d be saying f**k that, do whatever I want to do, and they be looking at me like I’m grimy for doing that.

“This n***a be super quiet, he be doing some real grimy sh*t. He just got a different way for doing things.”