Earlier this month, “The Daily Show” host Trevor Noah made a surprise visit to parliament as President Cyril Ramaphosa’s guest and it turns out it was all last minute.

Talking about the experience during one of the “Between The Scenes” videos, Noah shared the whole story behind the visit.

In the video, Noah starts by talking about his return to SA for a holiday, explaining that he came back to check on his foundation and to catch up with his friends.

Making a joke that every time he goes home people shout at him about coming home.

Saying that the lady at border control in SA asked him “Trevor, when are you coming home?”. With Noah replied, “I’m home” and the lady continued asking him when he coming home.

To which the friend said it was the president of the country and that he wanted to say hi to Noah and invited him over to the presidential homestead in Cape Town.

Noah invited his friends with him to the visit but omitted the fact they were going to see Ramaphosa. And mentioned that he was dressed in a suit for the event he was going to afterwards, but his friends were dressed in casual clothes.

When they arrived at the homestead, Noah’s friends were confused as to why they were there, and once he told the receptionist he’s there to meet the president the one friend said “Dude! I’m wearing a hoodie!”

Noah replied by saying he’s sorry and forgot to tell them where they going. President Ramaphosa then invited him to parliament and said that the whole experience was a surreal moment.

Watch the clip below: 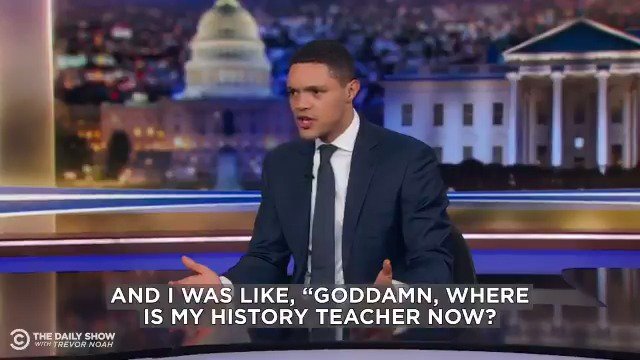 Going home to South Africa and a surprise meeting with President Ramaphosa. #BetweenTheScenes

2,610 people are talking about this