BEVERLY HILLS, Calif. (AP) — Sean “Diddy” Combs called out the Grammy Awards for dissing rap and R&B stars in its major categories in a blazing speech that earned him a standing ovation from Beyoncé, Jay-Z and several other music industry players.

At the end of his 50-minute speech Saturday night at Clive Davis’ white-hot pre-Grammys gala, where Combs was honored, the music mogul demanded change and said he was happy to be involved in making a difference.

“So I say this with love to the Grammys, because you really need to know this, every year y’all be killing us man. Man, I’m talking about the pain. I’m speaking for all these artists here, the producers, the executives,” he said. “The amount of time it takes to make these records, to pour your heart into it, and you just want an even playing field.” 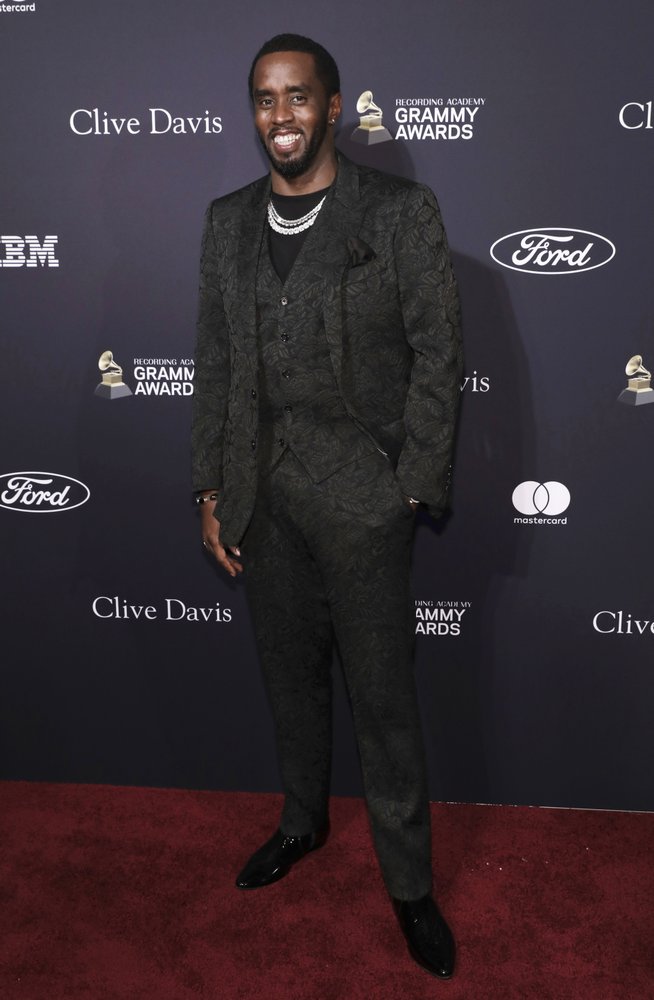 Over the years, the awards show has been criticized when top performing acts like Beyoncé, Kanye West, Eminem, Mariah Carey and others lose in major categories, including album of the year and best new artist. The rap and R&B stars often fall short of their pop, rock and country counterparts.

Rap, particularly, has had a longstanding losing streak at the Grammys, which celebrates its 62nd show Sunday. Only two rap-based albums — Lauryn Hill’s “The Miseducation of Lauryn Hill” and Outkast’s “Speakerboxxx/The Love Below” — have won album of the year. Last year’s Grammys marked the first time a hip-hop song was awarded song and record of the year when Childish Gambino’s “This Is America” achieved the feat. And only four rap acts have been named best new artist, including Hill, Arrested Development, Chance the Rapper and Macklemore & Ryan Lewis.

Questions loomed heavily over the Grammys’ voting process this week after the academy’s just-ousted CEO, Deborah Dugan, claimed that the awards are rigged and filled with conflicts of interest.

“So right now with this current situation, it’s not a revelation. This thing been going on, and it’s not just going on in music, it’s going on in film, it’s going on in sports, it’s going around the word,” Combs said. “And for years we’ve allowed institutions that have never had our best interest at heart to judge us. And that stops right now.” 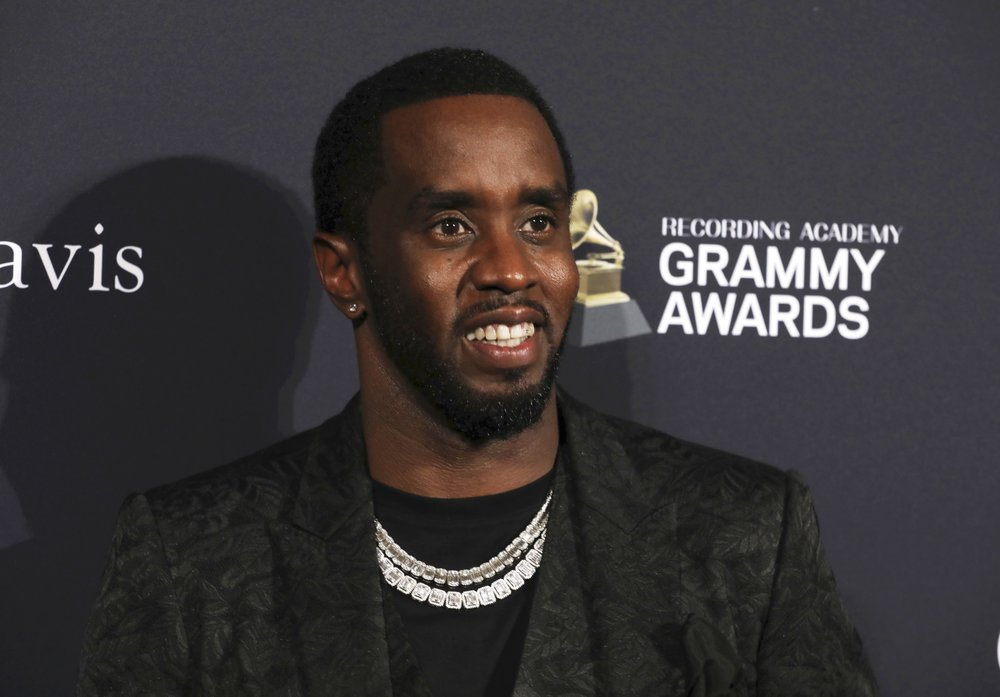 The 50-year-old ended with a stern message: “I’m officially starting the clock — y’all got 365 days to get this (expletive) together.”

Combs, the founder of Bad Boy Records, received an all-star tribute from artists he’s worked with, including Lil Kim, Mase, Faith Evans and Carl Thomas. The performance transformed the Beverly Hilton Hotel into a hip-hop jam session, with some people even dancing on top of chairs, including Usher, Wiz Khalifa and Combs himself. 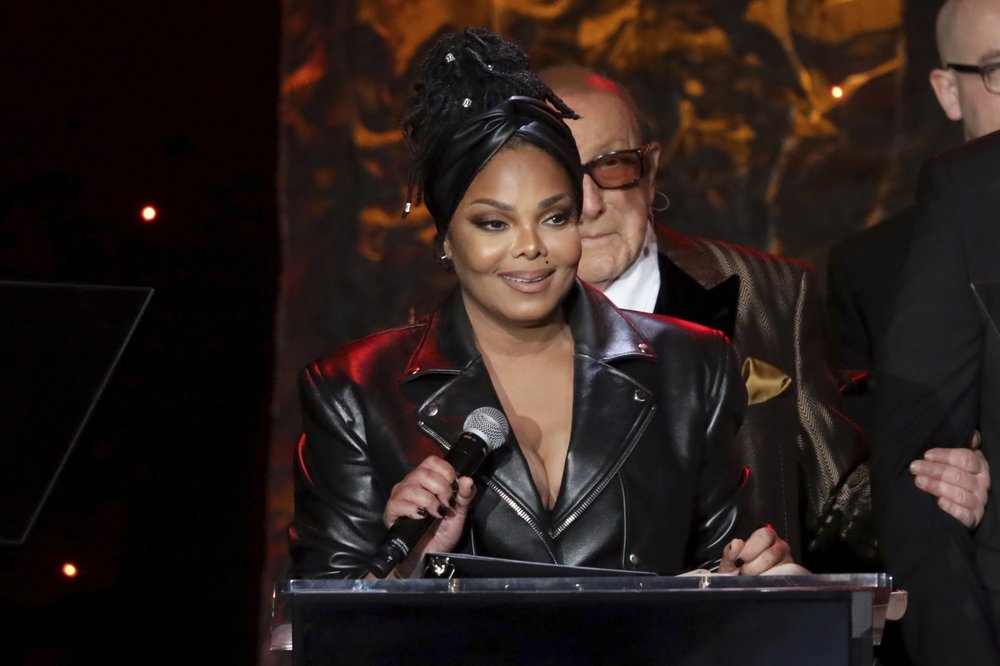 Beck kicked off the multi-hour event with an energetic performance; others who hit the stage included Carlos Santana, Chance the Rapper, John Legend, Khalid and Cynthia Erivo, who sang Janet Jackson songs in tribute to the performer.

Jackson, who didn’t receive an award but was honored for her musical achievements, said she’s happy to still have a career in music.

“When I was getting dress this evening I thought about it and I said to myself, ‘I’ve been in this industry for 47 years,’” the 53-year-old said. “That’s a long time but I still enjoy going to work and I feel very blessed my journey ahead of me.” 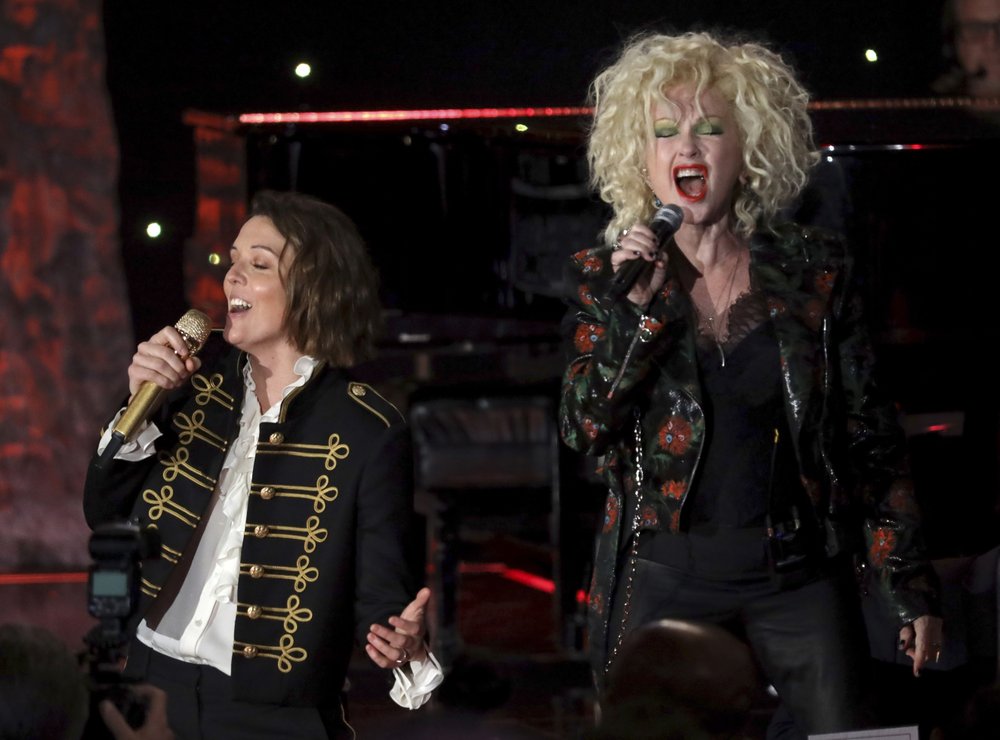 Though Cyndi Lauper wasn’t honored Saturday, she also owned the show with an explosive performance of her classic hit song, “Girls Just Want to Have Fun,” alongside singer-songwriter Brandi Carlile. She took off her shoes, leaving the stage to sit on top of a table where Jamie Foxx, Usher and others were sitting.

“Wait, stop, you’re (expletive) dead,” Lauper told the crowd in the middle of her performance. “You’re in the music industry. Where the (expletive) is your lungs?”

She won over the crowd, which fully participated by dancing out of their seats, singing along and — yep — having fun.