The 70-year-old singer and actress became the subject of false rumours this week when several reports surfaced claiming she had just “weeks” to live, and she has now taken to social media to rubbish the claims, stating that despite having revealed in 2017 she’s fighting cancer for the third time, she’s still in good health.

In a Twitter video, the ‘Grease’ star said: “Happy New Year, everyone! I just want to say the rumours of my death have been greatly exaggerated, to quote a very famous quote, and I’m doing great and I want to wish all of you the happiest, healthiest 2019 that’s possible.

“Thank you all for the wonderful love and support for me and for my Olivia Newton-John Cancer Wellness Centre in Melbourne, Australia.” 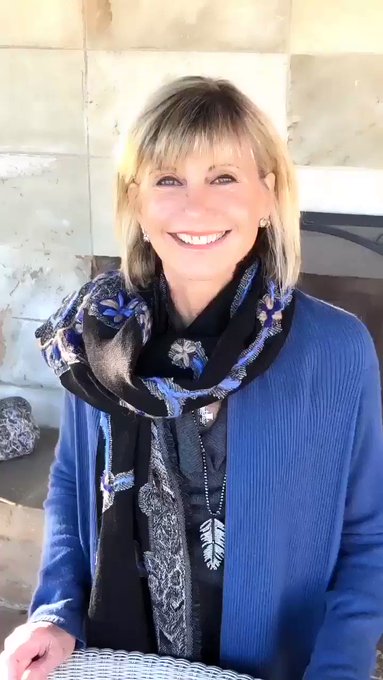 5,480 people are talking about this

The update on her condition comes after she previously revealed that she’d faced a second battle with cancer in secret in 2013.

Olivia was first diagnosed with cancer in 1992 and underwent a partial mastectomy, nine months of chemotherapy and a breast reconstruction, and after she revealed the disease had returned in May 2017, she told fans in September last year this current battle was her third after the one she’d faced in private five years previous.

The ‘Two of a Kind’ actress revealed she was involved in a minor car accident in 2013 which led to the discovery of a lump on her back, and whilst she originally thought it was caused by the strain of her seatbelt during the collision, subsequent scans revealed the lump was actually the return of breast cancer.

Speaking about keeping the diagnoses under wraps, she said: “I thought, ‘It’s my life’ and I just decided to keep it to myself.”

Despite her ongoing medical battle, Olivia won’t be consumed by negativity, as she knows she’s “a very privileged person”.

The ‘Physical’ hitmaker added:  “There are other people out there doing much, much worse than me. I’m a very privileged person, and I’m very aware of that. I live in this beautiful place. I have a wonderful husband. I have all the animals that I adore. I have an incredible career. I have nothing, really, to complain about.”