NEW YORK (AP) — When Brandy began crafting her newest album nearly three years ago, her intent was both benevolent and selfish. She wanted to give R&B fans the timeless music she’s been synonymous with, while also gain liberation from emotional bondage.

She achieved her goal with “B7” — but she wasn’t prepared for the raw and emotional way the lyrics poured out of her during the creative process. It’s why, for the first time, the Grammy winner co-wrote every song on the album and co-produced the majority of the project.

“This is a heartbreak album, on top of me also finding my voice, finding my self-love,” the R&B star said. “My heart was just on blast … I’ve never been this creative in terms of music, just with writing and producing. It just seemed like I was going into a different part of myself, discovering things about myself I didn’t really hone (in on) before.”

“What’s the point of doing music if I can’t tell my story? If I can’t be honest within my own lyrics? If I can’t use music to heal my own life?” Brandy questioned as she became emotional. “So, I just took a chance. And I feel like my life is so much better.”

“B7,” released last month, marks a triumphant return for the singer whose previous album dropped eight years ago. “Saving All My Love” — a title referencing her mentor, the legend Whitney Houston — opens the album as Brandy explains her absence: “Sorry for my tardy/Long time/I was brokenhearted/Heartache, I’m guarded.” 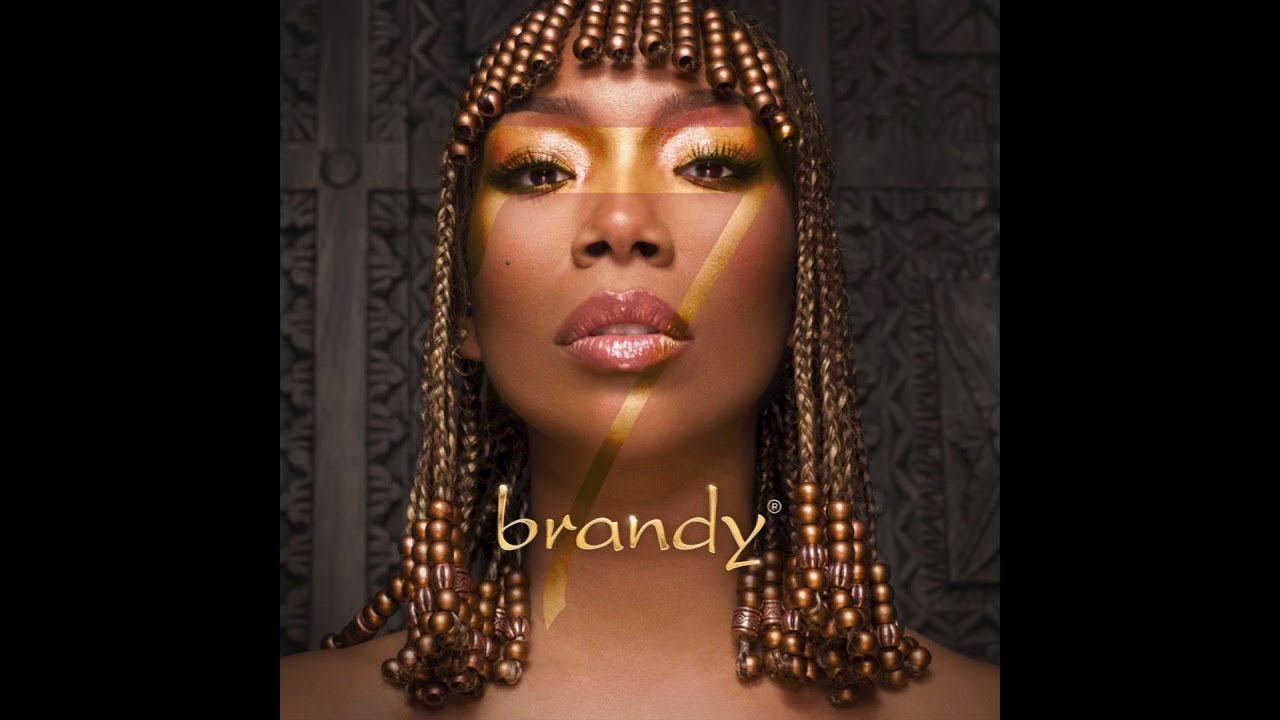 Brandy bravely opens up about “scary time” in her life and says her daughter helped inspire her to persevere.

“I had to get my heart together. I had to get my mind together,” said Brandy, who had her journal open during this interview with The Associated Press. “I’m no good when my spirit is off.”

There’s pleasant familiarity on the seventh studio record from the woman who has influenced stars like India.Arie, Solange and H.E.R and is known as the “vocal bible.” With “B7,” Brandy aimed to create fresh, creative music without losing “what my fans know me to be.”

But she also opens herself up by tackling heavy subjects. Mental health is at the center of “Borderline” and on the raw closing track, “Bye BiPolar,” she sings of a love gone terribly wrong (Brandy said she hasn’t been diagnosed). She also hints at past possible substance abuse on “Lucid Dreams,” a dreamy, minimalistic track where she lulls, “Got demons to tame (illusions)/Maybe it’s a daze/Got worse over time/I was always high.”

“I wasn’t with the person that I wanted to be with, so I was with this person when I fell asleep. And so, I was addicted to being asleep, and that was just not a healthy place for me,” she explained pensively. “That was a scary time. And I had to face a lot of things about myself that I never thought I could.” 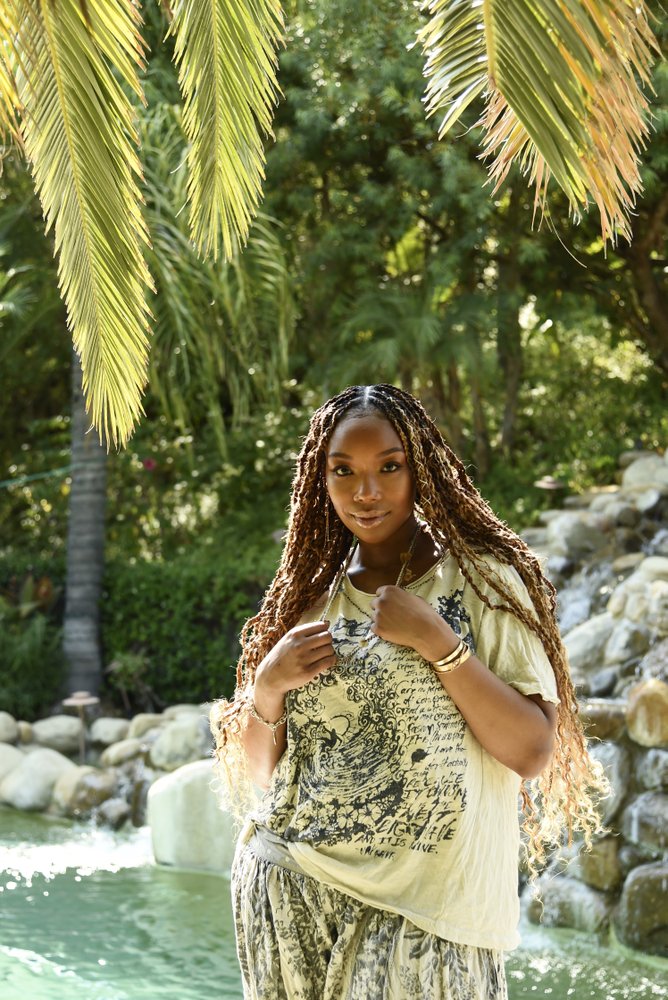 For the first time in career, Brandy co-wrote all the songs on her new album.

Released on her new imprint Brand Nu Entertainment, “B7” is Brandy’s first independent album. It debuted at No. 3 on Billboard’s R&B albums chart and No. 1 on the Independent albums chart. She worked on the album with the songwriting master and mentor, the late LaShawn Daniels, producer DJ Camper (H.E.R., Mary J. Blige) and songwriter Kim “Kaydence” Krysiuk, who contributed to nine tracks on the album.

“At the start of it, I could tell she was super self-conscious about her ideas … because I don’t know if anyone’s ever instilled that confidence in her writing. But she could write her (butt) off,” said Krysiuk, who has also penned hits for Beyoncé and Ariana Grande. “She could really have done this album by herself.”

It was 1994 when 15-year-old Brandy burst onto the music scene with her self-titled debut, which sold four million albums in the U.S., followed by the five-million seller “Never Say Never” in 1998, forming a career that birthed hits such as “I Wanna Be Down,” “Have You Ever,” “Sittin’ Up in My Room” and “The Boy Is Mine,” her 1998 duet with Monica that dominated at No. 1 for an astounding 13 weeks. That collaboration, two decades later, still lives on: Brandy and Monica will participate in the popular “Verzuz” celebration series formed by iconic producers Timbaland and Swizz Beatz on Monday.

Another part of Brandy’s ’90s life is having a moment in 2020: Her sitcom “Moesha” was added to Netflix this month to much fanfare. The hit show was another example of Brandy reaching popstar status without sacrificing her R&B sound. Following “Moesha,” she became the first Black actress to portray “Cinderella” on-screen and she also had her own Barbie Doll.

But her perfect image took a huge hit in 2004 after it was revealed that she lied about a marriage to her child’s father to avoid scrutiny for having her daughter out of wedlock. 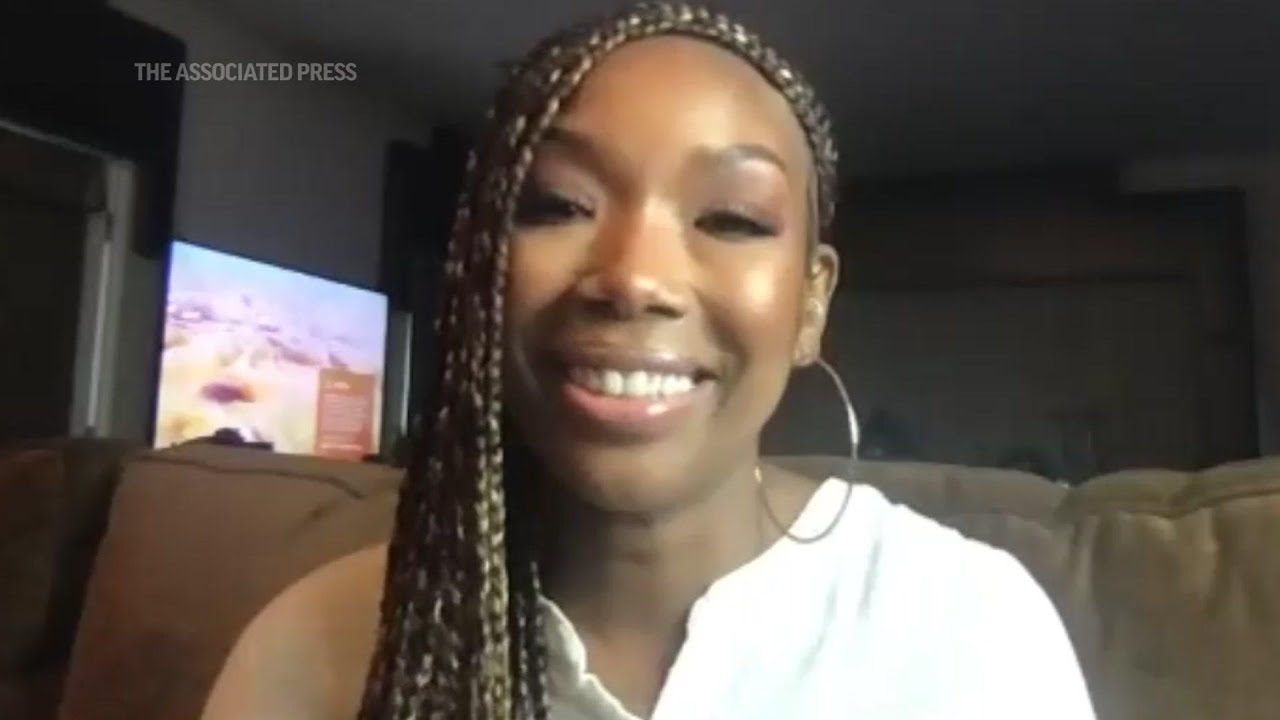 Some of those experiences, as well as her journey of motherhood, inspired songs on “B7” like the up-tempo bop “Baby Mama” and “High Heels,” featuring that same daughter, Sy’rai, now all grown-up.

“It’s really coming to terms with your own strength,” Brandy said of “High Heels,” which Sy’rai co-wrote. “I don’t need others to validate me like I used to.”

That message of self-validation is one that she constantly injects into her 18-year-old daughter.

“It’s her, actually, that sings: ‘It’s me who validates me,’” said Brandy. “Just for that to be something that she can work toward is a beautiful thing.”

At 41, Brandy is also continuing to work on herself. She said being vulnerable and open in her music has gotten her close to truly feeling liberated.

“I’m a lot more free than I’ve ever been, but I think freedom is a process.” With a smile, she added: “I’m definitely on the road to feeling completely like a butterfly, for sure.”