Responding to critics today on Facebook, Masiyiwa said that he and his companies had endured persecution alone and that no one had stood in their corner to defend them.

Masiyiwa has been criticised especially on Twitter for his “Mnangagwa is sincere” statement earlier in the week.

I fled my country when assassins were sent to kill me. I had been tipped off by someone in the Mugabe government who was related to me. Even when I left the country, there were other attempts to kidnap me in SA. It has been 18 and a half years. Only I have the right to decide when to come home. 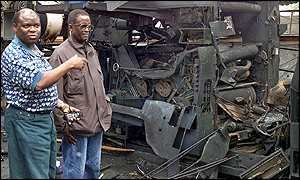 My executives [in Zimbabwe] were arrested and held in leg irons for 16 days. I endured all the persecutions, including the bombing and shutting down of my newspaper business.
No one stood in our corner, or expressed indignation, perhaps because there was no Twitter?
…
Intimidation and threats have never affected me. I stood up to Mugabe when most of those issuing threats by Twitter were either in diapers, or hiding, or even simply minding their own business.
Whatever!
I did not rail at them, and never will or demand that they say only what I approve.