The Zimbabwean grade 1 pupil who was stabbed and killed in a school’s toilets on Monday will be buried in his mother’s native land of Zimbabwe on Saturday.

However, a memorial service will be held on Thursday in memory of Charlton Karuweruwe at Dikeledi Makapan Primary School where he was killed.

This, according to his family, was to afford his school mates, friends and residents of Makapanstad in the North West to pay their last respects to him.

Charlton’s death sent shock waves across the country after an older boy from Mmankala Technical High School allegedly slept in the primary school’s toilets before stabbing and killing him in the morning. 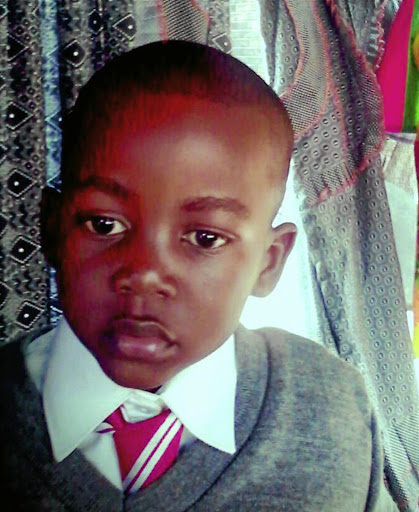 The suspect, who is 17, was arrested and will appear in court again on Tuesday.

North West education MEC Sello Lehari’s spokesperson Freddy Sepeng said the department was saddened by what had happened and the pupils as well as teachers at the school were receiving psychological counselling.

Sepeng said a task team had been formed to help the family with funeral arrangements.

“The school is receiving psychological counselling and a task team have been formed to assist the bereaved family.”

The boy’s death happened barely three months after the nation woke up to news of the brutal killing of a 24-year-old teacher in Zeerust, also in North West, allegedly by one of his 17-year-old pupils.

Residents who spoke to Sunday World on Friday said after the incident on Monday, they assaulted the suspect and he was admitted at a nearby clinic.

When the newspaper visited the Karuweruwe family, some neighbours were there to comfort the family.

Accused haunted by dreams of grade 1 pupil.
NEWS
1 day ago

The boy’s aunt Nothisah Nhongo described him as a good boy who did not talk much except when with his peers.

“His mother is my sister and she is not in a good state. It is going to take a while before she can recover as she has lost her last-born child and we don’t know why this happened to him. We want to know why he [the suspect] did such a terrible thing to Charlton,” she said.

The aunt also cleared the air around reports that the suspect had a romantic relationship with the deceased’s sister.

“People are lying and making assumptions about the whole thing. We did not know the suspect nor have seen him before,” she said.