There have been repeated and constant attacks on Nigerians and other foreign nationals in South Africa. These attacks which first started in the late 90s were infrequent and occasional, but they have now become regular and seem systematic. Other nationals often targeted include the Somalis, Ethiopians, Malawians, Zimbabweans, Namibians, Zambians, Tanzanians, Pakistanis, Bangladeshis and Mozambicans.

While facts and figures as to lives and property loss are not well-established, an estimated 118 Nigerians have lost their lives over the years and millions of Rands in property have been lost as well. In the current attack, as reported, a car dealership shop belonging to a Nigerian was burnt down over the night of September 1, 2019.

The usual refrain by South Africans is that foreigners are taking “our jobs”, “our women” and that Nigerians are “criminals” who sell drugs and engage in shady deals. The underlining drivers are however economic and a benign belief of superiority in values and perhaps, race which creates a tendency of repulsion to black foreigners. Evidence clearly suggests there are no jobs in South Africa and Nigerians are not pivotal in the drug networks. StatSA Quarter 2 report shows that youth unemployment in South Africa is 56% and this is the highest on the continent. A recent study by the Institute of Security Studies finds that Tanzania, Mozambique and Kenya networks are the dominant drug networks in the South Africa heroine market which they transport through the East Coast channel through Cape Town and Nelson Mandela Bay to the hinterland. The negative perception against Nigerians has persisted despite these facts possibly because our way of life and our numbers generally make us visible.

The South African Government has shown lack of interest and prefers to issue platitudinous statements after each episode. It is obvious these xenophobic attacks will continue for obvious reasons.  The attacks serve good political purpose. There are serious governance challenges and the political-economy outlook is not clearly positive. The poverty level is worsening and the growth achieved pre-1994 is weakening. For instance, power is now epileptic in many parts of the country. More importantly, these attacks seem ‘victimless’ to the government since its citizens are not the victims, and they serve as a decoy that buys time on its governance issues. 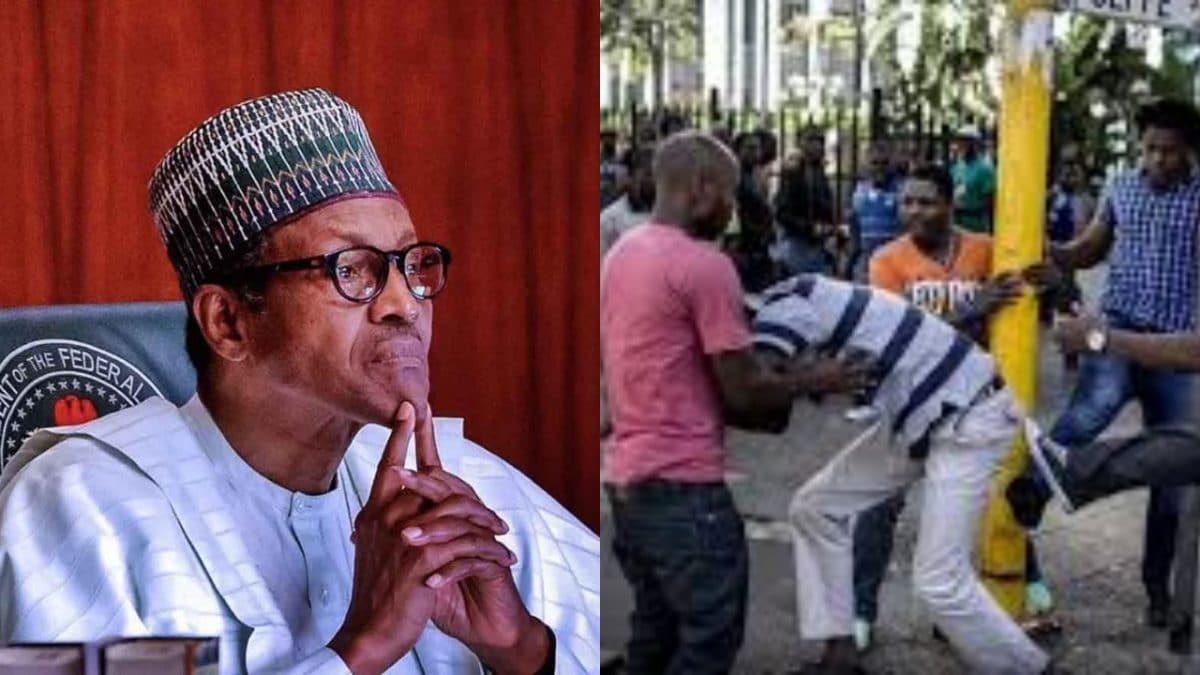 Just like South Africa, the Nigerian government has equally shown un-sustained interest issuing platitudinous statements that often mean nothing. This however needs to change as the attacks seem to get bigger progressive. A position is that Nigeria has weak bargaining power against South Africa given that there is no visible South Africa community in Nigeria, so a retaliatory policy will be counter-productive. Closely aligning with this position are the arguments that appeal to emotion. That Nigeria and other African countries heavily invested in the anti-apartheid struggle so their citizens are entitled. While there are good reasons informing these arguments, the continued attacks are however showing they are weak and definitely unheeded. The generation who will appreciate these facts is not at the driving seat anymore.

It is being reported that President Muhammadu Buhari will be visiting South Africa in October in a state visit and these attacks will be discussed. It will be naïve to think this will change anything. The current political and race dynamics in South Africa are benefiting from these externalised or transferred aggressions. It doesn’t also seem likely that any government will use excessive force on its citizen against non-citizens which explains the ineffectiveness of the South African police in curtailing the attacks.

Nigeria needs a more robust intervention not only because of the need to match up to its protective functions as a state but also because of the need to give leadership to other African countries which are unable to stand for their citizens. A good place to start is to use its soft power maximally by declaring South Africa as an unfriendly nation and begin to gradually scale down cooperation and diplomatic relations. Contrary to the common perception about South Africa’s higher bargaining power, the country stands to lose more, economically and materially, if Nigeria ceases relations. There are Nigerian businesses in South Africa no doubt, but they are largely informal and small to medium in size. In contrast, there are more corporately structured South African businesses in Nigeria and losses from their Nigerian operations will cascade to loss of jobs and income at home. Also, a belligerent economic relation between the two countries will send negative signals into the business environment that will most likely affect South Africa’s economy more than it will affect Nigeria. The Rands will most likely take a hit given its exposure and any negative impact on the naira will be marginal.

The number of Nigerians in South Africa is not well-established, but some estimates put it at 800, 000. The South African Government however said there are only 30,000 Nigerians in South Africa. Somewhere in-between is the true figure. In my categorisation, there are three categories of Nigerians in South Africa. The first are those who are stuck either because they are too poor to afford a return ticket or they are undocumented and are therefore afraid to approach the border because they will be sent to prison. The second category are those who are legal but are running businesses or some forms of artisanal trades. The third category are professionals especially in academics and technical fields. The first category will need government help to come back to Nigeria. This is where Nigeria will need to step up and work through the consulate to bring them back. There are families, women, children who are stuck in this way.The Nigerian High Commission will probably have lots of information on this.

The second category will be the most difficult to convince to leave South Africa, because they have higher skin-in-the-game given their investments, but being alive should be more important than being in the line of attack constantly. The third category will be fine, even if they choose to stay. They will most likely never be victims of the attacks, but they will be victims of severed diplomatic relations.

There is a cognitive bias around the perception of Nigerians in South Africa and in fact many parts of the world. Criminal activities by a few Nigerians are leading to profiling of the larger group. More importantly, this profiling is failing to see the positive activities by Nigerians. For example, South African universities are well-ranked comparatively to the rest of the continent. This ranking is based on research outputs, ability to attract international students among other factors. Research output is ranked based on affiliations and not nationality, scholars from Nigerians and other Africans therefore significantly contribute to this ranking for South African universities. Another example refers to the various technical and volunteering services done by Nigerians. For instance, The Redeemed Christian Church of God in South Africa has numerous CSR initiatives in South Africa with funding coming from members who are predominantly Nigerians.

Given South Africa’s history, this xenophobism seems to have a link to the thinking that informed apartheid. There are lots of liberal South Africans who are neutral or are against these attacks. They need to speak up and counter the narratives driving them.  Many whites were also against apartheid, but their silence counts for nothing now. As Edmund Burke said, for evil to triumph, it takes good men to do nothing.

David is a Nigerian expert based in the Southern African region. This article was first published by The Punch