HARARE – Zimbabwe is moving to inject additional bond coins valued at $3 million into the local market, it has emerged.

According to a September 20, 2017 invoice seen by The Source from South African Mint chief financial officer, Gerda Janse van Vuuren, addressed to Reserve Bank of Zimbabwe’s Deputy Director Banking Operations, Professor Kuveya, 126 drums of the coins were minted at a cost of $386,125.

Central bank governor John Mangudya recently announced that Zimbabwe – currently battling an acute bank note and foreign exchange shortage – was going to get a $300 million top up facility for it’s surrogate currency initiative from the Afreximbank, following the launch of bond notes in November last year. 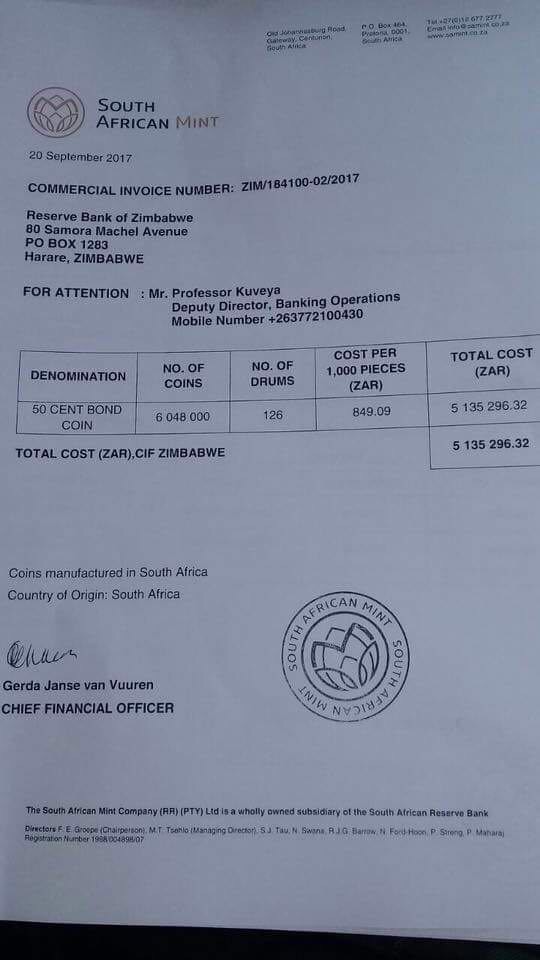 In his Mid-Term Monetary Policy Statement presented in August, Mangudya said he would drip feed the additional currency into cashless Zimbabwe.

The initial tranche of the coins was supported by a $50 million Afreximbank facility.

Unlike the bond notes, which are being externalised into the region, bond coins – which began circulating on December 18, 2014 – have managed to stay in the system.