After the military intervention in November last year that led to the resignation of long-serving Zimbabwean leader Robert Mugabe, a bull run on the Zimbabwe Stock Exchange (ZSE) came to an abrupt stop. But seven months later the bulls are back, strutting their stuff on the ZSE. The market is up 34.06% in just one quarter.

Last year investors felt the economic outlook had changed after Emmerson Mnangagwa took over the top office. Inflation fears emanating from continued printing of bond notes, a currency that authorities claimed had the same value as the US dollar, and the creation of electronic currencies by the central bank had spooked investors.

Until then, stocks had largely been a hedge against inflation but investors felt they no longer served this purpose.

The value of stocks came down from a peak of US$16bn to $9.5bn by end-December 2017. Even the best stocks were not spared.

For instance, in the quarter to March, British American Tobacco Zimbabwe, a local unit of BAT Plc, had dropped 44.2%.

Delta Corp, the beverages and beer maker and the biggest company by market value, fell 41.8% in the same period. Delta is owned by AB InBev.

Axia Corp, Delta, Innscor Africa Ltd and CBZ Holdings were the biggest losers, with the counters falling up to 45.5% in the period.

It seemed there would be no respite from the market rout. By the end of the first quarter of 2018 the top 10 index, representing the 10 largest companies by market capitalisation, had fallen 15.27% since December, while the all share index was down 13.8%. Losses were more pronounced in the biggest companies as investors dumped overpriced stocks and sought out value. 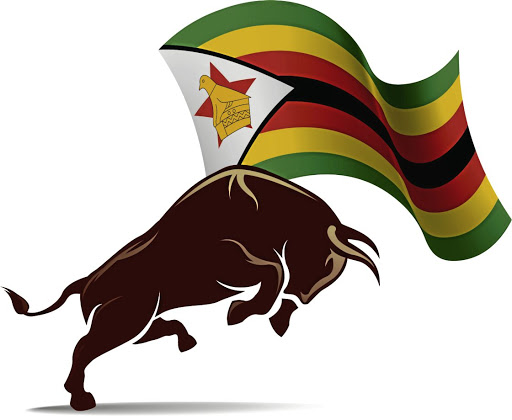 But what is driving this? Analysts say an earnings surprise in the December 31 full-year reporting period could have prompted investors to re-examine prevailing stock valuations after a huge market correction.

The recovery is being led by beer company Delta and tech firm Econet Wireless.

“If Delta and Econet continue gaining, it’s a matter of time before the rest of the market starts rallying again,” says Itai Chirume, co-founder of stockbroking and advisory company MMC.

In April, Delta jumped 34%, the biggest gain on the ZSE, as investors took positions in the counter ahead of a better earnings report.

It’s looking like a repeat of last year’s bull run (which was halted by the army’s ousting of Mugabe). But has it run too hard?

“The market may have overcorrected. The market had corrected on the assumption that the US dollar inflows would dilute RTGS [real-time gross settlement] balances. This may not happen any time soon as there are no [dollar] inflows,” Chirume says.

The ushering-in of the new political dispensation after the military intervention could have left the market feeling “overly optimistic”, he says.

There may be other reasons for the surge in stock values.

But still, investors and asset managers are convinced that nothing fundamental has changed in Zimbabwe.

This, analysts say, is enough to warrant an upside as investors channel funds towards equities to preserve value yet again. Analysts also point out that the market normally experiences a bull run when fund and asset managers hedge their positions ahead of elections. But this time around, it’s looking like a double whammy for investors as they are hedging against both elections and inflationary pressures.

“The earnings season has shown us that listed companies have good earnings. We have seen this trend continuing into the year,” Chirume says.

An analyst with a stockbroking firm who asked not to be named says the market can still climb higher.

“We are now in the middle of a bull run,” he says. “The market has gone up 20%-22% in the past six weeks. We are now expecting some results of Delta and others.

“Other stocks such as Old Mutual should continue rallying … I think the market still has a 10% upside.”

Though it is difficult to predict how high the market will go, currency uncertainty and inflation fears will probably temper this enthusiasm.

Barring anything untoward, the bulls seem on a sustained run on the ZSE. – Financial Mail