LONDON (Reuters) – Sainsbury’s is to buy Walmart’s Asda for around 7.3 billion pounds in a bold attempt to overtake long-time leader Tesco as Britain’s biggest supermarket group by market share.

If it gets regulatory approval, the biggest British deal in the sector for more than a decade will see the second and third-largest food retailers in the country join forces, sparking speculation of further consolidation.

Sainsbury’s and Asda aim to generate savings and buying power to better compete with fast-growing discounters, Aldi and Lidl, a bigger Tesco after its recent 4 billion pounds purchase of wholesaler Booker, and the rise of online shopping, particularly the march of Amazon.

Monday’s cash and share deal also provides a potential exit for Walmart, as Asda, which it bought in 1999 for 6.7 billion pounds, has struggled over the last five years.

Analysts said the deal was a bet that seismic changes in retail would ease any regulatory fears and some speculated that Morrisons and the Co-operative, respectively Britain’s No. 4 and No. 6 players, could respond.

“The most aggressive response by Morrisons would be a bid for Sainsbury’s,” Jefferies analyst James Grzinic said.

Although Britain’s Competition and Markets Authority (CMA) said it was likely to review the deal, Sainsbury’s shares jumped as much as 21 percent, hitting their highest since July 2014, and closed up 14.5 percent. Shares in Tesco and Morrisons closed down 1 and up 1.3 percent respectively.

Sainsbury’s said the deal would deliver a double digit rise in earnings by the second full year post-completion, generate synergies of at least 500 million pounds and enable prices to be lowered by about 10 percent on many products.

Sainsbury’s CEO Mike Coupe, who used to work for Asda, Chairman David Tyler and finance chief Kevin O’Byrne will retain their positions in the merged company. Asda CEO Roger Burnley, who worked at Sainsbury’s for a decade, will continue to run the Asda business, which will retain its brand.

Coupe said “the world has changed and there is more competition than ever,” since Morrisons’ takeover of Safeway in 2004 – the sector’s last mega deal.

“One thing I can say with certainty is that the CMA will not ask us to close stores. The CMA may or may not ask us to sell stores,” he said, adding they would be sold as trading entities.

Analysts said buyers could be hard to find. “We see no chance of it getting through the CMA without a major dismemberment of the combined business,” Peel Hunt analyst Charles Hall said, adding Morrisons was the only viable buyer of a large chunk.

The surprise decision by the CMA to unconditionally clear the Tesco/Booker deal has encouraged Sainsbury’s and Asda to believe they could get a viable transaction through and Coupe wants the CMA to fast track to a “phase 2” examination so that the deal can be completed in the second half of 2019.

Together, Sainsbury’s and Asda have around 2,800 stores, more than 330,000 employees and a combined market share of 31.4 percent versus Tesco’s 27.6 percent, according to market researcher Kantar Worldpanel.

The two have different cultures and appeal to different customers, with London-based Sainsbury’s strong in own-brand products, and Asda, headquartered in Leeds, northern England, focused on price. There is, however, a significant overlap in Northern Ireland.

Bernstein analyst Bruno Monteyne pointed to the execution risks, noting Morrisons-Safeway lost 28 percent of their sales through a combination of store sales, integration problems and culture clash when they merged.

Some 350 million pounds of the planned synergies would come from buying savings, and 75 million from putting branches of Sainsbury’s general merchandise specialist Argos into Asda stores. Sainsbury’s bought Argos in 2016 for 1.1 billion pounds.

After a two-year lock-up period, Walmart is allowed to reduce its stake in the combined group to 29.9 percent, and after four years could exit completely. 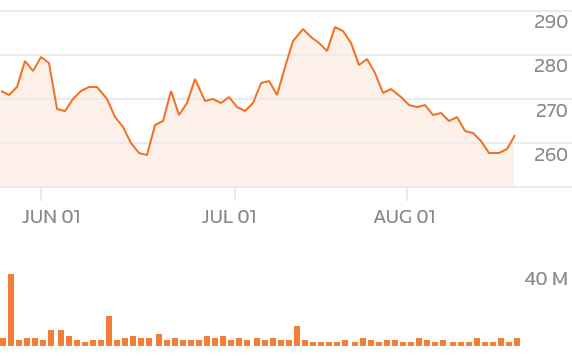 Walmart International boss Judith McKenna said the firm, which will take two seats on the board of the combined business, will be a long term partner.

The Qatar Investment Authority, currently the largest shareholder in Sainsbury’s with a 22 per cent stake, said it supported the deal.

A break fee equal to 1 per cent of Sainsbury’s market capitalisation is payable on both sides.