News Ticker
FINANCE Minister Mthuli Ncube’s prophecy that prices of basic goods in terms of RTGS$ were, in fact, going down looks like is coming to pass.

Professor Ncube in June said that reforms which are being implemented by the government are starting to bear fruit and are going to result in the reduction of prices of commodities starting next month.

Minister Ncube said prices of basic goods in terms of RTGS$ were “grossly inflated” adding that Treasury calculations indicate prices were in fact going down. 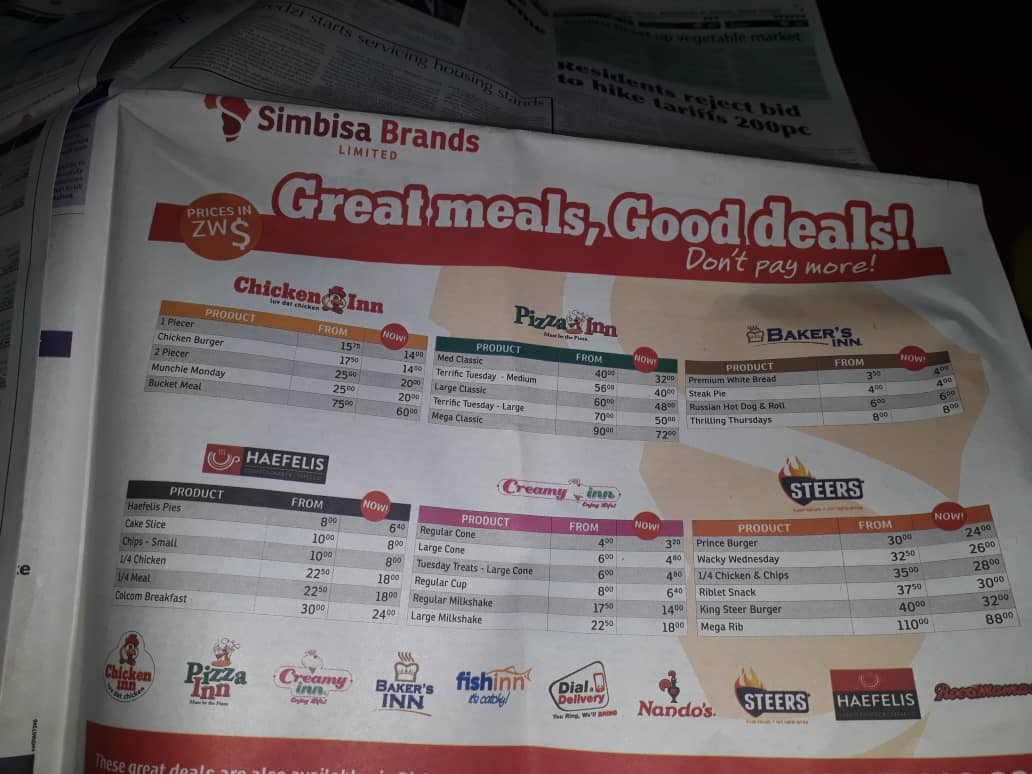 “The reforms being implemented by Government under the Transitional Stabilisation Programme of October 2018 to 2020, are beginning to show positive developments as the twin deficit challenge of the fiscal and the current account are coming under control.

“Government has started realising a budget surplus. On the other hand, with regards to prices, fiscal consolidation measures, reinforced with a tight monetary stance together with liberalisation of the exchange rate are containing inflationary pressures which are expected to slow down in the third quarter of the year.

The minister said that the government restrained expenditure by reducing the wage bill. He also said that there were also measures to improve the Zimbabwe Revenue Authority (ZIMRA)’s Tax Management Revenue System which was effective in minimising revenue leakages.

He also said that the tax enhancement measures such as the 2% contributed much to the likely reduction of prices.