U.S. futures initially fell on the news, but recovered all of the losses, with the Nasdaq .IXICopening at a record high.

“I don’t think Tillerson out and his replacement is a shock to the market that lasts very much at all. The turnover in the Trump administration is so high,” said David Kotok, chairman Of money management firm Cumberland Advisors, Sarasota, Florida.

The news comes just a week after the departure of Trump’s economic adviser Gary Cohn in the wake of a surprise turn towards new trade tariffs on steel and aluminum. 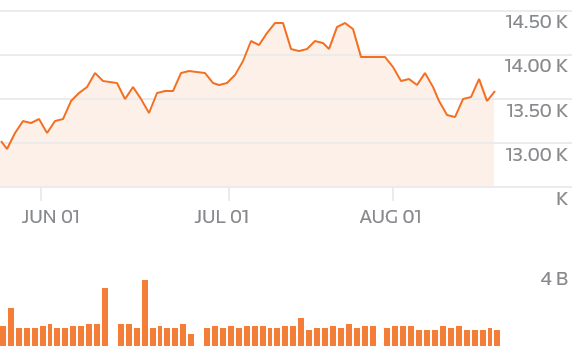 The markets took comfort from data that showed U.S. consumer price growth slowed in February amid a decline in gasoline prices and a moderation in the cost of rental accommodation.

The data was the latest indication that an anticipated pickup in inflation probably will be only gradual, providing little reason for the Federal Reserve to raise interest rates more than three times in 2018.

“It certainly presents some more difficult questions for the central bank if they look to embark on a more aggressive hiking cycle next week. What’s the end point for them? How do they expect to get inflation materially higher if they are already starting to see some signs of spotty weakness,” said Aaron Kohli, interest rate strategist, BMO Capital Markets in New York.

All the 11 major S&P sectors were higher and 28 of the 30 Dow components were in the positive territory.

General Electric (GE.N) was among the top decliners, falling 4.3 percent after JPMorgan cut its price target on the stock to $11 from $14, saying the industrial conglomerate was not a“safety stock” in a volatile market.