The Ministry of Foreign Affairs on Friday summoned the Ambassador of the United States of America Brian Nichols to express Zimbabwe’s displeasure over the imposition of sanctions on the country’s Ambassador-designate to the Republic of Tanzania Lt General (Rtd) Anselem Sanyatwe.

In a statement issued of Friday the Ministry said, “The decision by Washington is regrettable as it comes at a time that government is intensifying the implementation of political and economic reforms including the Motlanthe Commission’s recommendations.” 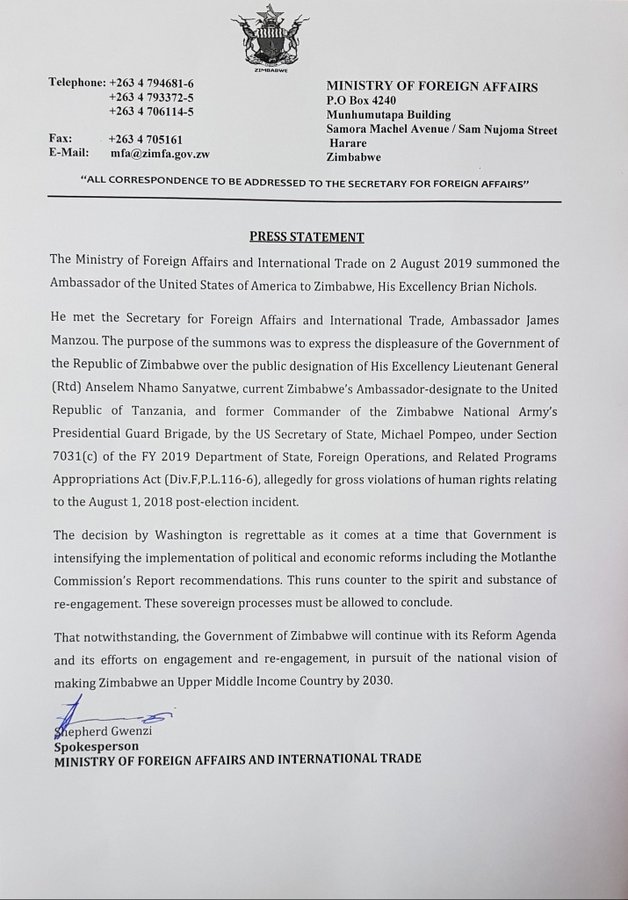 Commenting on the matter Chamisa’s sidekick Pedzisai Ruhanya said, “Which political reforms is Mnangagwa implementing? Abductions and treason charges are not reforms. It’s authoritarian consolidation and regime preservation as accurately describe by the US government.