Twitter listed the rules that could have lead to the suspension of matigari’s account and said one’s account will be suspended if they violate any of the following rules:

It is still not clear which one of the rules Matigari’s account violated. Matigari is a well-known government and President Mnangagwa supporter who would support and defend and in some instances mock anyone who was on the other side of President Mnangagwa’s administration. The account had over 161 000 followers before it was suspended. 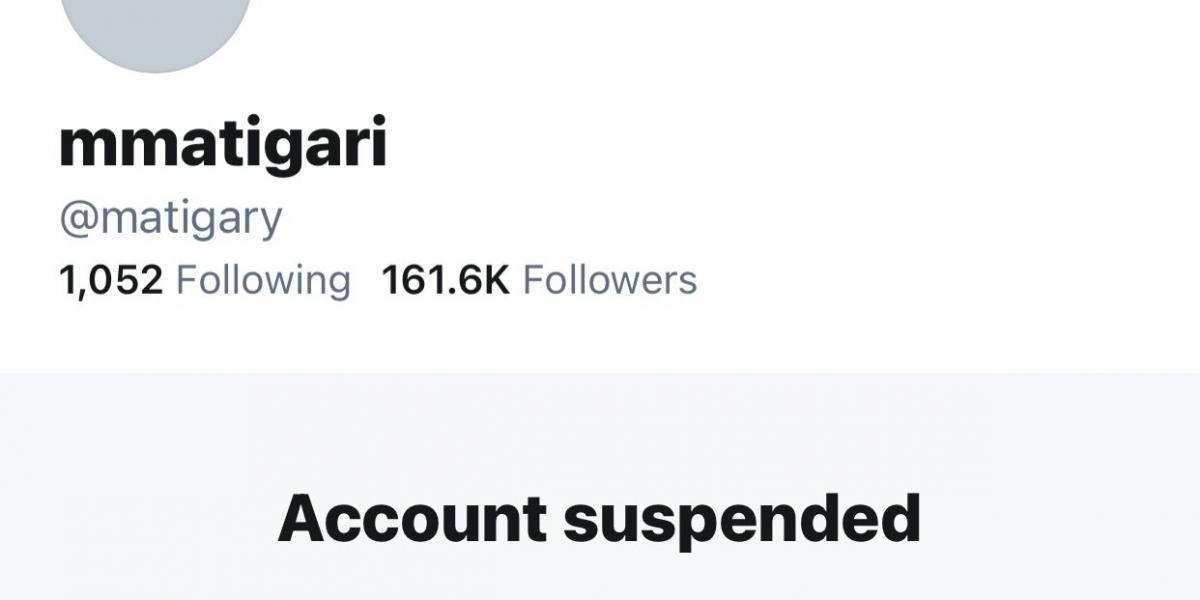 In January Twitter suspended the account of Donald Trump for tweeting falsehoods just before he left office.