In the office of one of the Western countries’ ambassadors in Harare, my gaze is drawn to a tin container on the table. The ambassador had asked not to be named and requested the meeting to be off the record.

On the container is a picture of a pipe and beneath it are the words “Ceci n’est pas une pipe”. Perhaps noting that my attention had been caught by the object, my host picked it up and explained the meaning of the image. It is by René Magritte, a Belgian surreal artist, and the words inscribed below the image of the pipe mean “this is not a pipe”.

He gives a hearty chuckle and goes on to borrow the words of Magritte to sum up his thoughts about the events of November 2017 when former president Robert Mugabe was forced to resign under military pressure. In a witty play on words, he tells me: “This is not a coup.”

Quickly, he adds: “But in fact we all knew that it was a coup, it ticked all the boxes of a coup, but we deliberately also came together as the diplomatic community and agreed not to call it as such. We used the words ‘military intervention’. I guess we also wanted to give this thing a chance to see where it would go.”

The term “military intervention” was coined by the army to justify its actions in taking over the temporary running of the affairs of the country from Mugabe. It was first used by Major-General Sibusiso Moyo, who appeared on the national broadcaster in the early hours of November 15 to announce the military action that had occurred overnight. Moyo was subsequently included in Emmerson Mnangagwa’s new cabinet and appointed foreign affairs minister.

The army deliberately used the term “military intervention” to deflect and avoid the kind of condemnation that a coup could provoke from other countries in the region and internationally and, closer to home, the possibility of charges of treason being brought against them.

Their careful choice of words was also meant to ensure that Mugabe’s successor, Mnangagwa, would not be tainted by the charge of having come to power through orchestrating a coup. This concern for Mnangagwa’s image appears to have paid off. In April he was listed as one of Time magazine’s 100 most influential individuals. 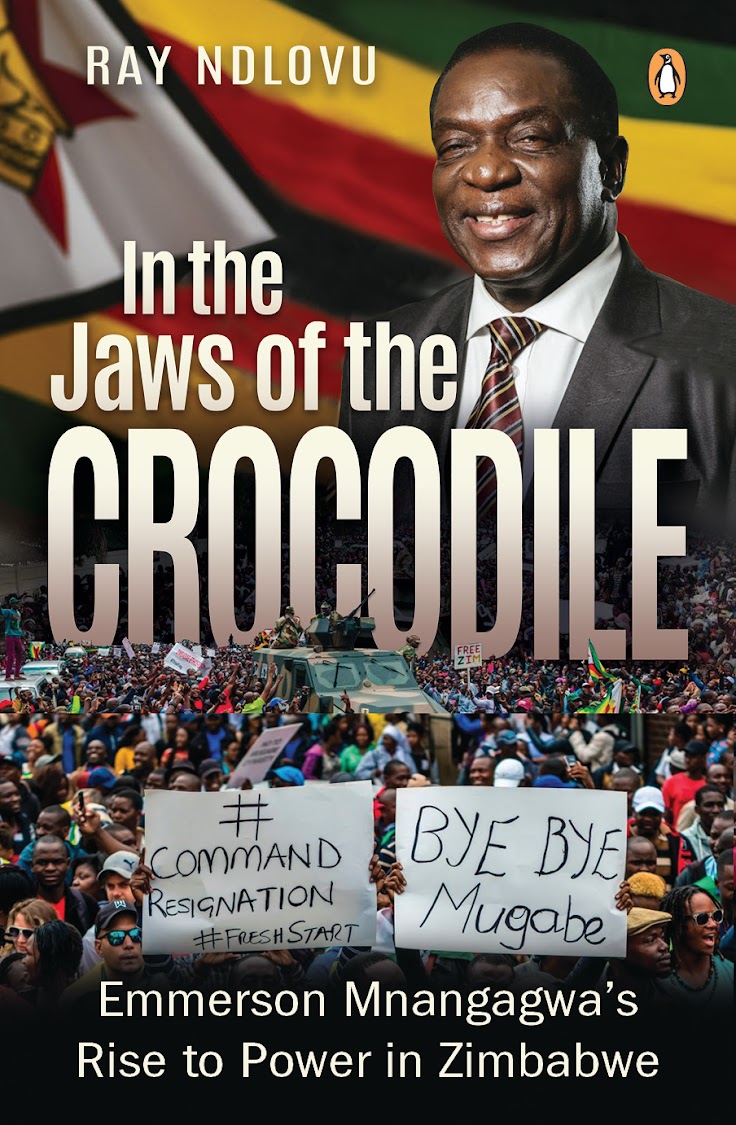 Beyond various media statements released by the Southern African Development Community (Sadc) and the AU,  there appeared to be a strong reluctance on their part to become involved in the affairs of November 2017. In part, the lack of sympathy for Mugabe’s fall was of his own doing.

Within the region he was the last of the founding fathers in Sadc still in power. At 93 years old, Mugabe had ruled Zimbabwe for 37 years but, despite his advanced age and increasing frailty, he was not showing any signs of slowing down. It seemed that his long stay in power bothered him little.

At public gatherings he would often delve into the issue of his succession and vowed never to step down for as long as the people wanted him to stay on. By his side, his wife, Grace, echoed this stance and insisted that even if her husband’s health deteriorated he would rule from the wheelchair and, if he died, he would rule from beyond the grave.

At the time of his fall, Mugabe had made himself available to stand for his eighth consecutive presidential contest in the 2018 elections.

Mugabe’s stance was at odds with the prevailing situation in the rest of the region. Several countries in Southern Africa had in different ways experienced winds of change within their borders in the final years of Mugabe’s rule. New leaders had been sworn in in Zambia, Malawi, Tanzania, Namibia, Mozambique and Botswana.

While his continued stay in power was justified by his supporters as legitimate and unexceptionable, given that he had won open elections, the rest of the countries in the region were having to deal with the consequences of Mugabe’s continuation in office and the impact of his country’s economic ruin.

For nearly two decades, his neighbours had had to absorb a growing number of migrants from Zimbabwe, who had fled from the “sick man of the region”. This can perhaps explain the reluctance of Zimbabwe’s neighbours to assist Mugabe when the army took over power and pushed him out. Several regional diplomats expressed the commonly held feeling that Mugabe had stayed for too long and it was time for the old man to leave.

Already in September 2016, then Botswana president Ian Khama appeared to have had enough of the “Mugabe problem”. He told Reuters that Mugabe should step aside without delay and allow for a new leadership in Zimbabwe, as the country’s political and economic implosion was dragging down the whole of Southern Africa. At the time, Botswana was home to an estimated 100,000 Zimbabweans.

Although this number is relatively small in comparison to the 3-million estimated to have taken refuge in SA, it was large enough to strain the public services of Botswana, whose population is no more than 2.3-million people.

“He should have done it years ago. They have got plenty of people there [in Zimbabwe] who have got good leadership qualities who could take over. It is obvious that at his age and the state Zimbabwe is in, he’s not really able to provide the leadership that could get it out of its predicament. It is a problem for all of us in the region — and it is a burden. There’s no doubt about that,” Khama said.

In 2017, as pressure mounted on Mugabe to step down, Khama repeated his call that the long-time ruler should leave office. “I don’t think anyone should be president for that amount of time. We are presidents, not monarchs. It’s just common sense,” he said.

Khama, who stepped down in April 2018 as Botswana’s leader, attended the inauguration of Mnangagwa on November 24 2017. Other regional heads of state in attendance included Zambia’s Edgar Lungu and Mozambique’s Filipe Nyusi.

How Mugabe felt about being abandoned by his regional peers only became apparent when he spoke to the Sunday Times in March in an exclusive interview at his Blue Roof mansion in Borrowdale in Harare. Mugabe opened up about the disappointment and indeed betrayal that he felt at not receiving help from the region during his darkest hour.

In particular, he singled out former presi­dent Jacob Zuma, who he said “could have done more” to assist him. Zuma was the chairperson of Sadc at the time of the army intervention. Mugabe said Zuma instead had sent “junior officials” who were biased and did not provide the SA government with an accurate report of their findings.

“In a way I feel betrayed, but you have to also look at their con­ditions. Besides SA, most of them did not have the capacity to intervene. SA could have done more, but it didn’t. They set a bad precedent. They [Zuma’s special envoys] had come here, they had seen the situation and then they went to say there was no need for intervention,” Mugabe said.

“That is because they had spoken to the commanders. SA did not have to send an army, but to engage more. You see this group of ministers that came; they gave a false impression that all was OK and they had spoken, not just to us, but also to the soldiers.

“Now if they had spoken to soldiers and then gave out that there was no need for intervention because they had been assured, then the other countries just sat on their laurels and they said: ‘Ah well, SA says there is no need’. Afterward, when the situation became worse, they didn’t want to change their original view,” Mugabe said.

Desperate and isolated, Mugabe went on an offensive to engage regional leaders one by one in an effort to enlist their help. He admits to having spoken to former president Thabo Mbeki, Zambian president Lungu, Mozambican president Nyusi, Kenya’s president Uhuru Kenyatta and Zuma as he lobbied for help. No assistance was forthcoming.

Flanked by his wife during the interview, Mugabe said he believed there must have been a “third hand” at play that had convinced the regional leaders not to step in.

• This is an edited extract of Ndlovu’s book, which will be launched at Exclusive Books in Hyde Park at 6pm on October 18. Source: Business Day