LAWYERS representing Marry Mubaiwa today told the court that her arm might be amputated following her admission to a health institution in Harare last night.

Ms Beatrice Mtetwa told Harare regional magistrate, Mr Lazini Ncube, that Mubaiwa was admitted in hospital after suffering re-fractures on her arm when she fell at the court’s entrance while attending a hearing on assault charges on Monday.

Mubaiwa was supposed to attend court for a judgment on a case she allegedly misrepresented that Vice President Constantino Chiwenga had agreed to solemnise their marriage at a time he was ill in hospital.

Ms Mtetwa then applied that Mubaiwa be remanded to another date from her hospital bed. 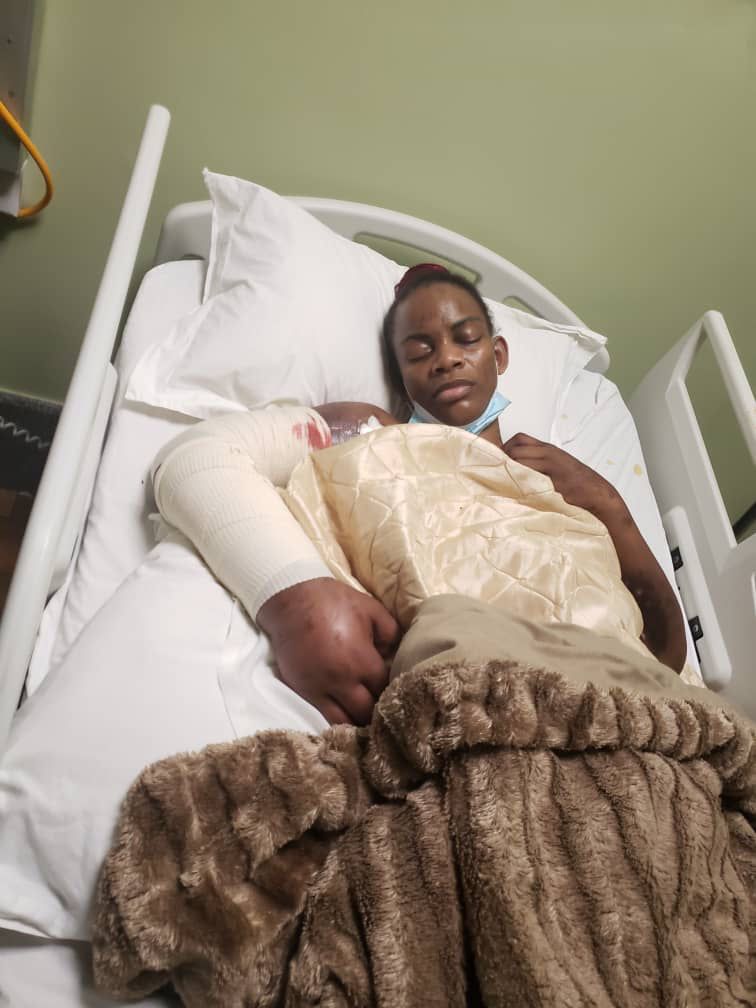 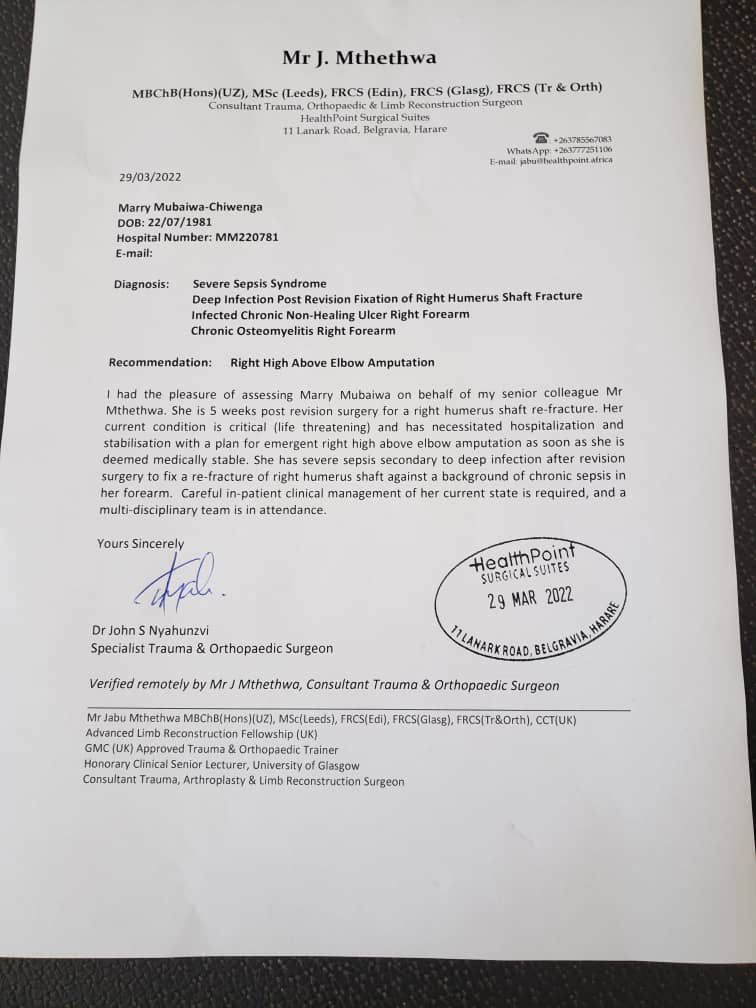